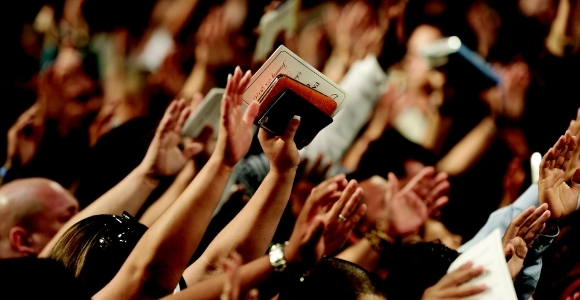 (To listen to this week’s eSight as a podcast click Episode 386: Worshiping in Vain)

“I’m not saying that we can retrospectively make Jesus a critical race theorist because he was not that, and he wasn’t even really talking about that. But we today can build on his individualist critique and ask if there is something here that can also be applied to our social systems today.”

Our reading this week is from the gospel of Mark

The Pharisees and some of the teachers of the law who had come from Jerusalem gathered around Jesus and saw some of his disciples eating food with hands that were defiled, that is, unwashed. (The Pharisees and all the Jews do not eat unless they give their hands a ceremonial washing, holding to the tradition of the elders. When they come from the marketplace they do not eat unless they wash. And they observe many other traditions, such as the washing of cups, pitchers and kettles.) So the Pharisees and teachers of the law asked Jesus, “Why don’t your disciples live according to the tradition of the elders instead of eating their food with defiled hands?” He replied, “Isaiah was right when he prophesied about you hypocrites; as it is written: ‘These people honor me with their lips, but their hearts are far from me. They worship me in vain; their teachings are merely human rules.’ You have let go of the commands of God and are holding on to human traditions.” Again Jesus called the crowd to him and said, “Listen to me, everyone, and understand this. Nothing outside a person can defile them by going into them. Rather, it is what comes out of a person that defiles them.” For it is from within, out of a person’s heart, that evil thoughts come—sexual immorality, theft, murder, adultery, greed, malice, deceit, lewdness, envy, slander, arrogance and folly. All these evils come from inside and defile a person.” (Mark 7:1-8, 14-15, 21-23)

There is a lot in this week’s reading. Let’s jump right in.

First, the text names the “Pharisees and some teachers of the law.” It is possible that Jesus himself had training in the Pharisaical school of Hillel. Yet those who were in power in Mark’s gospel were the Pharisees of the school of Shammai. I’ve written at length on the distinctions between these two schools of thought and Torah interpretation in The Golden Rule, Woes against the Pharisees, Woes against the Exegetes of the Law, and Renouncing One’s Rights, so I won’t repeat all of that information here. It’s enough to say that this week’s passage could have been attributed to Hillel the Pharisee as much as we attribute it to Jesus in Mark’s gospel. The language and emphasis is very Hillelian.

I share this because throughout history Christians have used the label of Pharisee as a disparaging or derogatory title very carelessly and in very antisemitic ways. Some Christians continue to do so today. We can do better. I want to offer an alternative to these common, anti-Jewish interpretations, and shed some light on why the gospel of Mark speaks so disparagingly of “Pharisees,” I believe, particularly those of the school of Shammai. The following interpretation is not my own but found in Ched Myers’ excellent commentary on the gospel of Mark, Binding the Strong Man.

Myers argues that the gospel of Mark uses the characters of Pharisees and teachers of the law not to pit Christians against Jews, but to help us understand classism within the Jesus stories and the conflict between upper classes (the elites) and the lower classes (the marginalized).

In Mark’s version of the Jesus story, Jesus’ society was shaped like a cone, with the Sadducees at the center and top of the cone. Right below them were the Pharisees, competing for power. This society also used faithfulness to the traditions of ritual purity and “cleanliness” to determine who were insiders and who were outsiders, who would be centered in that society and who would be pushed to the margins, and who was at the top of the pyramid and who was at the bottom.

The Sadducees were much more conservative in interpreting which behaviors enabled someone to be pure or “clean.” The Pharisees, by contrast, used a more liberal, “progressive” interpretation of purity standards. This enabled more people from the masses to claim cleanliness and therefore avoid being socially disenfranchised. If we were to look at this anachronistically, the Pharisees could be called the blue-collar, working person’s religious leaders, whereas the Sadducees were the religious leaders of the elite and the wealthy who could afford to live up to the Sadducees’ strict standards and their interpretations of who was pure and in or impure and out.

Myers uses the Pharisees’ and Sadducees’ differing interpretations of Leviticus 11:38 and of eating domesticated, unirrigated grain versus imported grain from Egypt, which was irrigated but also much cheaper and so affordable for those with less means. Follow closely:

“According to Leviticus 11:38 if water is poured upon seed it becomes unclean. The passage, however, does not distinguish between seed planted in the soil and seed detached from the soil . . . In years of poor harvests, a frequent occurrence owing to poor soil, drought, warfare, locust plagues and poor methods of farming, this text was a source of dispute. Why? During such lean years, grain was imported from Egypt. But the Egyptians irrigated their fields (putting water on seed) so that their grain was suspect, perhaps even unclean. The Sadducees judged that such grain was unclean and anyone consuming it also became unclean. They were quite willing to pay skyrocketing prices commanded by scarce domestic grain because they could afford it. . . . One senses economic advance being sanctioned, since the Sadducees were often the large landowners whose crops increased in value during such times. By contrast the Pharisees argued that the Pentateuchal ordinance applied only to seed detached from the soil; therefore . . . one could be observant and still purchase Egyptian grain.” (Ched Myers; Binding the Strong Man: A Political Reading of Mark’s Story of Jesus, p. 76)

The Pharisees had a more inclusive interpretation than the Sadducees, but even their broader understanding still left some excluded and outcast. Most of all, their interpretation used the needs of the working class as leverage in their power competition with the Sadducees. In Mark’s stories, Jesus sees through this. Though the Pharisees were relevatively more inclusive, they still benefitted from a classist system that left others on the margins.

Jesus emerges in the story as the prophet of the outcasts, whether they are outcast by Sadducees or by Pharisees.

But it was classist and elitist. To put it in terms used by Karl Marx, handwashing was bourgeois. Remember this was way before the discovery of germ theory: it was not about cleanliness as we now understand it. Handwashing in this week’s passage was about one’s dedication to Torah observance or rather their interpretations of and adherence to society’s definition of purity.

And Jesus cuts straight to the heart of the matter. It is not unwashed hands that are harmful in a society, he says, but “sexual immorality, theft, murder, adultery, greed, malice, deceit, lewdness, envy, slander, arrogance and folly.”

Today, in certain sectors of Christianity, we could apply these same principles. It’s not church attendance, offering size, worship music tastes, watching Fox News as your news media of choice, wearing the political label of “pro-life” or the claim of being a “Bible-believing, born-again Christian” that makes you an insider. Jesus could just as accurately say to us: “They worship me in vain; their teachings are merely human rules.’ You have let go of the commands of God and are holding on to human traditions.”

What truly threatens a person’s, a community’s, or a society’s wellbeing are greed, classism, scapegoating immigrants, a distrust of science, bigotry, racism, homophobia, transphobia, misogyny, nationalism, exceptionalism, and supremacist ways of thinking and viewing the world. These are all things that come from within and are intrinsically harmful and destructive of our human communities—our life together. Jesus’ teaching could be broadened here to parallel contemporary analysis of systemic-isms or kyriarchy. Racism isn’t only internal to individuals, for example; it’s embedded in social policy and custom and culture as well as internal bias and socialization. I’m not saying that we can retrospectively make Jesus a critical race theorist because he was not that, and he wasn’t even really talking about that. But we today can build on his individualist critique and ask if there is something here that can also be applied to our social systems today.

Lastly, I don’t interpret Jesus here as simply giving his followers a new list of rules that allowed them to go on practicing the ways of marginalizing others, just with a more internalized standard. I see him doing something much different. By naming the things his new list, I see him calling the very ones who are marginalizing others based on something as silly as washing their hands to do a little introspection and see if there were things within themselves, practices that they themselves engaged in that harmed others or themselves.

And how are we as Christians today worshipping Jesus in vain, holding up elements of Christian culture as the test of who is in and who is out in the midst of our political culture-war, all the while engaging in practices that quite literally in this time of pandemic harm people around us.

What would the Jesus of our story this week say to us today?

And to those of you out there who already are supporting this ministry, we want to say thank you.  We continue being a voice for change because of you. 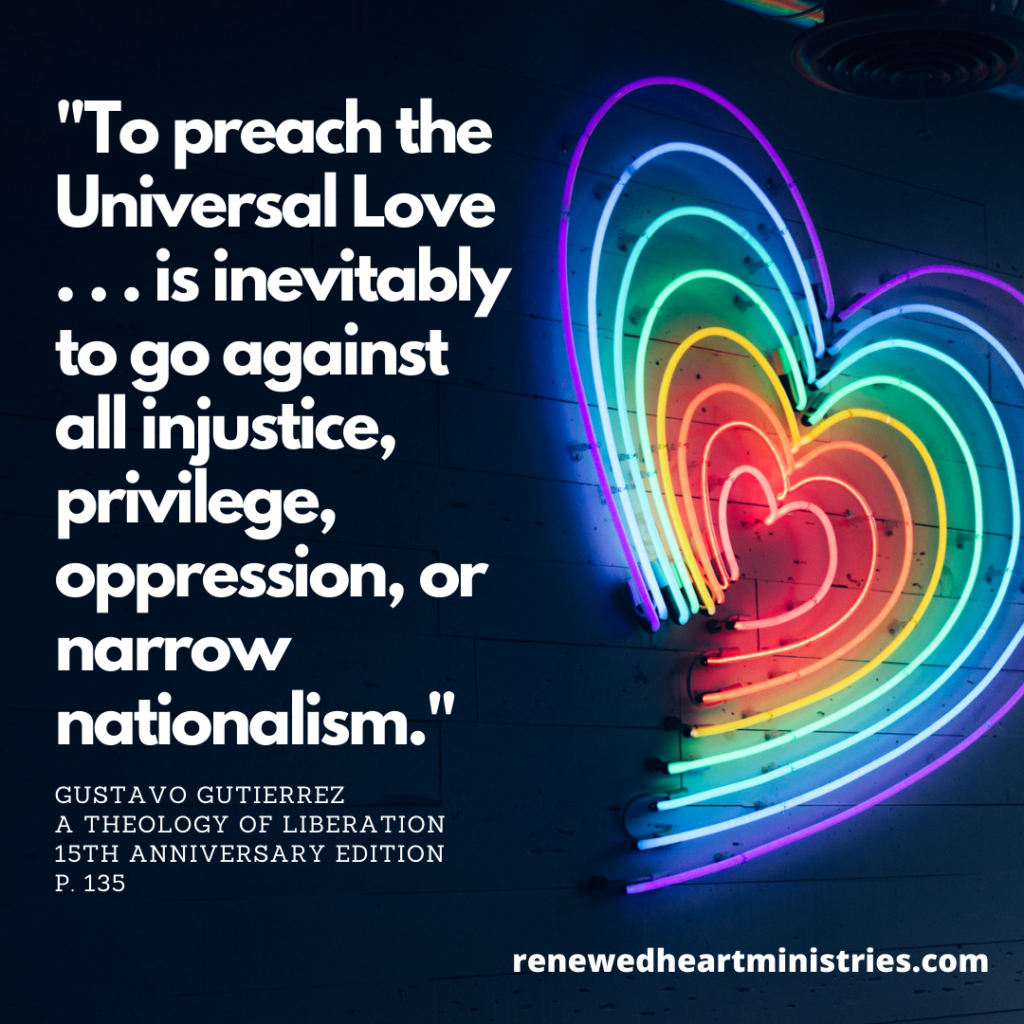