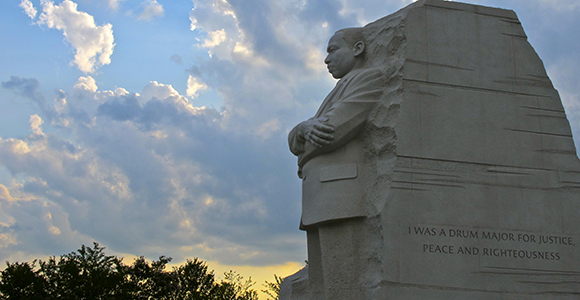 Matthew 23:4: “They tie up heavy, cumbersome loads and put them on other people’s shoulders, but they themselves are not willing to lift a finger to move them.”

Matthew 23:13: “Woe to you, teachers of the law and Pharisees, you hypocrites! You shut the door of the kingdom of heaven in people’s faces. You yourselves do not enter, nor will you let those enter who are trying to.”

Matthew 23:29-32: “Woe to you, teachers of the law and Pharisees, you hypocrites! You build tombs for the prophets and decorate the graves of the righteous. And you say, ‘If we had lived in the days of our ancestors, we would not have taken part with them in shedding the blood of the prophets.’ So you testify against yourselves that you are the descendants of those who murdered the prophets. Fill up, then, the measure of the sin of your ancestors!”

Luke 11:46: “Jesus replied, ‘And you experts in the law, woe to you, because you load people down with burdens they can hardly carry, and you yourselves will not lift one finger to help them.’”

Luke 11:52: “Woe to you experts in the law, because you have taken away the key to knowledge. You yourselves have not entered, and you have hindered those who were entering.”

Gospel of Thomas 39:1-2: “Jesus says: The Pharisees and the scribes have received the keys of knowledge, but they have hidden them. Neither have they entered, nor have they allowed to enter those who wish to.’”

A century before the destruction of Jerusalem in 70 CE, Hillel the Elder, a Pharisee, described the entire Torah in terms of the Golden Rule: “What is hateful to thee, do not unto thy fellow man: this is the whole Law; the rest is mere commentary” (Shab. 31a). Hillel’s contemporary, Shammai, sought to protect Jewish identity through strict interpretations of the Torah and its purity codes that shored up divisions between Jews and Gentiles.

After Hillel’s death and during the days when Jesus taught, the school of Shammai had the upper hand among the working class’s religious teachers in Galilee and Judea. Jesus’ teachings have few parallels with Shammai and have much in common with Hillel, but some elements, in solidarity with the poorer sectors of Jewish society, are unique to Jesus himself. The Pharisees resonated deeply with the working class in Jesus’ day. And I believe that much of Jesus’ critique of the teachers and leaders was directed toward the school of Shammai, not the school of Hillel. Jesus’ critique of the Shammai Pharisees in the saying we’re considering this week could just as easily have been made by Hillel a generation before.

This week, also keep in mind Matthew’s use of phrase “Kingdom of Heaven.” Luke prefers the phrase “keys to knowledge.” Either way, what we have witnessed from the Jesus of Sayings Gospel Q is a focus on the here and now, not the hereafter. Matthew’s gospel is a very Jewish, Galilean telling of the Jesus story, and many today have noticed that rather than using the phrase “Kingdom of God”, Matthew’s gospel replaces the word “God” with “Heaven.” Remember this: the Jesus of Q is concerned much less with people gaining access to a post mortem cosmic heavenly realm that keeps them passive in the face of injustice now, and much more passionate about announcing the arrival of the Kingdom of God or the Kingdom of Heaven here on earth today. This Jesus is less concerned with getting people to heaven at some point in the future and much more focused on bringing the liberation of heaven into people’s lives now.

We must critique versions of Christianity that are radically privatized and/or intentionally removed from all social politics, and we must also critique interpretations of Jesus’ teachings that are opiates for the oppressed and encourage them to be passive in the face of injustice.

The most striking potential connection between our sayings this week and the Pharisees’ view of the school of Shammai is the warning about “exegetes of the Law” who “bind burdens and load on the backs of people” and “do not want to lift your finger to move them.” The exegetes of the school of Shammai were meticulous in adhering to the purity codes (as we saw last week, cf. Matthew 23:23; Luke 11:42), but not very concerned about the economic burdens facing the poor among their constituents. Actually, that’s a bit of a misnomer. They were very concerned about the poverty of the poor, but attached moral significance and value to it. If you were poor, you must have broken the purity codes somewhere and YHWH was punishing you. This was a way of interpreting Deuteronomy 28: if you were poor, you weren’t being exploited by the wealthy, you were morally inferior to those whom YHWH was blessing for adhering to the Torah.

This jumps out at me in three ways. First, it is blames people for their oppression. Second, as many today do in relation to America’s economic and military status on our globe, religious people often attribute wealth to being “blessed by God” rather than reaping the fruit of stolen or hoarded resources gained by exploiting others. Manifest destiny and the long continuing history of colonialism are examples. And third, Christianity has done both social good and social harm, like the school of Shammai. All religions can be a powerful force for good, survival, resistance, and liberation, or they can be used instead to oppress, marginalize, exclude, and extricate. The choice is ours.

I’m happy to be able to say that the Pharisees and rabbis later rejected the school of Shammai as harmful and chose Hillel’s golden-rule-based interpretation of the Torah instead. The internal struggle among the Pharisees that we glimpse in our saying this week was resolved on the side of compassion and love rather than sacrifice in the first century (cf. Hosea 6:6).

Jesus and the Pharisees of the school of Hillel had much in common. Consider the interaction between Jesus and a follower of Hillel in Mark’s gospel:

“Well said, teacher,” the man replied. “You are right in saying that God is one and there is no other but him. To love him with all your heart, with all your understanding and with all your strength, and to love your neighbor as yourself is more important than all burnt offerings and sacrifices.” When Jesus saw that he had answered wisely, he said to him, “You are not far from the kingdom of God.” And from then on no one dared ask him any more questions. (Mark 12:32-34 cf. Hosea 6:6 & Matthew 9:13; 12:7)

Those who subscribed to the school of Shammai’s Torah interpretations would have been very put off, and perhaps even angered, by some of Jesus’ more inclusive choices (such as Luke 15). They were refusing to enter into what Jesus called the reign of God and they did their best to use their influence to obstruct the way for everyone around them and call that way dangerous as well.

Now that he is safely dead

Let us praise him

build monuments to his glory

sing hosannas to his name.

to challenge the images

we would fashion from their lives

it is easier to build monuments

than to make a better world.

So, now that he is safely dead

we, with eased consciences

will teach our children

that he was a great man… knowing

that the cause for which he lived

is still a cause

and the dream for which he died

is still a dream,

These words, first written about Malcolm X, and then applied to King, could also be applied to the Hebrew prophets and to Jesus as well.  And they offer much to consider in the context of Monday being Dr. Martin Luther King, Jr. day.

This year, let’s not simply build monuments for those whom the system has silenced and we have silenced too. Let’s instead make the choice to engage in the hard work of making a better world.

Last week, I asked your groups to re-center your focus on compassion and justice, and to pick a practice that would facilitate this refocusing. This week, lean further into that same exercise.

This year, like every year, is packed with our potential to make our world a safer, more just, more compassionate home for all of us. Each of us can do something big or small in our circles of influence. Reach out this week and make action your choice.

Keep living in love, and in the words of our saying last week, a love that finds expression through living in justice, mercy and faithfulness to the marginalized and exploited, as well.