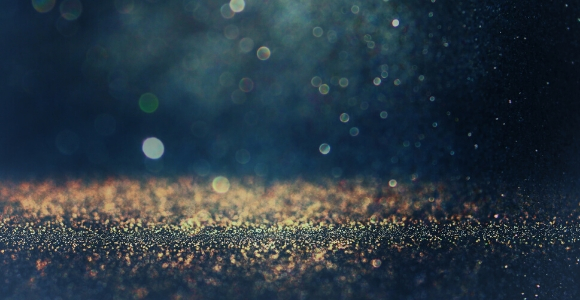 “Seen in their original context, Luke’s birth narratives for Jesus subvert the Roman economic, political, social, and theological systems of their day. Do these stories offer anything to our justice work today and if they do, what?”

“I bring you good news that will cause great joy for all people.” (Luke 2:10)

Seen in their original context, Luke’s birth narratives for Jesus subvert the Roman economic, political, social, and theological systems of their day. Do these stories offer anything to our justice work today and if they do, what?

To answer these questions, we have to go back and try to read the story from the social locations of its intended audience. These narratives are primarily concerned with this world and this life, not with heaven. Too often, the birth narratives of Jesus are read through the lens of salvation defined as an entrance into post-mortem heaven. But that is not how the original Jewish Jesus community would have heard these stories.

That community was concerned with the whole of life, not merely with an afterlife. A “spiritual” or afterlife application of these narratives became the dominant interpretation through the expanding Roman Empire’s culture and European colonialism. Reading the gospel narratives with an otherworldly focus has had intensely destructive fruit since then. Before imperial Christianity, people understood these narratives as being about the transformation of this world. They were not solely theological; they were political, economic, and social, as well as theological! And they pointed toward the hope of the end of violence, injustice, and oppression: good news, of great joy, for all people.

“What would you think of a book that started with the opener, ‘I am going to discuss Mahatma Gandhi as a Hindu saint, but I’ll skip all that distracting stuff about British imperial India’? Or another with, ‘I am going to describe Dr. Martin Luther King, Jr., as a Christian saint, but I’ll get right to his biography and skip all that stuff about racism in America as background baggage’? You would know immediately that something is seriously wrong with those authors’ presentations.”— Marcus Borg and John Dominic Crossan, The First Christmas, p. 55

The political context of the Jesus stories could forever change how we read the birth narratives of Jesus. In Luke, these narratives were originally intended to subvert the systemic injustice in the Roman Empire. They speak to our time too. Systemic racism continues to thrive, xenophobia toward refugees and Muslim Americans flourishes, and U.S. militaristic methods of achieving peace are continually touted by those who carry the name of this babe from Bethlehem.

If we are to rediscover the original subversive power of these stories and rightly apply them to our justice work today, we must begin by reading them in the matrix of Imperial Rome alongside the hopes of many in first-century Judaism. The titles given to that babe in a manger were, in the Roman world, titles given to the emperor, Caesar. The Gospel of Rome promised peace through victory achieved by violence. The conquered interpret this kind of peace in a vastly different way than their conquerors do. The Gospel of the Early Jesus Community envisioned a peace through a restored distributive justice for all, through a distinctly nonviolent transformation.

Luke’s birth narrative is quite different from Matthew’s. One difference is that Luke’s narrative centers the voices of women more than Matthew’s does. Luke and Matthew’s birth narratives also differ in geography: Luke progresses from Nazareth to Bethlehem to Nazareth with no time spent in Egypt. Matthew starts in Bethlehem then moves to Egypt, and then from there moves onto Nazareth. Finally, unlike Matthew’s narrative, which was for Jewish, Jesus-followers in Galilee, Luke’s narrative is for a broader Gentile Jesus-following audience. This may help to explain why Matthew treats the Herodians in Galilee as the tools of Rome while Luke takes a much more direct aim at Caesar himself.

These stories are not about a debate between Christianity and Judaism. We do see an early hybrid Christian-and-Jewish move against Roman imperialism. Early Jewish Jesus-followers lived within Judaism and while they were in dialogue and even compete with the other Jewish voices, they were still Jewish.

This is the backdrop I want us to see behind Luke’s birth narrative. In Luke, we’re not seeing Jesus versus Judaism, but rather Jesus versus Rome. We can find signs of a growing anti-Semitism in early Christianity in Luke’s gospel, not as much in Luke as we find in John. Yet Luke contains more than Matthew, and definitely, more than we find in Mark.

We can explore Luke’s agenda when we read Luke’s birth-narratives of Jesus through these filters:

We’ll start with Roman imperialism, and work our way backward.

When we speak of Roman imperialism, we’re referring to the integration of military, economic, political, and theological/philosophical layers in Rome. This four-pronged imperialism was a method of economic distribution; a type of human, social organization; a social order and its exercise of (or lack of) distributive justice; and specifically, Rome’s vision for peace within its empire.

During the time of Luke’s birth narrative, it was Augustus Caesar who received the titles Divine, Son of God, God from God, Lord, Redeemer, Liberator, and Savior of the World. Rome had experienced several civil wars as a democratic republic and had regressed to the point of disintegration when Octavian, later called Augustus, became Rome’s savior. Through Augustus, Rome transitioned from an imperial republic to an imperial monarchy, and Augustus was regarded as a god. In addition to his other titles, he was dubbed Augustus in Latin (one who is divine) and Sebastos in Greek (one who is to be worshipped). Temples were inscribed to him with the dedication, “The Autocrat Caesar, the Son of God, the God to be worshipped.”

Scholar Adolf Gustav Deissmann once wrote of “the early establishment of a polemical parallelism between the cult of Christ and the cult of Caesar in the application of the term kyrios, ‘lord’” (Light from the Ancient East, p. 349). Rome’s theology was larger than Caesar and included the worship of deities like Mars the god of war, but Caesar was worshipped as the incarnate representation of the Divine.

Knowing Augustus’ birth-narratives reinforces this. The story was that on the night of Augustus’ conception, his father dreamed that the sun rose from his wife Atias’ womb: Caesar Augustus was the coming of light to the world. Augustus was believed to be the “Son of God” fathered by Apollo, and Apollo in turn was the “Son of God” fathered by Zeus, the supreme god of the Roman and Greek pantheon.

This description of Augustus Caesar’s conception is from the 2nd Century CE and cites an Egyptian story about Augustus that dates to 31-29 BCE:

“When Atia [Augustus’ mother] had come in the middle of the night to the solemn service of Apollo, she had her litter set down in the temple and fell asleep, while the rest of the matrons also slept. On a sudden, a serpent glided up to her and shortly went away. When she awoke, she purified her self, as if after the embraces of her husband, and at once there appeared on her body a mark in colors like a serpent, and she could never get rid of it; so that presently she ceased ever to go to the public baths. In the tenth month after that Augustus was born and was therefore regarded as the son of Apollo.” (Suetonius, The Twelve Caesars, p. 94.4, emphasis added)

An ancient inscription in modern Turkey refers to Augustus as “divine Augustus Caesar, son of a god, imperator of land and sea, the benefactor and savior of the whole world.” So Caesar Augustus, conceived of Apollo, was, in Roman theology, the Savior of the World, and Luke’s gospel responds to that context.

This is why the Christmas stories for Luke’s gospel are significant: Luke’s birth narratives allow the author to draw a deep contrast between Rome’s vision for society (the Pax Romana) and Jesus’ vision for a society of distributive justice, especially for the presently marginalized. This contrast provides rich insights for us today who are also working toward a world characterized by distributive justice for all.

We’ll see this more deeply as we discuss Judaism within the systemic injustice and oppression of Roman imperialism next week. I wanted to start this series by showing how deeply Luke’s birth narratives about Jesus are political contrasts between Jesus and his vision for society and Caesar and Rome’s vision for society.

Those who allow the Jesus story to speak into their lives today as we all work together to shape our world into a safe, compassionate, distributively just home for everyone will have lots to consider.

Wherever you are, keep choosing love, compassion, taking action, and reparative and distributive justice.

Remember, all donations to Renewed Heart Ministries, this month, are being matched dollar for dollar. Through this generous offer, you can your support go twice as far here at the end of the year. Also, we are offering a special thank you gift to all our sustaining partners. To find out more and how you too can become a sustaining partner go to renewedheartministries.com and click the Shared Table Fundraiser image.

Happy holidays to you all.