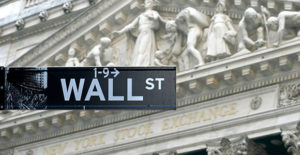 “For John came to you. The tax collectors responded positively, but the religious authorities rejected him.” (Q 7:29-30)

Matthew 21:32: “For John came to you to show you the way of righteousness, and you did not believe him, but the tax collectors and the prostitutes did. And even after you saw this, you did not repent and believe him.”

An Appeal to John’s Followers

Let’s step back and look at what’s taken place in Sayings Gospel Q so far. We’ve ended the core of Q’s teaching section. Next was the story of the Centurion that set us up for Jesus’ interaction with John’s disciples. This focus on John’s followers can be further subdivided into four parts:

I believe the Q community used this section of the writings to reach out to John’s former followers and welcome them into the Jesus community. These two communities overlapped, and this part of the Sayings Gospel Q attempts to combine the communities into one. In both Judea and Galilee, these followers would have been minorities within the larger Jewish population. It’s not hard to imagine them pressing together to find community and support.

What can we learn today from this week’s saying?

Today, we often contrast tax collectors and Pharisees in terms of the Jewish Torah tradition. The Pharisees are presented as strict adherents of Jewish purity codes whereas tax collectors are assumed to have colluded with Rome and lived disregarding the Torah.

But this contrast is a great oversimplification, and fails to challenge the status quo in our own thinking.

There was a cultural contrast between the 1st Century tax collectors and Pharisees. To see it, let’s go to a story that only appears in Luke’s gospel. We’ll come right back to Q, but first consider the story of the rich man and Lazarus that Jesus told in Luke 16:19-21.

The story begins this way: “There was a rich man who was dressed in purple and fine linen and lived in luxury every day. At his gate was laid a beggar named Lazarus, covered with sores and longing to eat what fell from the rich man’s table. Even the dogs came and licked his sores.”

This introduction includes background references that the first audience would have recognized. J.Jeremias shares that background in his book Parables:

“In order to understand the parable in detail and as a whole, it is essential to recognize the first part derives from a well-known folk- material . . . This is the Egyptian folk-tale of the journey of Osiris, the son of Setme Chamois to the under-world . . . Alexandrian Jews brought this story to Palestine, where it became very popular as the story of the poor scholar and the rich publican Bar Ma’Jan.” (p.183)

This story was typical told as an afterlife reversal-of-fortunes tale involving a tax collector and a Torah scholar. The scholar character alluded to the Pharisees. The common way to tell the story contrasted the characters’ regard or disregard of the Torah’s purity codes. Yet Jesus does something more economically subversive than religiously subversive. His version changes the story in a way that the audience couldn’t miss.

Jesus’s version of the story did not emphasize the tax collectors’ disregard for the Pharisees’ interpretation of Torah but instead contrasted those who were wealthy and those who were poor. An economic contrast made no distinction between wealthy Pharisees and wealthy tax collectors. The immediate context of the story in Luke is Luke 16:14: “The Pharisees, who loved money, heard all this and were sneering at Jesus.”

Remember that even the Pharisees of the school of Hillel, who practiced a much more progressive spirituality than the school of Shammai, nonetheless practiced and taught Hillel’s Prozbul in the area of economics. (We explored what the Prozbul meant in Renouncing One’s Rights.)

Jesus was a Jew, and not opposed to Judaism. When we understand how much the teachings of Jesus and the teachings of Hillel’s Pharisaical school agreed, we begin to see that what brought Jesus into conflict with the religious elite of his day wasn’t so much his religious teachings as much as his economic teachings. The Luke story shows that Jesus faced rejection from the Jewish elite, not the Jewish people themselves, and not for religious reasons but for economic ones. This is a very human dynamic between calls for mutual aid and resource-sharing and our universal greed and selfishness.

So back to our saying this week.

I challenge you this week to look at our saying in economic terms. We usually see the tax collectors and the wealthy Pharisees as belonging to two separate camps, but that is not what the narrative describes. In this part of the text, the tax collectors and the wealthy Pharisees both belonged to the same economic class, and they both opposed the poor. They both belonged to the wealthy elite. But at this point in Sayings Gospel Q, the writer wants us to know that the tax collectors that religious leaders viewed as “sinners” embraced the teachings of John and Jesus whereas the religious, wealthy elite simply did not.

We see this dynamic today among the secular and religious populations in America. There are exceptions to what I am about to say. Yet I see large numbers of secular people who in social and economic matters embrace the teachings of Jesus while large swathes of religiously conservative people who show ignorance of or even disregard for Jesus’s social and economic teachings. Religiously they worship Jesus, and may have incredibly high notions of him. At the same time they are passive about following what Jesus taught about the social and economic matters that are still relevant today.

What does this mean for us today? Responding to Jesus may not seem very religious, and it might not gain us the approval of the religious elite. The tax collectors in Jesus’s day didn’t respond to him by becoming more faithful to the purity codes. But their lives did radically change in economic terms as they joined the followers of Jesus in indiscriminate care for the poor.

This saying might also mean that we find some people outside of the Church universal living lives more in harmony with the teachings of the historical Jesus even as they are in deep disharmony with the religious culture of Christianity. And we might find large numbers of those who proudly carry the title of “Christian” who are further away from following the teachings of the historical Jesus than their more secular human siblings are.

The community of Sayings Gospel Q calls us to remember Q 6:46.

Matthew 7:21-24: “Not everyone who says to me, ‘Lord, Lord,’ will enter the kingdom of heaven, but only the one who does the will of my Father who is in heaven. Many will say to me on that day, ‘Lord, Lord, did we not prophesy in your name and in your name drive out demons and in your name perform many miracles?’ Then I will tell them plainly, ‘I never knew you. Away from me, you evildoers!’ Therefore everyone who hears these words of mine and puts them into practice is like a wise man who built his house on the rock . . . ”

(For more commentary on these passages please see Not Just Saying Master, Master and Houses Built on Rock or Sand)

Again, I want to emphasize that we’re not putting Jesus in competition with the Torah. Sayings Gospel Q isn’t about Torah observance. It is simply interesting that the people in Jesus’s culture who were labeled “sinners” (that is, not observing the Torah) were the ones who embraced John’s and Jesus’s economic teachings, while those who thought themselves to be very strict about the purity codes of the law did not embrace those teachings. Yet Jesus’s teaching was more in harmony with the Torah’s economic teachings than Hillel’s teachings were. Who really observed the Torah? The people who complied with the Schools of Hillel and the Prozbul? Or those who did what Jesus taught?

If this is true. Jesus didn’t threaten the religious leaders because he taught a radical new religion (Christianity). Jesus was crucified because his economic teaching was gaining momentum. The Temple Protest narrative in the synoptic gospels was less religious and more about a system of exploitation that the Temple aristocracy had become the center of. Hillel had taught that people could make atonement with deeds of lovingkindness rather than animal sacrifice—“I desire love not sacrifice”—and he wasn’t crucified for this religious teaching but was instead regarded as one of the most progressive and enlightened rabbis in all Jewish history. So it’s important to see that Jesus’s rejection was limited to the the privileged elite and was not primarily religious but economic.

If today you find yourself resonating with Jesus’s socio-political-economic teachings, but out of step with most things Christian or religious, you are not alone. You’re in the right story.

For John came to you. The tax collectors responded positively, but the religious authorities rejected him. (Q 7:·29-30)

It’s healthy to recognize when the changes we expect a new Jesus follower to make have nothing whatsoever to do with what Jesus of Nazareth actually taught. Some big ticket items to Christians today were never mentioned by Jesus, not even once, and some large elements of Jesus’s teachings aren’t highly prioritized today.

Discuss with your group what you’re learning about how to follow the teachings of Jesus more deeply.

Thank you, again, for joining us this week and for journeying with us through this series. I’m so glad you are here.

Keep living in love till the only world that remains is a world where only love reigns.