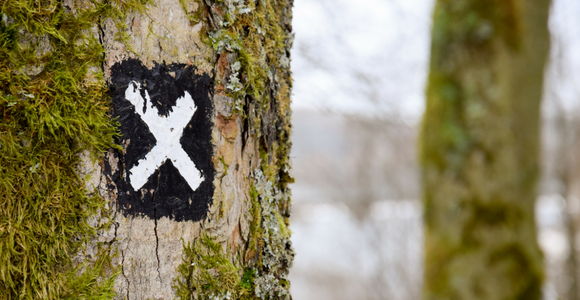 Photo by David Paschke on Unsplash

“When it’s safe to stand alongside those being marginalized, to amplify their voices, to hand them the mic, you will no longer be needed.”

“This man welcomes sinners and eats with them.”

In recent articles on pyramids, circles, and social structure, I mentioned that the term “sinner” was used in Jesus’ society to push people to the edges and lower sections of their community.

Ched Myers uses the debate between Pharisees and Saducees over whether grain was clean or impure to illustrate how this worked.

“According to Leviticus 11:38 if water is poured upon seed it becomes unclean. The passage, however, does not distinguish between seed planted in the soil and seed detached from the soil . . . In years of poor harvests, a frequent occurrence owing to poor soil, drought, warfare, locust plagues and poor methods of farming, this text was a source of dispute. Why? During such lean years, grain was imported from Egypt. But the Egyptians irrigated their fields (putting water on seed) so that their grain was suspect, perhaps even unclean. The Sadducees judged that such grain was unclean and anyone consuming it also became unclean. They were quite willing to pay skyrocketing prices commanded by scarce domestic grain because they could afford it. . . . One senses economic advance being sanctioned, since the Sadducees were often the large landowners whose crops increased in value during such times. By contrast the Pharisees argued that the Pentateuchal ordinance applied only to seed detached from the soil; therefore . . . one could be observant and still purchase Egyptian grain.” (in Binding the Strong Man: A Political Reading of Mark’s Story of Jesus, p. 76)

I’ve covered this in The Lost Coin and in the presentation Jesus’ Preferential Option for the Marginalized. People used the pejorative label of “sinner” to other another human being and to limit their voice in the community. The writers of the Jesus story go to great length to communicate that the ones the religious and political leaders of that time had labelled as “sinners” were the ones Jesus included and also centered as he called for a new social order that favored them. Here are just a few examples:

[Remember that Jesus is using the labels of “righteous” and “sinner” as they were used in his society, not as many Christians use them today. Those labelled “righteous” by those in power threatened their political and economic structures the least and benefitted from them. The label “sinner” was used to silence the voices of those who would have protested either their own exploitation or another’s.]

Luke 5:30—“But the Pharisees and the teachers of the law who belonged to their sect complained to his disciples, “Why do you eat and drink with tax collectors and sinners?”

The people Jesus ate with weren’t sinners ontologically; they were sinners politically, economically, and socially. In this context, therefore, it’s not accurate to respond, “Well, we are all sinners.” We must recognize how the label of sinner was used against some people. When particular human beings are being targeted and marginalized, it’s not enough to call for universal grace. Instead we ought to call for justice. A breach in relationship happens when one person marginalizes another and labels them sinner. A person may be a sinner, but they are labelled that way to religiously legitimate injustice committed against them. Gustavo Gutiérrez reminds us, “All injustice is a breach with God” (in A Theology of Liberation, p.139). It’s a breach with God because it is a breach with our fellow human beings.

“In Jesus’ first-century world, crucifixion was the brutal tool of social-political power. It was reserved for slaves, enemy soldiers, and those held in the highest contempt and lowest regard in society. To be crucified was, for the most part, an indication of how worthless and devalued an individual was in the eyes of established power. At the same time, it indicated how much of a threat that person was believed to pose. Crucifixion was reserved for those who threatened the “peace” of the day. It was a torturous death that was also meant to send a message: disrupt the Roman order in any way, this too will happen to you. As there is a lynched class of people, there was, without doubt, a crucified class of people. The crucified class in the first-century Roman world was the same as the lynched class today. It consisted of those who were castigated and demonized as well as those who defied the status quo. Crucifixion was a stand-your-ground type of punishment for the treasonous offense of violating the rule of Roman “law and order.
. . . That Jesus was crucified affirms his absolute identification with the Trayvons, the Jordans, the Renishas, the Jonathans, and all the other victims of the stand-your-ground-culture war. Jesus’ identification with the lynched/ crucified class is not accidental. It is intentional. It did not begin with his death on the cross. In fact, that Jesus was crucified signals his prior bond with the “crucified class” of his day. (p. 171)

Jesus did not stand in solidarity with the marginalized “crucified class” in secret. He did not do so diplomatically or with an eye toward political expediency. He did so openly, publicly, and transparently. We see this in the following story in Mark’s gospel:

Another time Jesus went into the synagogue, and a man with a shriveled hand was there. Some of them were looking for a reason to accuse Jesus, so they watched him closely to see if he would heal him on the Sabbath. Jesus said to the man with the shriveled hand, “Stand up in front of everyone.” Then Jesus asked them, “Which is lawful on the Sabbath: to do good or to do evil, to save life or to kill?” But they remained silent. He looked around at them in anger and, deeply distressed at their stubborn hearts, said to the man, “Stretch out your hand.” He stretched it out, and his hand was completely restored. Then the Pharisees went out and began to plot with the Herodians how they might kill Jesus. (Mark 3:1-5)

Consider that phrase, “Stand up in front of everyone.” Jesus knew that what he was teaching and whom he was standing with was going to cost him. He could have met the man at the back of the synagogue, or pulled him into a private room where he could “behind the scenes” engage the work of this liberation. But no, Jesus met and healed him right there, in front of everyone, with intention.

I read this story often when I’m tempted to value protecting my own privilege over the people who today need others to speak alongside them. When it’s safe to stand alongside those being marginalized, to amplify their voices, to hand them the mic, I will no longer be needed. To quote the 1980s synth-pop classic “Take On Me” by A-ha, “It’s not better to be safe than sorry.”

Does open solidarity with those being marginalized come with a cost? You bet it does. According to the story in Mark, the immediate push back for Jesus’ public witness to this man’s liberation was that the religious and political leaders “went out and began to plot with the Herodians how they might kill Jesus.” And this is only in Mark’s third chapter. The leaders are threatened by Jesus’ public and transparent inclusion of those they excluded from the very beginning of Mark’s story.

All of this raises the question: who are we known to stand in solidarity with? The status quo? Or those beloved people who daily face oppression, exploitation, or marginalization within our status quo?

This past month, on the same day the U.S. moved its embassy to Jerusalem, over 60 nonviolent Palestinian protestors including children in Gaza were murdered by Israeli snipers. (Gaza begins to bury its dead after deadliest day in years)

Here are some things you and your HeartGroup can do:

1. Participate in protests in your area in response to what is taking place in Gaza. Voice your objection publicly.

2. Use your social media platform to bring awareness to what is happening.

3. Contact your federal, state and local representatives. Write a letter, an email, or better yet, call their office.

You will need to do your own due diligence and research finding the right charity. Find a charity that has people with feet on the ground who can evidence that your gift will reach the people who need it. One charity that does meet these criteria is UNWRA.

6. Talk to your family and friends.

Talk to your family and friends to raise awareness and have them join you in the above actions.

Support Muslim and Jewish organizations that are working to bring peace while practicing a preferential option for the vulnerable. Standing against the violence in Gaza is about standing up against oppression, colonization, discrimination, and inequity.

Wherever you are, keep living in love.

In this topic:
Divorce Leading to Adultery
Against Enticing Little Ones
The Lost Sheep
The Kingdom of God within You
A Preferential Option for the Vulnerable
Directed Good News
Solidarity with the Crucified Community
JESUS FROM THE EDGES
When Equality Means Some Are Given More Than Others
A Community of the Rejected
Taking Sides, Reclaiming our Humanity