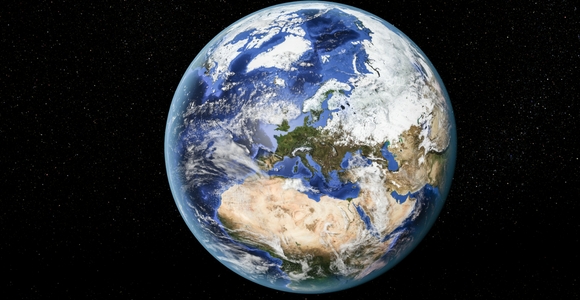 “It’s about compassion. Either we see ourselves in others, or we don’t. And if we don’t learn to do so, we run the risk of destroying life as we know it for everyone including ourselves. We are connected. How we treat others will affect us as well—like it or not, we are part of one another.”

Not until years later did I see how grossly out of context this passage was being taken.

First let’s start with the surface of this saying. In both examples, two people are doing the same activities. There is an indiscriminate nature to being taken and being left. There is no rhyme or reason and no obvious difference between them. Taken in the context of last week’s saying about the days of Noah, riches would not be enough to save the wealthy from this fate.

As we saw last week, both Matthew and Luke lift this saying of Jesus and place it in the context of the fulfillment of the re-humanizing liberation found in Daniel 7—the revealing of the “son of humanity.” Matthew and Luke use the Jewish stories of Noah and Lot. Yet in these stories, the taken aren’t “raptured” to a celestial heaven while others are “left” down here on earth. Those “taken” in the Noah and Lot stories are those who “die” in Thomas’s gospel, whose lives are “taken.” And those who are “left” in these passages are those who remain alive, or who are “left” alive. So it’s in fact a good thing to be “left behind!”

This saying warns those who benefit from violence toward the vulnerable and economic exploitation of the poor about a coming indiscriminate destruction—a reversal of economic injustice—that turns things upside down from their present structure. The hungry are fed and the well-fed go hungry. The poor are given the kingdom, and the rich are sent away empty. Those whom present injustice causes to weep laugh, and those who now laugh, weep (see Luke 6:20-26). It’s an indiscriminate destruction and sounds very dystopian.

Today, scientists are warning that if we do not correct our present course, indiscriminate destruction will be our ecological future. We are destroying sustainable life here on the one planet that is home for everyone. And even though in our saying this week, some survive destruction, the disaster in their immediate future indiscriminately affected everyone. The destruction of Jerusalem in 70 C.E. affected both rich and poor. The poor were especially vulnerable, but destruction was indiscriminate nonetheless and affected everyone. This has striking parallels to our future. We all share the same air, water, and globe. We are all connected. We are in this together, and we’ll either survive together, or risk destruction for everyone.

Just this past week, after a season of devastating fires across the north and west US,  the east coast was pummeled with record lows and snow falls. We’re seeing evidence of our climate breaking down.

But this leads me to my third point this week. The future doesn’t have to be like this. Instead of a dystopian future where greed has ruined everything, we can choose a future rooted in compassion and justice.

Compassion was at the heart of Jesus’ new vision for human society and so his politics have rightly been named as a politics of compassion. In the book All We Leave Behind, Carol Off writes of the debate about refugees in Canada, but what she states could be said of any other social justice issue:

It’s about compassion. Either we see ourselves in others, or we don’t. And if we don’t learn to do so, we run the risk of destroying life as we know it for everyone including ourselves. We are connected. How we treat others will affect us as well—like it or not, we are part of one another. This is the point of one of Jesus’ most famous sayings, where he quotes the Torah:

“The second [greatest commandment] is this: ‘Love your neighbor as yourself.’ There is no commandment greater than these.” (Mark 12:31)

Those two words are important: “as yourself.” Either we will learn to see others “as ourselves” and live, or we’ll continue down the path of destructive, extreme, individualism that threatens us all. Individualism is an inadequate lens for life on this planet. Everything we do sets in motion a chain of cause and effect for everyone around us, including ourselves. None of us is an island, and we impact each other whether we desire to or not. It’s simply the way things are. We are individuals, yet we’re also woven together in a much larger fabric too!

And this is precisely why our future can be different than our present. We can choose a future of compassion and justice for one another. We can choose to be our siblings’ keeper. The future is not set in stone. It is open, filled with multiple possibilities based on the choices we make today.

Last week, the Daily Mail published an article exploring a new spatial theory of time: “According to the theory, if we were to ‘look down’ upon the universe, we would see time spread out in all directions, just as we see space at the moment.” In other words, time isn’t happening linearly, one thing after another, but rather past, present, and future exists simultaneously and all around us.

Right now, the future looks like a dystopia, but it doesn’t have to be that. Our saying this week warns of a disastrous future only in the hopes that we will begin to make better choices.

This week I have something FUN for your group to try. It’s an exercise in cooperative action. I want you to take a marker and tie eight strings to it (Or less if you have less than 8 people in your group). Then I want you as a group to choose a word and write it out working together.

Does it make any difference how close you hold the string to the marker? Try holding the string further away from the marker and see how that works, too.

As I often say, Jesus’ solution to many of the problems in society was a vision for a new way of structuring human community. Community is not always easy. But when I consider the disastrous results of extreme, rugged individualism in our society here in the West, I believe community is worth the struggle.

Wherever you are this week, keep living in love, survival, resistance, liberation, reparation, and transformation. Till the only world that remains is a world where love reigns.