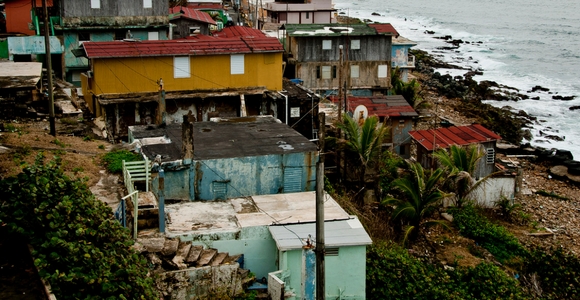 “This wakefulness means possessing a continuing awareness of issues related to marginalized people and their struggle for justice. It requires an intersectional awareness of racial, gender, economic, LGBT, and other social forms of justice. Jesus-followers staying awake will characterize God as Jesus did: as being on the side of people who daily face oppression. We will live and work in solidarity with God and marginalized communities as we choose a world marked by re-humanizing liberation instead of dehumanizing oppression.”

Luke 17:26-30: “Just as it was in the days of Noah, so also will it be in the days of the Son of Man. People were eating, drinking, marrying and being given in marriage up to the day Noah entered the ark. Then the flood came and destroyed them all. It was the same in the days of Lot. People were eating and drinking, buying and selling, planting and building. But the day Lot left Sodom, fire and sulfur rained down from heaven and destroyed them all. It will be just like this on the day the Son of Man is revealed.”

The mic crackled, “It’s imperative that you stay together, today. Women especially, never allow yourself to be found alone. Today we’ll be working in La Perla.”

Last month I spent three days in the Caribbean with a team of people providing hurricane relief and getting Puerto Rican families back into their homes. One of those three days we worked in La Perla in San Juan. Tourists are typically advised to avoid La Perla, and “The Pearl” district in Old San Juan is referred to as the “slums.”

“La Perla is a historical shanty town astride the northern historic city wall of Old San Juan . . .  established in the late 19th century. Initially, the area was the site of a slaughterhouse because the law required them and homes of former slaves and homeless non-white servants – as well as cemeteries – to be established away from the main community center; in this case, outside the city walls. Sometime after, some of the farmers and workers started living around the slaughterhouse and shortly established their houses there. Only three access points exist, one through the ‘Santa Maria Magdalena Cemetery’, one on the east side and one through a walkway right in the center of the northern wall.”  (La Perla, San Juan, Puerto Rico. 2017, December 14. In Wikipedia, The Free Encyclopedia. Retrieved 15:27, January 10, 2018, from https://en.wikipedia.org/w/index.php?title=La_Perla,_San_Juan,_Puerto_Rico&oldid=815454674)

So far, hurricane relief has not been allowed to enter this area, primarily because capitalist investors want inhabitants to give up and move out so that they can take over the area and build high-rises and resorts there.

So La Perla is the area we chose to assist. We entered La Perla through the entrance in the center of the northern wall.

We split into three teams to reinstall three roofs, clean up flood damage and hurricane debris, and get three families back into their homes. It was an amazing experience. Tears were shed and hearts were full. I’ll share pictures of our work in next week’s news update.

Though I left with joy, what I also walked away from La Perla with is a sense of how utterly dehumanizing poverty really is.

Marcus Borg’s and John Dominic Crossan’s book The First Christmas shares a little background on the phrase in this week’s saying, “The Son of Humanity.” The phrase comes from the revolution literature of Daniel 7 where the prophet’s vision includes four fantastic creatures, each representing a historical empire:

“What is at stake in Daniel is this: the first four empires are inhuman beasts; only the fifth and final empire is truly human.” (Borg, Marcus J.; Crossan, John Dominic, The First Christmas, p. 68)

In Daniel 7, all the oppressive empires are represented as violent beasts. Yet there comes after them a final kingdom that is human.

Let that register for a moment. The last kingdom is human. Paulo Freire wrote,

“The oppressors do not perceive their monopoly on having more as a privilege which dehumanizes others and themselves. They cannot see that, in the egoistic pursuit of having as a possessing class, they suffocate in their own possessions and no longer are; they merely have. For them, having more is an inalienable right, a right they acquired through their own ‘effort,’ with their ‘courage to take risks.’ If others do not have more, it is because they are incompetent and lazy, and worst of all is their unjustifiable ingratitude towards the ‘generous gestures’ of the dominant class. Precisely because they are ‘ungrateful’ and ‘envious,’ the oppressed are regarded as potential enemies who must be watched. It could not be otherwise. If the humanization of the oppressed signifies subversion, so also does their freedom; hence the necessity for constant control. And the more the oppressors control the oppressed, the more they change them into apparently inanimate ‘things.’ This tendency of the oppressor consciousness to ‘in-animate’ everything and everyone it encounters, in its eagerness to possess, unquestionably corresponds with a tendency to sadism.”

Freire’s point is simple: Oppression dehumanizes. As they called Jesus “the Son of Humanity,” the earliest community of Jesus followers saw in his teachings the re-humanizing liberation identified in Daniel 7. In Jesus they saw Daniel’s Son of Humanity ending the violent oppression of all other empires.

An Element of Surprise

The central point of this week’s saying is that this re-humanizing liberation would include an element of surprise or unexpectedness for oppressors. Most scholars agree that both Matthew and Luke’s gospels used Mark’s gospel as an outline for their own, editing and adding to Mark’s gospel. In Mark, our saying this week appears in a parallel passage about surprise:

Mark 13:35-37: “Therefore keep watch because you do not know when the owner of the house will come back—whether in the evening, or at midnight, or when the rooster crows, or at dawn. If he comes suddenly, do not let him find you sleeping. What I say to you, I say to everyone: ‘Watch!’”

We’ll discuss what it means to “watch” in just a moment.

The Great Reversal of Economic Injustice

In both Matthew and Luke the surpise thaat catches those presently benefited by the way our world is a great reversal of economic injustice. The tables are turned upside down. For his Jewish readers, Matthew mentions those who were surprised in the Hebrew Noah story. Luke, addressing non-Jewish Christians, includes the stories of Noah and Lot. The inclusion of Lot makes sense when when one understands Sodom’s “great sin” and remembers that Luke, out of all the gospels, has the strongest economic justice theme. The Jewish prophetic tradition defines Sodom and Gomorrah’s sin as the economic exploitation of the poor:

Ezekiel 16:49: “Now this was the sin of your sister Sodom: She and her daughters were arrogant, overfed and unconcerned; they did not help the poor and needy.”

Both Noah’s and Lot’s narratives are stories where destruction comes unexpectedly. In the Noah story, the surprise falls on the violent. In Lot’s story it falls unexpectedly on rich, exploitative oppressors who lived at ease at the expense of the vulnerable. Luke emphasizes not just the violence surprised by God’s kingdom but also the economic elements of oppression. His gospel begins with Mary’s song:

Luke 1:52-53: “He has brought down rulers from their thrones, but has lifted up the humble. He has filled the hungry with good things but has sent the rich away empty.”

This week’s saying is clear. Those who create and benefit from a world like the one in La Perla will not experience Jesus’ gospel as good news. The announcement of the kingdom proclaims a radical reversal of exploitative comfort (compare with Luke 6:24-26): their way of life is cast down while those presently scratching out an existence and fighting to survive injustice, like the residents of La Perla, are lifted up, liberated, and restored.

The language of “keeping watch” for the arrival of this re-humanizing liberation, whether it be in Daniel’s imagery, Jesus’ teachings, or the Jewish prophets’ pronouncements, drew from the experiences of night watchmen who could not fall asleep.

The message was, “Stay awake!”

In our world today, this wakefulness means possessing a continuing awareness of issues related to marginalized people and their struggle for justice. It requires an intersectional awareness of racial, gender, economic, LGBT, and other social forms of justice. Jesus-followers staying awake will characterize God as Jesus did: as being on the side of people who daily face oppression. We will live and work in solidarity with God and marginalized communities as we choose a world marked by re-humanizing liberation instead of dehumanizing oppression.

This week’s saying warns against being on auto-pilot and just going along within the present status quo.

Stay awake and keep working for change! I can’t think of a better way to begin this new year than with a call to do just that!

As 2018 begins, make three lists as a group, together!

Thanks for checking in with us this week. I hope this new year is off to a positive start for each of you.

Keep looking up! Keep living in love, survival, resistance, liberation, reparation, and transformation, and follow the example of Jesus in being a source of healing in our world today.