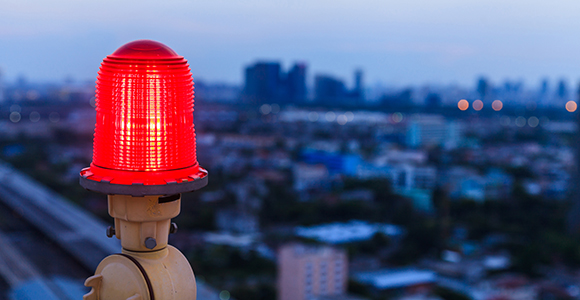 “But some were demanding from him a sign. But he said‚ ‘This generation is an evil generation; it demands a sign, and a sign will not be given to it — except the sign of Jonah! For as Jonah became to the Ninevites a sign, so also‚ will the son of humanity be to this generation.’” Q 11:16, 29-30

Matthew 12:38-40: “Then some of the Pharisees and teachers of the law said to him, ‘Teacher, we want to see a sign from you.’ He answered, ‘A wicked and adulterous generation asks for a sign! But none will be given it except the sign of the prophet Jonah. For as Jonah was three days and three nights in the belly of a huge fish, so the Son of Man will be three days and three nights in the heart of the earth.’”

Luke 11:16, 29-30: “Others tested him by asking for a sign from heaven. As the crowds increased, Jesus said, ‘This is a wicked generation. It asks for a sign, but none will be given it except the sign of Jonah. For as Jonah was a sign to the Ninevites, so also will the Son of Man be to this generation.’”

This week’s saying is another challenging one.. First, the saying is based on the Jewish story of Jonah, a big fish, and the Assyrian capital Nineveh. The Jewishness of this story and its specific application to the Jewish citizens in Galilee and Judea may be one reason why it doesn’t appear in the more Platonic collection of Jesus’ sayings in the Gospel of Thomas. But there’s a lot in these verses  that bears all the marks of belonging to a 1st Century Jewish liberation rabbi and prophet for the poor.

The ancient city of Nineveh was known for decimating the poor and vulnerable. Assyria, of which Nineveh was the capital, was also the empire responsible for annihilating the people in the northern territories of Israel. In the Hebrew scriptures, Jonah arrives at Nineveh with a message that Nineveh’s time is up and their account has been called due. His message is not a warning or a call to repentance. It’s simply an announcement: in forty days, Ninevah is going to be destroyed.

What happens next in the story is that the king calls the people throughout the empire to repentance. The people repent, and Israel’s God has a change of mind and calls off the threatened destruction. Nineveh will now be spared.

I believe Jonah’s response is the point of this story: He is enraged at God’s change of heart.

“But to Jonah this seemed very wrong, and he became angry. He prayed to the LORD, ‘Isn’t this what I said, LORD, when I was still at home? That is what I tried to forestall by fleeing to Tarshish. I knew that you are a gracious and compassionate God, slow to anger and abounding in love, a God who relents from sending calamity. Now, LORD, kill me now, for it is better for me to die than to live with these Ninevites.’” (Jonah 4:1-3)

The point of the story is to point to a more inclusive worship of YHWH among the Hebrew people. Jonah would rather be dead than share the earth with “them,” and the story seems to rebuke him for this.

If any of us are excluded, ultimately it won’t be because we did not believe in a world that could include us, but because we could not stomach a world where others are included that we feel should be excluded.

That’s the story behind this week’s saying. The question I want to consider is what is this “sign of Jonah” spoken of in Matthew’s and Luke’s versions? A long tradition based on Matthew’s version assumes the historically reliability of the story of Jonah’s big fish.

In short, for Matthew’s community, the sign of Jonah was about Jesus’s resurrection. As Jonah was in the belly of the fish for three days, so Jesus will be in the grave for three days and then be resurrected.

If this is what the sign of Jonah refers to, it’s more plausible that this is a section of the saying added by Jesus’ followers after the resurrection event rather than a prediction Jesus made beforehand. This interpretation produces more questions than answers for me though.

It is also curious that Luke defines the sign of Jonah differently. In Luke the big fish is left out, and so is the resurrection as a sign. In Luke, Jonah himself, his arrival, and his message are the only sign the Ninevites receive:

“As the crowds increased, Jesus said, ‘This is a wicked generation. It asks for a sign, but none will be given it except the sign of Jonah. For as Jonah was a sign to the Ninevites, so also will the Son of Man be to this generation.’” (Luke 11:29-30, Emphasis added.)

Jonah came with his message of judgment against the wicked, and the Ninevites, with no assurance that their repentance would avert their destruction, took a risk and repented anyway.

Jesus’ audience in the 1st Century is also a society, a “generation,” that is oppressing the poor and will reap the intrinsic disaster that this eventually brings. The poor and economically oppressed in any community are always the ones susceptible to militaristic, hate-speaking, charismatic messiahs who promise a new day if they will follow them. Josephus tells us that it was the poor and economically exploited who formed the body of rebels that took control of the temple away from the Jewish elites and led the rebellion against Rome. The very first thing they did when gaining control of the Temple was to burn the records of the debts they owed to the wealthy aristocrats.

“The Sicarii [violent, radical zealots] and lower-class citizens force their way into the Temple and join themselves with the revolutionary priests (2.17.6 425) Together they force the royalists out of the upper city; the troops and Ananias take refuge in Herod the Great’s palace. The rebels burn the houses of Ananias and the palaces of Agrippa and Berenice, along with the Record Office, destroying the records of outstanding debts.” (See http://josephus.org/warChronology1.htm)

The end result is tremendously sad: forty years after Jesus, a violent backlash breaks out in Jerusalem and escalates to violent revolt against Rome. The outcome is the total annihilation of Jerusalem.

Jesus, like Jonah, came warning of destruction on the horizon. Jesus’ warning was about the intrinsic consequences of injustice, and was more organic than imposed. But it was an announcement nonetheless. Whereas Jonah was sad to see Nineveh turn and repent, Jesus was sad to see his community fail to do so. And just as the only sign given to Nineveh was Jonah and his message, Jesus, in Luke, tells us that the only sign that will be given to his generation is himself and his message.

Both versions of this week’s saying conclude:

“The men of Nineveh will stand up at the judgment with this generation and condemn it; for they repented at the preaching of Jonah, and now something greater than Jonah is here.” (Matthew 12:41, Luke 11:32)

What relevance might this story have to what we are experiencing here in America this week?

“The United States is extremely lucky that no honest, charismatic figure has arisen. Every charismatic figure is such an obvious crook that he destroys himself, like McCarthy or Nixon or the evangelist preachers. If somebody comes along who is charismatic and honest this country is in real trouble because of the frustration, disillusionment, the justified anger and the absence of any coherent response. What are people supposed to think if someone says ‘I have got an answer, we have an enemy’? There it was the Jews. Here it will be the illegal immigrants and the blacks. We will be told that white males are a persecuted minority. We will be told we have to defend ourselves and the honor of the nation. Military force will be exalted. People will be beaten up. This could become an overwhelming force. And if it happens it will be more dangerous than Germany. The United States is the world power. Germany was powerful but had more powerful antagonists. I don’t think all this is very far away. If the polls are accurate it is not the Republicans but the right-wing Republicans, the crazed Republicans, who will sweep the next election.” (See Noam Chomsky called this political moment 6 years ago)

Could we as an American society be on a path similar to the society in Jesus’ time and place? What so many disenfranchised people in Jesus’ day thought were solutions brought untold destruction to all.

Yes, our society needs healing. It needs fixing. But whatever “great again” means, it has to mean great for everyone. We must define it as justice for everyone. We cannot afford to solve the problems of the future for ourselves at the expense of someone else because all we have is each other. I wrote this some weeks ago, but it’s even more relevant this week.

“There is an intrinsic relationship of cause and effect. Whether the inequality is rooted in disparities based on gender, class, race, orientation, gender identity, age, ability—whatever—history bears out that the fruit of inequality is not security for the future but greater vulnerability and risk for us all.” (Looting a Strong Person)

So with this in mind, let us contemplate what warnings exist for us today as we’re challenged to continue our work of transforming our world into a safe home for us all.

“But some were demanding from him a sign. But he said‚ ‘This generation is an evil generation; it demands a sign, and a sign will not be given to it—except the sign of Jonah! For as Jonah became to the Ninevites a sign, so also‚ will the son of humanity be to this generation.’” (Q 11:16, 29-30)

This week I want to you to brainstorm together as a group. Make these lists:

Keep living in love, a love characterized by resistance, survival, liberating the oppressed and disenfranchised, restoration, and transformation. Till hope shines bright again, or, for some, for the very first time.