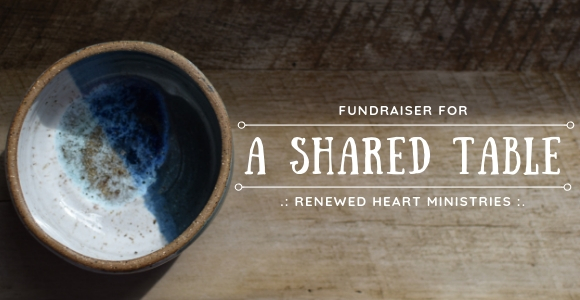 November is A Shared Table 2021 month!  Find out more here.

(To listen to this week’s eSight as a podcast, click here.) 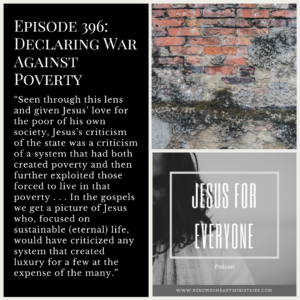 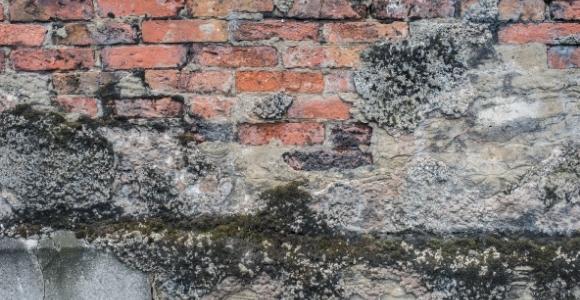 “Seen through this lens and given Jesus’ love for the poor of his own society, Jesus’s criticism of the state was a criticism of a system that had both created poverty and then further exploited those forced to live in that poverty . . . In the gospels we get a picture of Jesus who, focused on sustainable (eternal) life, would have criticized any system that created luxury for a few at the expense of the many.”

As Jesus was leaving the temple, one of his disciples said to him, “Look, Teacher! What massive stones! What magnificent buildings!” “Do you see all these great buildings?” replied Jesus. “Not one stone here will be left on another; every one will be thrown down.” As Jesus was sitting on the Mount of Olives opposite the temple, Peter, James, John and Andrew asked him privately, “Tell us, when will these things happen? And what will be the sign that they are all about to be fulfilled?” Jesus said to them: “Watch out that no one deceives you. Many will come in my name, claiming, ‘I am he,’ and will deceive many. When you hear of wars and rumors of wars, do not be alarmed. Such things must happen, but the end is still to come. Nation will rise against nation, and kingdom against kingdom. There will be earthquakes in various places, and famines. These are the beginning of birth pains.” (Mark 13:1-8)

By the time this week’s reading was written, the Jesus movement was living in the wake of destructions including the Jewish-Roman war (66-70 C.E.) that culminated in Rome’s razing Jerusalem and the Jewish temple to the ground. These followers of Jesus are trying to make sense of all these events.

“Then some stood up and gave this false testimony against him: ‘We heard him say, ‘I will destroy this temple made with human hands and in three days will build another, not made with hands.’ Yet even then their testimony did not agree.” (Mark 14:57-59)

I want us to wrestle with why Jesus, a faithful Jewish male in early 1st century Judaism, would have been critical of the temple or Jerusalem? Think of the term “Jerusalem” here in much the same way as many say “D.C.” or “Washington” when speaking of the system of government centered there.

Christians have long interpreted the events fo 70 C.E. as God punishing the Jews for rejecting Jesus, and that’s been deeply harmful to our Jewish siblings. I want to offer an alternative interpretation.

The Temple was the heart of Judaism during the time of Jesus, but let’s look at this week’s passage in more than its religious context. As the seat of the Jewish Temple State, the Temple was also the heart of the banking system and the food industry (both meat and grain), and the seat of political power for Judea under Rome.

Jesus’ criticisms should not be interpreted as anti-Jewish or anti-Judaism. Jesus was a faithful Jewish man debating within his own society, and his voice was one of many at the time arguing about what it meant to be a faithful Jewish follower of the Torah given the Torah’s teachings on the poor and eliminating poverty. Seen through this lens and given Jesus’ love for the poor of his own society, Jesus’s criticism of the state was a criticism of a system that had both created poverty and then further exploited those forced to live in that poverty.

Those living after the Jewish-Roman War of 66-70 C.E. would have recognized the events described in this week’s passage. As we’ve discussed, the Jewish-Roman War began an initial uprising of the poor against rich Temple elites who served as conduits of the Roman Empire. The poor people’s revolt began with their overrunning the Temple and burning all the debt records held against the poor, and each stage of the takeover escalated. Once the Jewish rebels gained control and Rome was brought in, a war broke out between the rebels and Rome while the Jewish elites futilely endeavored to maintain allegiance to Rome as violent uprising erupted all around them.

Josephus corroborates Mark’s descriptions of this era. In The War of the Jews, he describes “a great number of false prophets” who with “signs and wonders” promised “deliverance” or liberation. But in the end, their movements only resulted in masses of the “miserable people” who followed them being slaughtered by Rome (Book 6.285-309). Josephus also writes of the famine in Jerusalem that resulted when the grain storehouses “which would have been sufficient for a siege of many years” were burned by various “treacherous faction in the city” (5.21-26).Finally, he describes the burning the Temple itself (6.249-266).

Many more than Jesus called the people to address the plight of the poor and to end a system that financially benefited wealthy families at the poor’s expense. The rich got richer and the poor only got poorer.

So Mark’s gospel called its audience to see the overthrowing of such economically exploitative systems not as “the end,” but as the “beginnings of birth pains” for a new world.

This makes me think of how so many living at this stage of the pandemic now long for a return to normal. I don’t want to go back to that normal, a world that disproportionally harmed certain sectors of society while giving others privilege, power, and property. I don’t want a post-pandemic world that looks like the pre-pandemic world. We can do better. And we have an opportunity to do just that now. With all the talk of “building back better,” we must continue to ask “better for whom?” Over the last year, the billionaire class has only become more wealthy despite almost 5 million lives lost globally and over 742,000 within the U.S.

So Jesus’ critique of the Temple and Jerusalem was not about being against Judaism, but rather his opposition to an economic, political, and social system that creates and worsens poverty. I wonder what Mark’s Jesus would say of the United States today if he were on earth?

Jesus’s path pointed us toward life, life to the full (John 10:10), specially for the poor (Luke 6:22)—life and life more abundantly for all. In the gospels we get a picture of Jesus who, focused on sustainable (eternal) life, would have criticized any system that created luxury for a few at the expense of the many. Following Jesus’ path means following him in rejecting any system that manufactures scarcity to create wealth at the expense of vulnerable people.

I’m reminded of the words of liberation theologian Gustavo Gutierrez:

Gutierrez’ words resonate with Mark’s picture of Jesus. What would a different social order look like to you? Can you imagine a world without poverty? What would we need to have in place to eliminate poverty? Jesus’ gospel spoke of a God of life who loved all and desired “life to the full” for all the objects of that love.

Are these just words? Do we who follow this Jesus really believe that a world like that is possible? Can poverty really be overcome? The child tax credit that has already lifted 40% of children out of poverty here in the U.S., and the US just approved billions of increased dollars for the U.S. military budget. I wonder what would happen if we apportioned that same money toward a war against global poverty instead?

It’s convenient for Christians to interpret Jesus’ criticism of the Temple as being about Judaism rather than being about addressing poverty. After all, poverty is a matter of human responsibility. We create it. We can change it. If we choose to interpret Jesus’ words as the latter, then we, too, are called to address poverty. That is the life-giving interpretation; the other bears the fruit of poverty being inevitable or unchangeable and therefore the fruit of death and harm.

I’ll close this week with the words of Nelson Mandela from a speech he gave in 2005 at the Make Poverty History rally in London’s Trafalgar Square:

“Like slavery and apartheid, poverty is not natural. It is man-made and it can be overcome and eradicated by the action of human beings.” 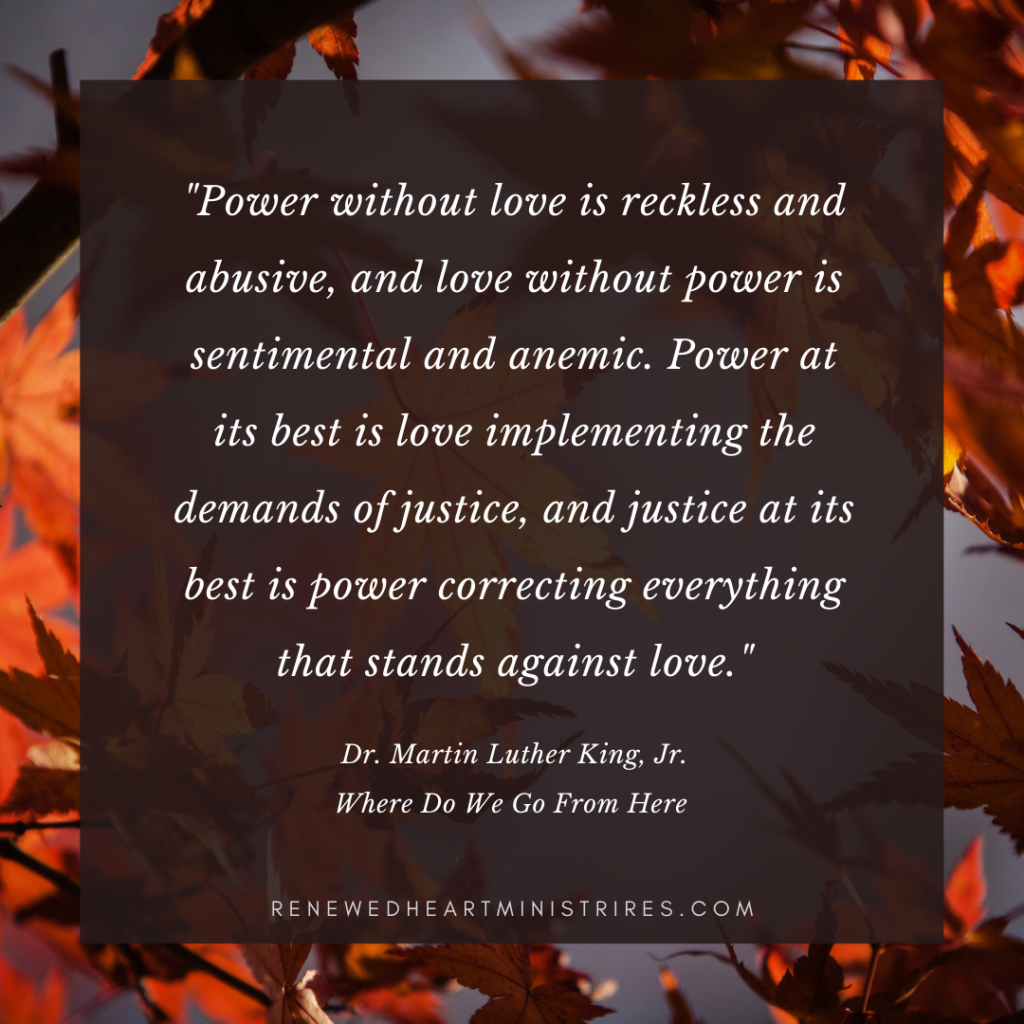