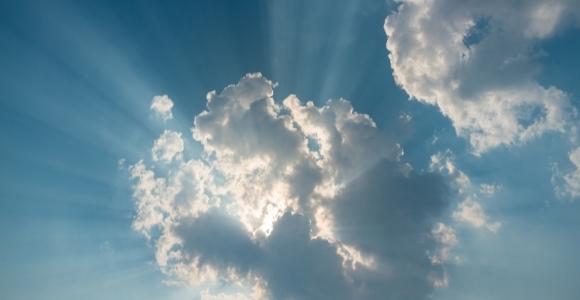 “In the stories, Jesus doesn’t come back from the dead just to live another 30 or so years doing the same thing he’d done before he was executed. The attempted silencing of Jesus and his saving work is only an interruption, not an end. Each resurrection story defines Jesus’ resurrection as causing his life work to continue in the lives of his followers. Jesus commissioned his disciples to continue his life work in the same spirit that inspired him.”

On the evening of that first day of the week, when the disciples were together, with the doors locked for fear of the Jewish leaders, Jesus came and stood among them and said, “Peace be with you!” After he said this, he showed them his hands and side. The disciples were overjoyed when they saw the Messiah. Again Jesus said, “Peace be with you! As the Father has sent me, I am sending you.” And with that he breathed on them and said, “Receive the Holy Spirit. If you forgive anyone’s sins, their sins are forgiven; if you do not forgive them, they are not forgiven.”

Now Thomas (also known as Didymus), one of the Twelve, was not with the disciples when Jesus came. So the other disciples told him, “We have seen the Messiah!” But he said to them, “Unless I see the nail marks in his hands and put my finger where the nails were, and put my hand into his side, I will not believe.”

A week later his disciples were in the house again, and Thomas was with them. Though the doors were locked, Jesus came and stood among them and said, “Peace be with you!” Then he said to Thomas, “Put your finger here; see my hands. Reach out your hand and put it into my side. Stop doubting and believe.” Thomas said to him, “My Savior and my God!” Then Jesus told him, “Because you have seen me, you have believed; blessed are those who have not seen and yet have believed.” Jesus performed many other signs in the presence of his disciples, which are not recorded in this book. But these are written that you may believe that Jesus is the Messiah, the Son of God, and that by believing you may have life in his name. (John 20:19-31)

This first weekend after Western Christianity’s Easter each year, we begin reading the stories of the early believers after the resurrection. In each post resurrection story, the good news or gospel is not that Jesus died or even died for you, but that this Jesus that was brutally murdered by the state and those who controlled the status quo is risen. He’s alive! The crucifixion and all that Jesus’ death accomplished has been undone, reversed, and overcome!

In John, Jesus cryptically breathes the Holy Spirit onto his disciples. He then attaches to this gift of the spirit the authority of “loosing and binding,” forgiving, bringing comfort and liberation, and setting people free (cf. Matthew 16:19; Matthew 18:18).

It’s vital that the power of forgiving or not forgiving is connected to the disciples receiving the spirit of Jesus. Forgiveness divorced from that spirit serves to only perpetuate oppression and harm. I’ll explain.

Jesus uses this language in the gospel of Luke:

“The Spirit of the Most High is on me,

because the Most High has anointed me

to proclaim good news to the poor.

and recovery of sight for the blind,

to set the oppressed free,

Here the work of the Spirit is to announce good news to the poor, proclaim freedom for prisoners, set the oppressed free, and announce the year of the Most High’s favor, the year when all debts would be forgiven, regardless of creditors’ wishes. In that year, debtors were released!

Those who are forgiven in the Jesus story are those on the margins, those pushed to the underside and edges of Jesus’ society by those benefiting from the status quo. What about those whose social location was more at the center or upper class? Did Jesus extend forgiveness to them, too?

Remember the story of Zacchaeus? (see Luke 19:1-9) Jesus forgave and loosed him, too. Yet Zacchaeus was not loosed or forgiven from the consequences from his actions. Jesus instead called him to stop participating in oppression. Only then did salvation come to Zacchaeus’ house, because salvation looks like justice for the oppressed. This reminds me of Gandhi critiquing Christianity: he said he didn’t want to be saved from the consequences of his actions but from those actions themselves.

How many times have we seen those who harm others or benefit from that harm being forgiven or assured of no condemnation without being called to make restitution or reparations?

Being loosed is not conditional on acts of restoration like a quid pro quo, tit for tat, or an exchange. Rather, for oppressors, being loosed actually is these acts of restoring that which has been taken from others.

This is why I believe the disciples were given authority not to forgive, too. Reserving “forgiveness” is a way to remind them that their freedom is intrinsically tied to their choice to stop participating in the harm being done to others. Anything less than that is what Dietrich Bonhoeffer described as “cheap grace.” During the 1930s, Bonhoeffer watched Christians giving assurance to the Nazis. Assuring oppressors that everything is okay while they continuing to do harm is akin to expecting victims or survivors to reconcile with those who have harmed them but done no work of restitution. Neither of these are life-giving interpretations of the forgiveness ethic in the Jesus stories.

These stories don’t help us recover so much of the historical Jesus as much as they establish the authority of his disciples. In this week’s reading, the focus is Thomas and the story about him serves a double purpose for the fledgling Jesus movement.

First, it establishes Thomas as an early movement leader. Multiple documents in Christian history would later be attributed to this disciple. Thomas is supposed to have taken the gospel to the Parthians and then on to India. He is credited with establishing the Mar Thoma Church and was martyred there as well. Thomas is also a central figure in Syrian Christianity: his bones are claimed by that faith tradition to have been removed from India and brought to Edessa close to the end of the fourth century.

Second, this story challenges people to believe in the Jesus story even though they haven’t seen Jesus for themselves.

What speaks to me most about these stories is that Jesus didn’t come back from the dead just to live another 30 or so years doing the same thing he’d done before he was executed. The attempted silencing of Jesus and his saving work is only an interruption, not an end. Each resurrection story defines Jesus’ resurrection as causing his life work to continue in the lives of his followers. Jesus commissioned his disciples to continue his life work in the same spirit that inspired him.

I consider again how Jesus’ life work was summarized in passages like Luke 4:18-19: as good news for the poor, release for the prisoners, setting free the oppressed, and proclaiming the most High’s favor or forgiving debts. There are similar teachings in both Luke’s sermon on the plain (Luke 6) and Matthew’s sermon on the mount (beginning in Matthew 5). These are the ethics and values in the Jesus story: Jesus both comforted and challenged individuals and also, in his overturning of the tables, challenged unjust systems, demanding a different order of things in the here and now.

So I ask myself, am I breathing in this same spirit that we read of in this week’s passage? And how closely is my story aligning with the Jesus story?

In what areas does my life harmonize with the Jesus story? Where is there dissonance?

Each of us looses and binds things every day. Are the things I bind and loose similar to or vastly different from the liberation work, the love, compassion, safety and justice in the Jesus story?

This first weekend after Easter, I want to foster more harmony between my life story and this story of Jesus that I hold dear.

Here’s to breathing in that spirit, together, and exhaling love and justice with those our lives touch each and every day.

2. In what ways are you inspired to breath in spirit and exhale love and justice in your own spheres of influence this new year? Discuss with your group