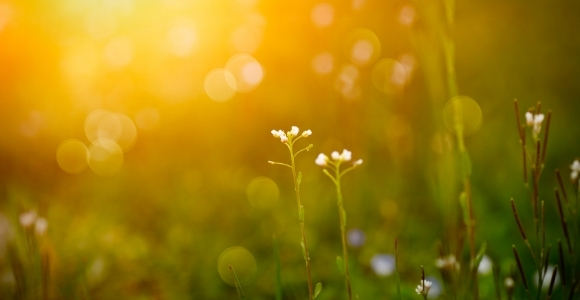 “The central image of Christ on the cross as the savior of the world communicates the harmful message that suffering is redemptive. So what do we do with the passage from John’s gospel?”

This week’s reading is from John’s gospel:

“Now there were some Greeks among those who went up to worship at the festival. They came to Philip, who was from Bethsaida in Galilee, with a request. “Sir,” they said, “we would like to see Jesus.” Philip went to tell Andrew; Andrew and Philip in turn told Jesus. Jesus replied, “The hour has come for the Son of Man to be glorified. Very truly I tell you, unless a kernel of wheat falls to the ground and dies, it remains only a single seed. But if it dies, it produces many seeds. Anyone who loves their life will lose it, while anyone who hates their life in this world will keep it for eternal life. Whoever serves me must follow me; and where I am, my servant also will be. My Father will honor the one who serves me. Now my soul is troubled, and what shall I say? ‘Father, save me from this hour’? No, it was for this very reason I came to this hour. Father, glorify your name!” Then a voice came from heaven, “I have glorified it, and will glorify it again.” The crowd that was there and heard it said it had thundered; others said an angel had spoken to him. Jesus said, “This voice was for your benefit, not mine. Now is the time for judgment on this world; now the prince of this world will be driven out. And I, when I am lifted up from the earth, will draw all people to myself.” He said this to show the kind of death he was going to die.” (John 12.20-33)

The statement that jumps out at me each time I read this passage are these words from Jesus: “Unless a kernel of wheat falls to the ground and dies, it remains only a single seed. But if it dies, it produces many seeds. Anyone who loves their life will lose it, while anyone who hates their life in this world will keep it for eternal life.”

Statements like these seem to be more prevalent in John’s version of the Jesus story, and they trouble me. They bring to mind the writings and critiques of both womanist and feminist Christians who recount these passages’ destructive and even death-dealing fruit in their communities.

For example, womanist scholar Delores Williams, writing of how destructive holding up Jesus’ death as an example for Black women has been, states, “African-American Christian women can, through their religion and its leaders, be led passively to accept their own oppression and suffering— if the women are taught that suffering is redemptive” (Sisters in the Wilderness, p. 161).

She also writes, “As Christians, black women cannot forget the cross, but neither can they glorify it. To do so is to glorify suffering and to render their exploitation sacred” (p. 132).

Two pages earlier, Williams explains, “The resurrection does not depend upon the cross for life, for the cross only represents historical evil trying to defeat good. The resurrection of Jesus and the flourishing of God’s spirit in the world as the result of resurrection represent the life of the ministerial vision gaining victory over the evil attempt to kill it. Thus, to respond meaningfully to black women’s historic experience of surrogacy oppression, the womanist theologian must show that redemption of humans can have nothing to do with any kind of surrogate or substitute role Jesus was reputed to have played in a bloody act that supposedly gained victory over sin and/or evil.”

Similar reflections come from Christian feminist scholars like Elizabeth Bettenhausen, who writes, “Christian theology has long imposed upon women a norm of imitative self-sacrifice base on the crucifixion of Jesus of Nazareth. Powerlessness is equated with faithfulness. When the cross is also interpreted as the salvific work of an all- powerful paternal deity, women’s well being is as secure as that of a child cowering before an abusive father.” (Christianity, Patriarchy, and Abuse, p. xii)

In the same book, Joanne Carlson Brown and Rebecca Parker wirte in their ground breaking essay For God So Loved the World?—“Women are acculturated to accept abuse. We come to believe that it is our place to suffer . . . Christianity has been a primary—in many women’s lives the primary—force in shaping our acceptance of abuse. The central image of Christ on the cross as the savior of the world communicates the message that suffering is redemptive.” (For God So Loved the World?, p. 1)

And in the book Beyond God the Father, Mary Daly writes, “The qualities that Christianity idealizes, especially for women, are also those of a victim: sacrificial love, passive acceptance of suffering, humility, meekness, etc. Since these are the qualities idealized in Jesus ‘who died for our sins,’ his functioning as a model reinforces the scapegoat syndrome for women” (p. 77).

So what do we do with the passage from John’s gospel? First, I understand how desperately some people in the early Jesus community needed to make sense of Jesus’ unjust execution. So many had placed their hopes for change and liberation in his teachings, and he had been executed by the very status quo he had spoken out against. I can imagine early followers grappling with what this all meant for them and their decision to follow Jesus. I understand why, especially with Paul’s popularity among Gentile Christians, so many would come to see Jesus’ death as salvific and redemptive.

Today, I find much more positive fruit in life-affirming interpretations of the Jesus narrative, like those from womanist theologian, Rev. Dr. Kelly Brown Douglas, who in Stand Your Ground: Black Bodies and the Justice of God, writes, “God’s power . . . is not a power that diminishes the life of another so that others might live. God’s power respects the integrity of all human bodies and the sanctity of life. This is resurrecting power” (p.178). In other words, God doesn’t overcome death and death-dealing through more death, but by giving life, resurrecting life—life that overcomes, reverses, and undoes everything accomplished in the killing of Jesus.

As we shared a couple of weeks ago, in other versions of the Jesus story, Jesus died because he refused to keep silent in the face of injustice. The cross was not his silent bearing of injustice, but an unjust penalty imposed on him by unjust people in power who felt threatened by him and his public critique of their unjust system. In other words, Jesus doesn’t model the passive bearing of wrong. He models how to speak out against injustice even if you’re threatened with a cross for doing so.

I didn’t always teach this and I’m thankful for womanist and feminist scholars like those mentioned above who have brought these ideas to our attention. The way I used to interpret and teach the story of Jesus death’ has had devastating effects on the lives of abuse survivors and victims. Suffering is never redemptive. Standing up, speaking out, and saying “no” is redemptive, and glorifying people’s victimization can extend their bodily, emotional, and psychological pain. Victimization destroys a person’s self-worth, self-image, and dignity, robbing them of their sense of self-determining power, and theology that glorifies victimization rather than condemning or resisting it can also lead to death.

Life-giving interpretations of the Jesus story tell of a Jesus who doesn’t ask us if we are willing to suffer, but asks if we desire to fully live, to not let go of life, to not lay down, to not be passively silent when threatened for speaking out. Jesus did not come to die, nor did he choose the cross. He rather chose to live a life opposing unjust, oppressive and exploitative ways of organizing life in this world. Jesus chose not to remain silent; he chose to stand up in faithfulness to his life-giving God, and he refused to change course because of threat.

Jesus knew where his speaking out would lead. He knew what his solidarity with the excluded and exploited would cost him. And he chose to do it nonetheless. He refused to let go of life. He rejected the way of death, even while being threatened with death himself. In the words of Brown and Parker, choosing this interpretation, “is subtle and, to some, specious, but in the end it makes a great difference in how people interpret and respond to suffering.” (Christianity, Patriarchy and Abuse, p. 18)

Indeed, it makes all the difference in the world.

This week, let’s not ask ourselves how we can die. Jesus doesn’t call a person do die, but to live.

So what is it going to take for us to germinate?

2. Share with your group examples of how you have witnessed the message of redemptive suffering bearing harmful fruit. How do you interpret the story of Jesus death and resurrection in life-giving, life-affirming ways?