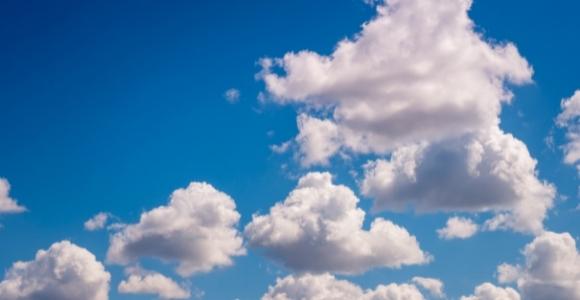 “There are so many contemporary parallels to draw between the way Luke’s gospel characterizes the life and mission of Jesus and the justice needs present in our world today. Since his era, oppression, domination and subjugation have only evolved. What does it mean for Jesus followers to live lives characterized by liberation for the oppressed, equity for the disenfranchised, inclusion of the marginalized, and diverse egalitarianism rather than by disparities of property, power, and privilege?”

Then Jesus, filled with the power of the Spirit, returned to Galilee, and a report about him spread through all the surrounding country. He began to teach in their synagogues and was praised by everyone. When he came to Nazareth, where he had been brought up, he went to the synagogue on the sabbath day, as was his custom. He stood up to read, and the scroll of the prophet Isaiah was given to him. He unrolled the scroll and found the place where it was written:

“The Spirit of the Lord is upon me,

because he has anointed me

to bring good news to the poor.

He has sent me to proclaim release to the captives

and recovery of sight to the blind,

to let the oppressed go free,

to proclaim the year of the Lord’s favor.”

And he rolled up the scroll, gave it back to the attendant, and sat down. The eyes of all in the synagogue were fixed on him. Then he began to say to them, “Today this scripture has been fulfilled in your hearing.” (Luke 4:14-21)

In Luke’s version of the Jesus story, Jesus’ ministry begins in and around Galilee. All of us today who feel passionately about the inclusion of those being marginalized or who are concerned with how communities and larger societies experience change can learn from this story.

Galilee was a marginalized region in a marginalized territory. The Jewish people were also a marginalized community within the Roman empire. With the Temple-state being centered in Judea, in Jerusalem, and seated in the temple there, Galilee’s more Hellenized Jewish communities were doubly marginalized.

The canonical gospel authors all locate Jesus primary ministry in that region. This choice not only reveals a passion for those being marginalized in any system, but also points us to how change happens. Change happens from the grassroots or bottom up and from the margins or edges of our societies inward. Change doesn’t usually come from the elite, powerful, or privileged who benefit from how society is structured now. Their experience is vastly different from those on the edges of society. Change usally comes from those for whom the present system is not working.

In this week’s narrative, the author of Luke conflates two passages from the Hebrew scriptures: one from Isaiah 61 and the other from Isaiah 58.

The spirit of the Most High GOD is upon me,

because the Most High has anointed me;

he has sent me to bring good news to the oppressed,

to bind up the brokenhearted,

to proclaim liberty to the captives,

and release to the prisoners;

to proclaim the year of the Most High’s favor,

and the day of vengeance of our God;

to comfort all who mourn;

Is not this the fast that I choose:

to loose the bonds of injustice,

to undo the thongs of the yoke,

to let the oppressed go free,

and to break every yoke?

Of all the passages in the Hebrew scriptures that the author of Luke could have chosen to summarize or characterize Jesus life and mission, these two passages are saturated with the theme of liberation for the oppressed. Notice the differences between the story here in Luke and Mark’s version. What does Luke adding to Mark’s telling?

He [Jesus] left that place and came to his hometown, and his disciples followed him. On the sabbath he began to teach in the synagogue, and many who heard him were astounded. They said, “Where did this man get all this? What is this wisdom that has been given to him? What deeds of power are being done by his hands! Is not this the carpenter, the son of Mary and brother of James and Joses and Judas and Simon, and are not his sisters here with us?” And they took offense at him. Then Jesus said to them, “Prophets are not without honor, except in their hometown, and among their own kin, and in their own house.” And he could do no deed of power there, except that he laid his hands on a few sick people and cured them. And he was amazed at their unbelief. Then he went about among the villages teaching. (Mark 6:1-6, cf Luke 4:20-30)

Luke adds to Mark’s version details of the themes of Jesus’ life and work. The reign of God as defined by this Jewish prophet of the poor would be just that: good news for the poor. It would announce liberation for the captives, the imprisoned, including slaves. It would proclaim sight to prisoners with prison blindness (Prison blindness was what was referred to at the time as being in a Roman cell/hole in the ground that was so dark one could not see what was around them.) It would announce liberation for the oppressed and proclaim the year of the Most High’s favor—language used to announce the year of jubilee when slaves were liberated and all debts were wiped out.

These verses make me reflect on the prison industrial complex in our society. Jesus proclaimed release for the slaves yet White Christians claimed to worship Jesus all through the years slavery remains a brutal cornerstone of the U.S. economy to this day. I also think of discussions about wiping out the heavy burden of student debt. Globally, national debt has a new form of colonization’s control and domination. There are so many contemporary parallels to draw between the way Luke’s gospel characterizes the life and mission of Jesus and the justice needs present in our world today. Since his era, oppression, domination and subjugation have only evolved.

What does it mean for Jesus followers to live lives characterized by liberation for the oppressed, equity for the disenfranchised, inclusion of the marginalized, and diverse egalitarianism rather than by disparities of property, power, and privilege? There are so many of us today who benefit from the violence of our present system. Are we allowing passages like this one in Luke to confront us?

Luke’s story continues with an account that foreshadows the early Jesus movement’s expansion in the book of Acts. The movement went through growing pains as it began to include those who had historically been excluded: Gentiles, eunuchs, women, and others. Their experience can teach us too: in our time, for whom is the Spirit making “no distinction between us and them” (see Acts 11:12; 15:9)?

There’s one more thing to note this week. The author of Luke uses an edited version of the Isaiah 61 passage that omits the phrase “the day of vengeance of our God.” Why?

There is a kind of liberation that dehumanizes oppressors while seeking to set the oppressed free. It doesn’t replace a tiered society with a shared table; it replaces the current system with a differently tiered society. Those once subjugated are now at the top, and those who were once the oppressors become oppressed. Communities under this kind of liberation are simply flipped. They aren’t transformed, they’re just rearranged. “God’s favor” for some is simultaneously “the day of God’s vengeance” for others.

Luke doesn’t promote that dualistic approach to liberation. Jesus’ followers rightly perceived that Jesus was about a different kind of liberation. At Jesus’ shared table, the powerful would be pulled down from their thrones, and the oppressed would be lifted up and liberated, but liberation and equality for some would include an invitation to oppressors to experience radical personal change as the system itself changed. Jesus’ liberation was a year of the Most High’s favor for all, and that favor looked different for people in different social locations and in the different areas of their lives.

Very rarely can people be defined in neat categories. We are all oppressed and oppressor simultaneously depending on which parts of our identities and positions in the present system we are contemplating. Our identities are complex and so our privileges and patterns of disenfranchisement are therefore intersectional and complex, as well.

What this means for me is that I need to embrace the kind of world that would be safe, compassionate, just home for everyone, and I need to rejoice in the changes that will transform me so that I want that world. I hope that we can choose a different world and work for it here, now. Change comes from the Galilean regions of our lives. We can each choose to be confronted, challenged, and changed in those areas where we might otherwise oppose a more justly shared world, and in those areas where we have a deep need for that world.

My choice for 2022 is, as a Jesus follower, to continue growing, continue changing myself, and to continue being committed to working for social change, as well.

2. What personal changes are you leaning into this new year? Discuss with your group.