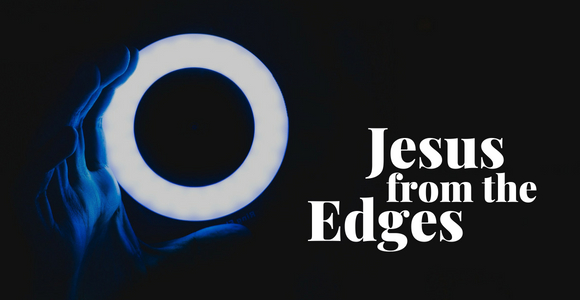 Photo by Nadine Shaabana on Unsplash

“These societal structures all function based on the variables of race, gender, sexuality, gender identity and expression, current economic status, ability, age, education, ethnicity, religion, criminal record, and more . . . What does it mean for a Jesus follower to take seriously Jesus’ solidarity with those relegated to the margins and/or undersides of his society?”

In previous series, we have discussed how people in Jesus’ society used the labels of “righteous” or “sinner”  to politically, socially, economically, and religiously gain power and privilege for themselves or to marginalize and exploit those who were vulnerable. (You can review this in The Lost Coin and Solidarity with the Crucified Community.) This week I want to build on this idea.

In that society, how well a person conformed to popular interpretations of the Torah determined where they fell on al spectrum between righteous/sinner or clean/unclean. The more righteous or “pure” one was deemed to be, the more their society centered them. They were more privileged. They had power. They were the elite.

Two groups in the Sanhedrin that competed for power were the Sadducees and the Pharisees. The Sadducees interpreted the Torah more conservatively than the Pharisees. This made conforming to their interpretation much more difficult. In many cases, their definition of “righteous” was only viable for those who had the economic means to conform, i.e. those with money who could afford to live the way the Sadducees deemed pure. This ensured that the Sadducees remained in power under the guise of fidelity to the Torah.

The second group, the Pharisees , was much more liberal in interpreting the Torah. This made them much more popular with the masses. Under the Pharisees’ teaching, it was easier to be righteous and avoid being labeled a sinner and thus marginalized. The Pharisees were the popular interpreters of the “teachings of Moses.” Being favored by the majority of the people gave them social power, yet they also preserved their position as the ones who set the standard of “clean” and “unclean.”

This was a social, political, economic and religious system that produced winners and losers. In this context, an itinerant Jewish teacher from Galilee named Jesus emerged. He stood apart from both schools of interpretation and came preaching a gospel where the “kingdom” belonged to those left out of both the Sadducees’ and Pharisees’ determination of who was righteous. With this in mind, read carefully the following passages.

Luke 5:30—“But the Pharisees and the teachers of the law who belonged to their sect complained to his disciples, ‘Why do you eat and drink with tax collectors and sinners?’”

Luke 19:7—“All the people saw this and began to mutter, ‘He has gone to be the guest of a sinner.”

Today in the U.S., our system creates winners and losers, too. Politically, we also have two parties that compete for popular approval while gaining power in a system that still privileges the elites. Economically, our system produces enormous wealth disparity, with those who “have not” being the natural result of creating those who “have.” Socially and religiously, we have complex systems that create an us versus them worldview and label those who are in and those who are out.

These societal structures all function based on the variables of race, gender, sexuality, gender identity and expression, current economic status, ability, age, education, ethnicity, religion, criminal record, and more. Our interconnectedness, our part-of-one-another is continually ignored. Rather than seeing every person’s differences as a testament to the rich variety we possess as a human family, we use these differences to “other” in ways that label some as “righteous” and others as “sinner.” Those of us whose differences place them in a minority category are still members of the human race, and still part of us.

What does it mean for a Jesus follower to take seriously Jesus’ solidarity with those relegated to the margins and/or undersides of his society? How can we live out that kind of solidarity in our context today? What does it mean to stand and work alongside those who are pushed to the edges of our society?

“Black, Hispanic, and Amerindian theologies in the United States, theologies arising in the complex contexts of Africa, Asia, and the South Pacific, and the especially fruitful thinking of those who have adopted the feminist perspective—all these have meant that for the first time in many centuries theology is being done outside the customary European and North American centers. The result in the so-called First World has been a new kind of dialogue between traditional thinking and new thinking. In addition, outside the Christian sphere efforts are underway to develop liberation theologies from Jewish and Muslim perspectives.  We are thus in the presence of a complex phenomenon developing on every side and representing a great treasure for the Christian churches and for their dialogue with other religions. The clarification I mentioned earlier is thus not limited to the Latin American context but affects a process and a search that are being conducted on a very broad front today. These considerations should not make us forget, however, that we are not dealing here solely with an intellectual pursuit. Behind liberation theology are Christian communities, religious groups, and peoples, who are becoming increasingly conscious that the oppression and neglect from which they suffer are incompatible with their faith in Jesus Christ (or, speaking more generally, with their religious faith). These concrete, real-life movements are what give this theology its distinctive character; in liberation theology, faith and life are inseparable. This unity accounts for its prophetic vigor and its potentialities. (Gustavo Gutierrez, A Theology of Liberation [15th Anniversary Edition])

Womanist scholar and theologian Jacquelyn Grant comments, “Theology as developed in Europe and America is limited when it approaches the majority of human beings…  nns Liberation theologies including Christian feminists, charge that the experience out of which Christian theology has emerged is not universal experience but the experience of the dominant culture . . . liberationists therefore, propose that theology must emerge out of particular experiences of the oppressed people of God.” (in White Women’s Christ and Black Women’s Jesus, pp. 1, 10)

Making space for these voices and attending to their insights is so very important. Here at Renewed Heart Ministries we believe that the teachings of Jesus —a 1st Century Jewish prophet of the poor from Galilee—can still speak into and inform our work of survival, resistance, liberation, reparation and transformation today. For that to be life giving, we must consider those teachings through the lens of the experiences of the people Jesus would have been addressing if he were walking among us today. As Ched Myers states in Binding the Strong Man, “The fact remains that those on the peripheries will have ‘eyes to see’ many things that those at the center do not.”

From the experiences of those now in a social location similar to the social location of those Jesus taught  we can see how those teachings help us in our work of making our world a safe, just, compassionate home for everyone. As someone who has been engaged in ministry for over twenty years, these perspectives, voices, stories of people fighting to reclaim their humanity in the context of their faith traditions have been the key to helping me rediscover and reclaim my own humanity as well. I resonate deeply with the words of Aboriginal elder Lilla Watson, “If you have come to help me, please go home. But if you have come because your liberation is somehow bound with mine, then we may work together.”  I don’t work alongside communities working for survival and liberation out of charity. It is beside them that I rediscover my own humanity, too.

If one is new to these perspectives, where does one start? One place to begin is by exposing yourself to the writings and works of those who belong to these communities. An easy way to do this is to follow our yearly reading course at RHM. We announce each month’s book at the beginning of each month. You can sign up to be notified of each month’s book by signing up for our weekly news and eSights emails here. The point is not so much where one begins as it is to simply begin. One resource will lead you to another, and over time, you’ll see the difference these voices make to you.

Jesus did not call those who the status quo places “first.” He instead stood alongside those his culture relegated to “last” place (see Matthew 20:8-16). He came not calling the insiders, but the people those in power had labeled as “sinners.”

What does it look like for us to do the same in our time?

I’m so glad you checked in with us, this week. Wherever you are today, keep living in love, survival, resistance, liberation, reparation and transformation. Till the only world that remains is a world where only love reigns.