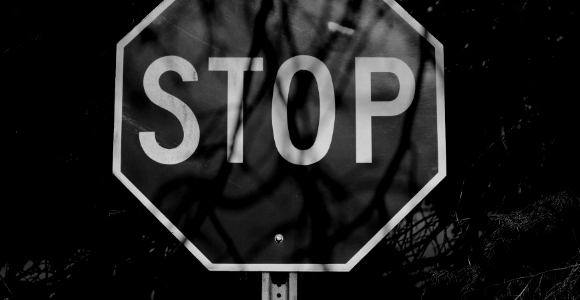 Photo by Michael Mroczek on Unsplash

Renewed Heart Ministries is a nonprofit organization working for a world of love and justice. We need your support to continue bringing the kind of resources and analysis that RHM provides.

Intersections between faith, love, compassion, and justice are needed now more than ever.

Help Christians be better humans. Please consider making a tax-deductible donation to Renewed Heart Ministries, today. To do so just go to our website at renewedheartministries.com and click “Donate” on the top right or if you prefer to make a donation by mail, our address is:

And to those of you out there who already are supporting this ministry, I want to say thank you. We could not continue being a voice for change without your support.

Before we wrap up this series on self-affirming nonviolent resistance, I want to address a topic that often comes up when we speak of nonviolence. That topic is self-defense.

When Peter uses the sword in Matthew’s gospel, Jesus tells him “Put your sword back in its place, “for all who draw the sword will die by the sword” (Matthew 26:52). Some Christians use this passage to say that if we take Jesus’ nonviolence seriously we also have to reject all self-defense. I do not agree. I interpret this story of Peter as pointedly rejecting the use of violence to accomplish the kind of human community (“the kingdom”) that Jesus envisioned. I do not interpret this passage as a rejection of marginalized people’s self-defense: rejecting their self-defense has produced harmful and even lethal fruit for victims of violence.

Jesus taught violated people ways to resist violation and to stand up and to affirm their selves when their humanity, their selves, were being denied (see Part 4). As we’ve discussed repeatedly in this series, Jesus did not teach his followers to be passive or submissive in the face of injustice, oppression, and violation.

There is a difference between using lethal force in self-defense and using non-lethal, yet violation-halting force. I do not mean to imply that just because something is nonlethal it is nonviolent. Yet some forms of self-defense follow Deming’s illustration of stopping the perpetrator while refusing to let go of their humanity and leaving open the possibility of transformation, of the perpetrator making better choices:

“With one hand we say to one who is angry, or to an oppressor, or to an unjust system, ‘Stop what you are doing. I refuse to honor the role you are choosing to play. I refuse to obey you. I refuse to cooperate with your demands. I refuse to build the walls and the bombs. I refuse to pay for the guns. With this hand I will even interfere with the wrong you are doing. I want to disrupt the easy pattern of your life.’ But then the advocate of nonviolence raises the other hand. It is raised outstretched – maybe with love and sympathy, maybe not – but always outstretched . . . With this hand we say, ‘I won’t let go of you or cast you out of the human race. I have faith that you can make a better choice than you are making now, and I’ll be here when you are ready. Like it or not, we are part of one another.’” (Revolution & Equilibrium, 1971, p. 224)

I want to bring up an event in history that is usually used to illustrate the limitations of nonviolence and accuse nonviolence advocates as naive. The question is usually phrased, “Would nonviolence have stopped Hitler in World War II?”

First, to say that America entered World War II to defend the Jewish people against Hitler’s holocaust romanticizes the history at best and reconstructs it at worst. The U.S. knew what Hitler was doing long before it entered the war and it still chose to remain on the sidelines. Not until the Japanese government attacked the United States’ interests in Pearl Harbor did the U.S. entered the war.

America could have ended Hitler’s holocaust without firing a single shot.

The following is from A People’s History of the United States:

“By 1941 Standard Oil of New Jersey [Exxon] was the largest oil company in the world, controlling 84 percent of the U.S. petroleum market. Its bank was Chase and its owners were the Rockefellers. J.D. Rockefeller had always argued that two things were essential to the oil industry’s survival: checking ‘ruinous competition’ and ‘cooperation.’ Given the success of his monopoly at making enormous profits for its investors while at the same time destroying any form of competition and keeping prices artificially high, it seems quite clear whose survival he was really talking about.

“After the Rockefellers, the next largest stockholder in Standard Oil was I.G. Farben, the giant German chemical company. This investment was part of a pattern of reciprocal investments between the U.S. and Germany during the Nazi years. During the Great Depression, Germany was viewed as a hot area in which to invest.”

“A brief aside is required here to explain what type of company I.G. Farben actually was. At the time, it was the world’s largest chemical company and through the talents of its scientists and engineers, it secured the vital self-sufficiency that was to enable Germany to maneuver in the world of power politics. From its laboratories and factories flowed the strategic raw materials that Germany’s own territory could not supply, the synthetics of oil, gasoline, rubber, nitrates, and fibers. In addition, I.G. produced vaccines and drugs such as Salvarsan, aspirin, Atabrine, and Novocain, along with sulfa drugs, as well as poison gases and rocket fuels. The depth of I.G. Farben’s connection to Nazi policy was finally realized at Auschwitz, the extermination center where four million people were destroyed in accordance with Hitler’s ‘Final Solution of the Jewish Question’. Drawn by the seemingly limitless supply of death camp labor [free labor by those in concentration/extermination camps], Farben built I.G. Auschwitz, a huge industrial complex designed to produce synthetic rubber and oil. This installation used as much electricity as the entire city of Berlin, and more than 25,000 camp inmates died during its construction. I.G. Farben eventually built its own concentration camp, known as Monowitz, which was closer to the site of the complex than Auschwitz was, in order to eliminate the need to march prisoners several miles to and from the plant every day.”

What we must not gloss over about this history is:

“This [I.G. Farben] was the company enthusiastically embraced by Standard Oil [Exxon] as well as other major American corporations like Du Pont and General Motors. I do not, however, state that Standard Oil [Exxon] collaborated with the Nazis simply because I.G. Farben was its second largest shareholder. In fact, without the explicit help of Standard Oil, the Nazi air force would never have gotten off the ground in the first place. The planes that made up the Luftwaffe needed tetraethyl lead gasoline in order to fly. At the time, only Standard Oil, Du Pont, and General Motors had the ability to produce this vital substance. In 1938, Walter C. Teagle, then president of Standard Oil, helped Hermann Schmitz of I.G. Farben to acquire 500 tons of tetraethyl lead from Ethyl, a British Standard subsidiary. A year later, Schmitz returned to London and obtained an additional 15 million dollars worth of tetraethyl lead which was to be turned into aviation gasoline back in Germany.” (Emphasis added.)

One of the most damming pieces of the article follows:

‘After the war began in Europe, the English became angry about U.S. shipments of strategic materials to Nazi Germany. Standard Oil immediately changed the registration of their entire fleet to Panamanian to avoid British search or seizure. These ships continued to carry oil to Tenerife in the Canary Islands, where they refueled and siphoned oil to German tankers for shipment to Hamburg.” (Emphasis added.)

“This deception was exposed on March 31, 1941 when the U.S. State Department issued a detailed report on refueling stations in Mexico and Central and South America that were suspected of furnishing oil to Italian and German merchant vessels. The report listed Standard Oil of New Jersey and Standard Oil of California among those fueling enemy ships, but there is no record of any action being taken as a result of this discovery. Similar deals between Standard Oil and the Japanese government for the purchase of tetraethyl lead have also been uncovered, but no direct action was ever taken against Standard Oil for its dealings with America’s enemies. A brief side note, however, is that on April 17, l945 the Chase National Bank was placed on trial in federal court on charges of having violated the Trading With the Enemy Act by converting German marks into U.S. dollars. Because many countries refused to accept German currency during the war, the Nazis used foreign banks like Chase National to change the currency into money that would be accepted, and thus allowed them to purchase much need materials to prolong the war. The closer one looks, the more ties one finds between American business and Nazi Germany, many of which remained strong well into and beyond the war.” (Emphasis added.)

In other words, had U.S. corporations valued people over profit, especially people who were being exterminated over war profiteering, Hitler would never have had the resources (gasoline, oil, rubber, nitrates, and fibers) needed for the war and holocaust of Jewish and other marginalized people (see Ford and GM Scrutinized for Alleged Nazi Collaboration):

“Although [Henry] Ford later renounced his antisemitic writings, he remained an admirer of Nazi Germany and sought to keep America out of the coming war. In July 1938, four months after the German annexation of Austria, he accepted the highest medal that Nazi Germany could bestow on a foreigner, the Grand Cross of the German Eagle. The following month, a senior executive for General Motors, James Mooney, received a similar medal for his ‘distinguished service to the Reich.’” German trucks driven by the Nazis were manufactured by the Ford Motor Company and by Opel [GM] which also built German war planes.”

This entanglement lasted until America declared war on Germany in December 1941, and when contact with the German subsidiaries of these companies became illegal.

All companies involved denounce their activities with the Nazis, today. But closing their free labor camps and blocking the Nazi’s extermination of Jews and others could have brought Hitler’s efforts to its knees without a shot ever being fired.

We will never know.

Lastly in this treatment of self-defense, I want to address home invasion. I want to disclose that I have had my own home broken into, and I understand this violation firsthand.

I also know that we live in a system that creates winners and losers, and sometimes losers become desperate in their attempts to survive. We must understand when someone is stealing “a loaf of bread just to be able to eat.” I’m reminded of Hugo’s Les Miserables where a priest responds to Val Jean’s theft of the silver by giving him the additional silver candlesticks.

Are we really defending ourselves? Or are we simply defending our privilege or “standing our ground?” Self-defense does not have to violate the principle of self-affirming, nonviolent, resistance, but defending one’s privilege against a more egalitarian world is itself an act of violence.

I want to be clear. Anyone who violates another person should be stopped, regardless of social location. We must learn to mercifully and justly hold their humanity too.

Next week will be our final installment of this series.

Don’t forget, we need your support here at RHM to continue making a difference.