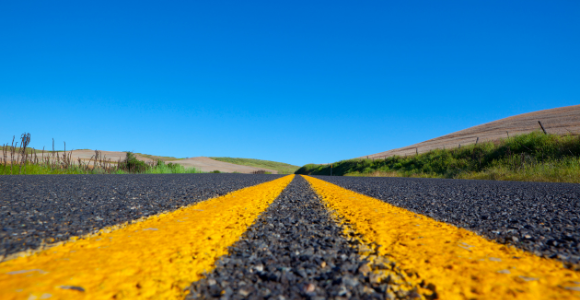 “And what does change cost? Is it this cost that causes us to be more moderate when we should be directly and actively opposed to things in our system that are harming the objects of the Universal Divine love we preach? Do we see ourselves in this story?”

They sailed to the region of the Gerasenes, which is across the lake from Galilee. When Jesus stepped ashore, he was met by a demon-possessed man from the town. For a long time this man had not worn clothes or lived in a house, but had lived in the tombs. When he saw Jesus, he cried out and fell at his feet, shouting at the top of his voice, “What do you want with me, Jesus, Son of the Most High God? I beg you, don’t torture me!” For Jesus had commanded the impure spirit to come out of the man. Many times it had seized him, and though he was chained hand and foot and kept under guard, he had broken his chains and had been driven by the demon into solitary places.

Jesus asked him, “What is your name?”

“Legion,” he replied, because many demons had gone into him. And they begged Jesus repeatedly not to order them to go into the Abyss.

A large herd of pigs was feeding there on the hillside. The demons begged Jesus to let them go into the pigs, and he gave them permission. When the demons came out of the man, they went into the pigs, and the herd rushed down the steep bank into the lake and was drowned.

When those tending the pigs saw what had happened, they ran off and reported this in the town and countryside, and the people went out to see what had happened. When they came to Jesus, they found the man from whom the demons had gone out, sitting at Jesus’ feet, dressed and in his right mind; and they were afraid. Those who had seen it told the people how the demon-possessed man had been cured. Then all the people of the region of the Gerasenes asked Jesus to leave them, because they were overcome with fear. So he got into the boat and left.

The man from whom the demons had gone out begged to go with him, but Jesus sent him away, saying, “Return home and tell how much God has done for you.” So the man went away and told all over town how much Jesus had done for him. (Luke 8:26-39)

This week’s story hasn’t aged well. Taking the story literally has born harmful fruit to those with disabilities because the culture in which the Jesus story was written and shared believed that things like mental disabilities and epilepsy were the result of demonic possession.

Josephus, a Jewish historian near the time of Jesus, wrote:

“Exorcism is an exceptionally powerful cure among our own people down to this very day.” (Jewish Antiquities, 8.46)

In this story, the demonic possession is a metaphor for the very concrete, literal political reality of the Jewish people during this time. The Jewish people were possessed, that is, occupied by the Roman empire. One hint that this story should not be taken literally but as code for political oppression is that the name of the “demon” possessing the man in the story is Legion.

A Roman legion was the Roman army’s largest military unit. This occupying, militaristic presence kept Rome’s invaded and conquered territories in line during the Pax Romana, the peace of Rome. These occupying forces, literally peacekeepers, kept uprisings and rebellions repressed through their continual military presence.

Another sign of metaphor in this story is the presence of pigs and pig farmers in a Hellenized Jewish community. Pigs are unclean in the Torah and forbidden as food. I imagine that the Jewish farmers in this story may have raised them for export to other regions of the Roman empire. Pig farming in this Jewish community indicates the economic entanglement of being “possessed” by the Roman empire. Roman occupation, especially in Hellenized Galilee, was a complex reality where Roman occupation both harmed and benefited the people simultaneously.

And this is a major story theme. To be liberated from Rome would come at a cost, an economic cost at least. The community eventually rejects Jesus’ liberation ministry because even though Roman occupation harmed them in some areas of their lives, it was beneficial in others and they were willing to live with it.

Jesus’ exorcism represented a real, political repudiation of the Roman occupying force. The people’s response to Jesus reveals the sentiment in some Hellenized communities that they didn’t want to be liberated to the extent that they would lose the benefits of Rome’s occupation. They may have wanted independence but that desire simply did not outweigh the benefits occupation brought to their daily lives.

Last month, Renewed Heart Ministries recommended book of the month was Kwok Pui-lan’s Postcolonial Politics and Theology: Unraveling Empire for a Global World. The work of decolonizing our theology and unravelling from empire is relevant to our story this week. The tension we encounter in this story between the desire for liberation and the fear of uncertainty and change that freedom and independence would bring is very real and not something we should brush off too lightly.

I used to read this story with eyes focused primarily on the demoniac. But as I get older, I’m starting to perceive the demoniac as a story device to connect the hearers of this story to its central characters: those so enmeshed and entangled in the system of their oppressors that they no longer want liberation when the possibility arises. Ched Myers reminds us, “Whether personal or political, liberation has a cost, and there will always be those unwilling to risk it.” (*Myers, Ched; Dennis, Marie; Nangle, Joseph; Moe-Lobeda, Cynthia; Taylor, Stuart, “Say to This Mountain”: Mark’s Story of Discipleship, p. 60)

We often have said here at Renewed Heart Ministries that our primary work as followers of the moral philosophy of Jesus in our contemporary context is to, in whatever way we can, work toward shaping our world into a safe, compassionate, just home for everyone, especially those made unsafe in our world and our societies.

As we imagine what a safer, more just world could look like, and as we work toward that kind of world, how do our entanglements with our current society create tension and reluctance for us to change things today?

For some people, this society doesn’t outweigh the desire for change; it doesn’t even come close. But for many others, and I’m thinking of many of my liberal friends who are straddling two realities, the present iteration both benefits them and causes them deep concern for the people who are harmed by capitalism, classism, the patriarchy, White supremacy, heterosexism, gun legislation, or so many other things.

There are times when it is appropriate to take inventory of whether you really want things to change? Is it enough to grant equal opportunity in a system that will continue to produce winners and losers? Or does the system itself desperately need change.

And what does change cost? Is it this cost that causes us to be more moderate when we should be directly and actively opposed to things in our system that are harming the objects of the Universal Divine love we preach?

Do we see ourselves in this story?

When liberation stands on the threshold of our lives, knocking, are we through our choices quietly asking it to also leave because we are “overcome with fear”?

As someone who didn’t ask to be born into my social location, my prayer is that when liberation comes knocking, I will have the courage to open the door and invite the change in.

2.  What does change cost? Is it this cost that causes us to be more moderate when we should be directly and actively opposed to things in our system that are harming the objects of the Universal Divine love we preach? Discus with your group. 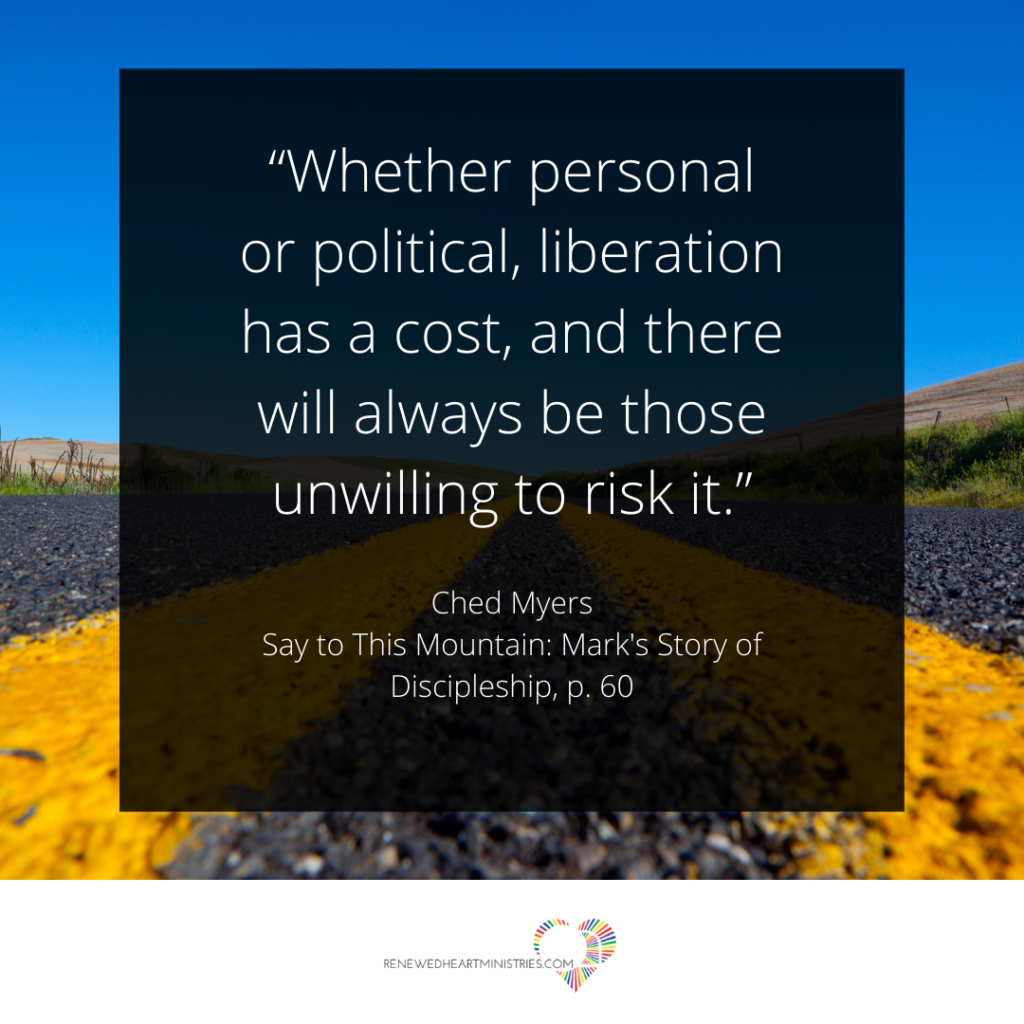