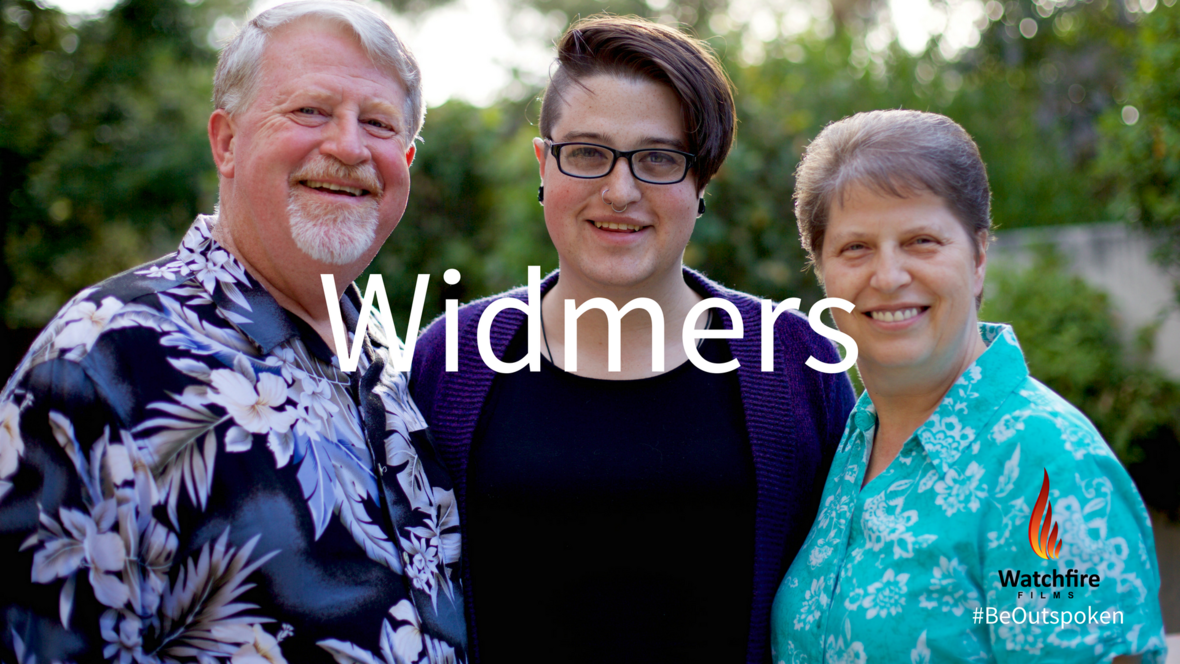 A new segment of the Outspoken series was released this past Friday.  We are beyond words excited to be helping to promote this one.  Crystal and I are friends with Pastor Kris and Debbie. They are dear to our hearts, and it is our hope that their story moves you as it has us.

This is from the producers.  This is the Widmer’s story.

“It’s such a joy to share the new “Outspoken” segment featuring Pastor Kris and Debbie Widmer. They are the parents of a transgender daughter, and they share their emotional and spiritual journey, challenges, and changing perspective in such a moving and vulnerable way that we know they are going to help other parents with children who are gender and sexual minorities know that they are not alone.

Parents of LGBTQ children in the church have no support structures within the church and usually go in a “second closet” themselves when their children come out. They are aware of the misinformation and stereotypes that are rampant in the church due to the general silence around this topic (or worse, terrible fear-tactics like “bathroom bills” that scapegoat transgender people like their children) and they feel keenly that they will be judged and ostracized. That’s what happened to the Widmers who felt incredibly isolated and alone when their child first came out to them as transgender while in graduate school.

Pastor Kris Widmer has worked for the Adventist Church for 32 years, but in their time of crisis, who can they talk to? Where can they turn? Where is any information or help other than a policy document that only serves to further isolate and turn transgender people and their families away?

The Widmers are willing to share their story now to try to help families have resources so they can respond better. As Kris says at one point, “Where is the pamphlet from the family ministries department, ‘So you have a transgender child…these are some things you should know. Number one, you are going to go through a grief process. Number two, don’t push your child away. It’s better to have a living transgender child than to stand over the casket of your child…that pamphlet needs to be produced.”

While we’ve been editing this piece, we keep noting that we haven’t seen anything like this before. There has not been much listening to parents of LGBTQ children at all (not a surprise given how little LGBTQ people are listened to, so their families also tend to be underheard too).

Give their story a listen. Not only is their process as parents moving and eye-opening, but where they’ve landed is something we hope other families can see as a hopeful model.

The Widmers are willing to talk to other parents of LGBT children because they know how very few people are safe and can truly get what other parents go through. If you want to connect with them or know parents who would, email me (just reply to this newsletter), and we will put you in touch. We also can help connect family members to SDA Kinship’s Family outreach.”