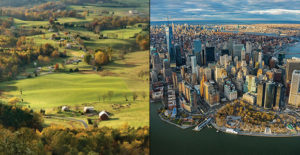 I sit here this morning thinking about the people I’ve had the pleasure of meeting over the last two weekends.  The settings could not have been more opposite.  One group lives in the country, rural Virginia, nestled in the Shenandoah Valley.  The other lives in a suburb much further north of New York City.  But what both groups have in common is their overwhelmingly positive responses to what I shared with them.

With both groups we endeavored to recapture and possibly reclaim the sayings and teachings attributed to Jesus of Nazareth from within the context of his own first century cultural, social, political and religious settings. And after locating those settings within their own contexts (to the best of our knowledge) we then sought to imagine together their application in our societies today.  Some of the values we explored in each location were:

If you’ve been tracking with our Jesus For Everyone podcast this year, much of what we covered the last two weekends has been explored in much more depth there.

Again, the responses by both groups were overwhelmingly positive, especially when the relevance of Jesus’ teachings are realized with our own contemporary context.  Too often the Jesus story has been read from (and used by) the wrong ‘locations’ in our societies. Gustavo Gutierrez correctly hints at this when he states:

“Black, Hispanic, and Amerindian theologies in the United States, theologies arising in the complex contexts of Africa, Asia, and the South Pacific, and the especially fruitful thinking of those who have adopted the feminist perspective—all these have meant that for the first time in many centuries theology is being done outside the customary European and North American centers. The result in the so-called First World has been a new kind of dialogue between traditional thinking and new thinking.” (Theology of Liberation, Kindle Location 136)

The Jesus we see in the gospel of Luke is not only a very earth-focused Jesus (as opposed to a focus on achieving access to a post-mortem heaven), it is a Jesus whose earth focus is primarily aimed at the excluded, the subjugated, the marginalized, and the disinherited of the earth.  As James H. Cone has so famously and aptly stated, “The God we see in Jesus is a God of the oppressed.”  Jesus offered meaningful wisdom toward survival, resistance, liberation and reconstruction. In short, it was a way to heal our world, or “salvation.”

I will possibly be back in Virginia this coming winter for a more extended time with the group there.

The presentations from New York (The Sayings of Jesus) will be posted to our website later this week. I’ll be looking forward to your feedback from them, as well.

I want to thank both groups for their invitation and warm hospitality toward me. Meeting each of you was a genuine pleasure. And for each of you who support the work of RHM, thank you.  We could not continue to exist, nor do the positive work we do, which we feel, like you, is so desperately needed both within Christianity, and along side the larger, human community today.

Wherever this finds you today, keep living in love, till the only world that remains is a world where only love reigns.