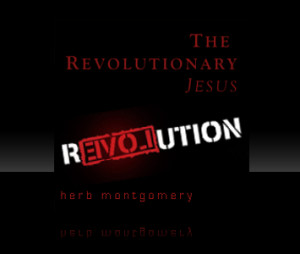 The early, first-century followers of Jesus proclaimed the good news of an empty tomb.  Their “gospel” was this Jesus, whom they crucified, God had brought back to life! The execution of Jesus had been reversed and undone.  The values that Jesus taught in the Sermon on the Mount, had not failed.  They saw themselves as part of something they believed was unstoppable, and that would, ultimately, heal the world. (see John 3.17)  They announced a Jesus who was still out there, still recruiting, still calling “Follow Me.”  As 2015 closes, we would like to feature the final presentation in the new Revolutionary Jesus series—An Unstoppable Revolution by Herb Montgomery.  It is our hope that, as you listen, your heart will be renewed and inspired to embody the teachings of “this Jesus.” (Acts 2.32)