News
Book of the Month for April 2019

A Theology for the Social Gospel, 21st Century Edition 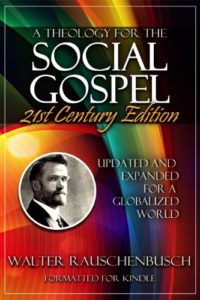 The Social Gospel movement was a Protestant Christian movement that was most prominent in the late 19th century and early 20th century. The movement applied Christian ethics to social problems, especially social justice, inequality, liquor, crime, racial tensions, slums, bad hygiene, child labor, weak labor unions, poor schools, and the danger of war. Walter Rauschenbusch was one of the leaders of this important Christian movement.

In this revised and expanded edition, Walter Rauschenbusch’s classic theological text “A Theology for the Social Gospel” is brought to bear on a rapidly changing and globalized world. The original text is expanded with provocative subheadings in each chapter for clear and concise organization. The book is edited for gender neutrality. The book contains over 50 end of chapter reflection questions bringing Rauschenbusch’s theology for the social gospel into conversation with twenty-first century concerns, including everything from global terrorism to technology, LGBT issues to social media, and the persisting problems of poverty and wealth.