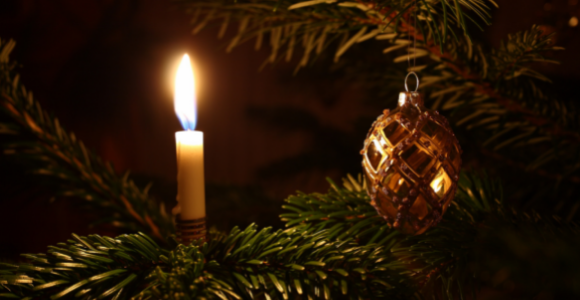 2021 has been a year of big challenges. Doing ministry during an ongoing COVID-19 pandemic has brought its share of change along with moments of heartwarming providence and blessings.

As this year is coming to a close, I’m deeply humbled and thankful for all of you who read, listen to, and share RHM’s work.  I’m also grateful for the actions you have taken to make our world a safer, compassionate, just home for all. Thank you for being such an important part of our community, and for your continued support.

Thanks to a kind donor, who also believes in our work, we are able to extend matching donations through the end of month of December.  All donation this month will be matched, dollar for dollar, making your support of Renewed Heart Ministries, and the work we do, go twice as far.

Your support enables RHM to continue providing much needed resources to help Jesus-followers find the intersection between their faith and labors of love, compassion, and justice in our world today.

As 2021 ends, we invite you to consider making a donation to Renewed Heart Ministries to make the most of this very kind offer.

You can donate online by clicking online at renewedheartministries.com and clicking “Donate.”

Thank you in advance for your continued support.

This coming year, together, we will continue being a voice for change.

Advent as Too Political 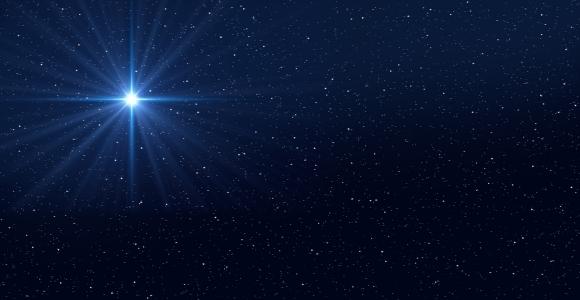 “If Jesus really did begin as a disciple of John, what was it about John’s preaching that resonated so deeply? Was it concern for what people were unjustly suffering within a system structured to benefit others at their expense? . . . How can we, as Jesus-followers during Advent season, continue John’s and Jesus’ work in our own settings today?”

This weekend is the third weekend of Advent. Our reading is:

John said to the crowds coming out to be baptized by him, “You brood of vipers! Who warned you to flee from the coming wrath? Produce fruit in keeping with repentance. And do not begin to say to yourselves, ‘We have Abraham as our father.’ For I tell you that out of these stones God can raise up children for Abraham. The ax is already at the root of the trees, and every tree that does not produce good fruit will be cut down and thrown into the fire.” “What should we do then?” the crowd asked. John answered, “Anyone who has two shirts should share with the one who has none, and anyone who has food should do the same.” Even tax collectors came to be baptized. “Teacher,” they asked, “what should we do?” “Don’t collect any more than you are required to,” he told them. Then some soldiers asked him, “And what should we do?” He replied, “Don’t extort money and don’t accuse people falsely—be content with your pay.” The people were waiting expectantly and were all wondering in their hearts if John might possibly be the Messiah. John answered them all, “I baptize you with water. But one who is more powerful than I will come, the straps of whose sandals I am not worthy to untie. He will baptize you with the Holy Spirit and fire. His winnowing fork is in his hand to clear his threshing floor and to gather the wheat into his barn, but he will burn up the chaff with unquenchable fire.” And with many other words John exhorted the people and proclaimed the good news to them. (Luke 3:7-18)

The followers of John the Baptist comprised a movement that preexisted the Jesus moment and co-existed alongside it for a time. They were quite a broad Jewish community (see Mark 1:5; 11:32; and Josephus, Jewish Antiquities, 18:118-119). Most Jesus scholars today see Jesus’ and John’s movements as separate but related, perhaps with Jesus following John before launching out on his own (see Mark 1:14).

The gospel of John, the canonical gospel written last, goes to great lengths to portray Jesus and his movement as being superior to John’s, however, and there are differences between John’s movement and Jesus’, including differences on fasting and baptisms (see Mark 2:18; John 4:1-2).

This week, in the context of Advent, I’ll focus on the themes that John’s teachings and Jesus’ held in common.

To the crowds, John taught:

“Don’t collect any more than you are required to.”

In each of these instances, John reminds us of his own location: he’s not within the system of the temple-state we covered last week but a voice in the wilderness calling for social justice from outside. He’s standing within the Hebrew Prophetic tradition here. His concern is for justice to be practiced within his society because deeds prove social repentance is more than lip service. John demands that those who are exploiting others stop making them vulnerable.

John and Jesus were not itinerant preachers traveling the countryside, handing out tickets to a post mortem heaven as an escape from this world’s problems or a reward for religious purity. They were both itinerant prophets of the poor, deeply concerned not about a life hereafter but about the concrete realities of those suffering in the here and now.

In this light, and especially during the season of Advent, a Christianity that focuses on achieving entrance into heaven without regard for injustices being committed right now is out of harmony with the teachings of both John and Jesus.

For many Christians, it’s rare to speak out against real world injustice. I’ve bumped up against this disconnect myself. As I’ve spoken out against racism and White supremacy, patriarchy and misogyny, classism and predatory capitalism, homophobia, biphobia, transphobia, and exclusion, for many years now, too often it’s my Christian friends who’ve told me that we are to be “not of this world” and that I was reading the Jesus story too “politically.”

By “too political,” my friends don’t mean that I was endorsing and promoting a certain political party or specific candidate. But in our highly charged environment, speaking out against harm being done to vulnerable communities is political. Jesus was also political in that he taught that the reign of God belonged to those the present system makes poor.

Both Jesus and John are religious in the sense that they both interpreted their religious commitment to the God of the Torah, but their teachings were also political, economic, and social as well. You can’t separate Jesus’ and John’s teachings along these hard lines or categories. If you begin with an understanding that God loves everyone, then any harm being done in the present to the objects of that love should be opposed. This is what we see happening in the lives and ministries of both John and Jesus. Speaking out got John beheaded. It got Jesus crucified.

I’m reminded of the words of the late Dr. James H. Cone in this regard:

Whether speaking out against harm to vulnerable communities is political all depends on which communities you claim are being harmed. If, for example, I were saying that Christian religious freedoms are being limited by recognition of same-sex marriage, or that men are at risk because of the accusations of the Me Too movement, or that White folks were being harmed by the teaching of critical race theory, or, especially at this time of year, that Christmas itself was under attack, then I would probably be applauded. I wouldn’t be accused of being “too political.” I’m guessing I wouldn’t hear that as Christians “we are not of this world.”

The problem, then, isn’t that I’ve taken a side, but which side I’ve have taken. Have I taken the side of those who are losing their positions of privilege and power in a changing society, or have I, reading the Jesus story through the lens of oppressed people, chosen to speak out alongside communities that for too long have been crying out for justice and change? Social location matters. Which communities in which social locations have we chosen to speak out alongside?

This Advent season, may we stand in the spirit of John and Jesus, and carve out time to listen to those calling for justice and change in our day. May we make time to listen to Indigenous communities and immigrants; to trans, lesbian, gay and bisexual people; let’s listen to Black and Brown people; to women and religious minorities in our communities; and let’s listen to those who, economically, daily scratch and scrape to survive on the losing side of our economic games.

If Jesus really did begin as a disciple of John, what was it about John’s preaching that resonated so deeply? Was it concern for what people were unjustly suffering within a system structured to benefit others at their expense? Jesus repeated and enlarged these themes in his own life and teachings.

How can we, as Jesus-followers during Advent season, continue John’s and Jesus’ work in our own settings today?

2. How does Advent call you to focus on concrete forms of justice work in our society today? Discuss with your group. 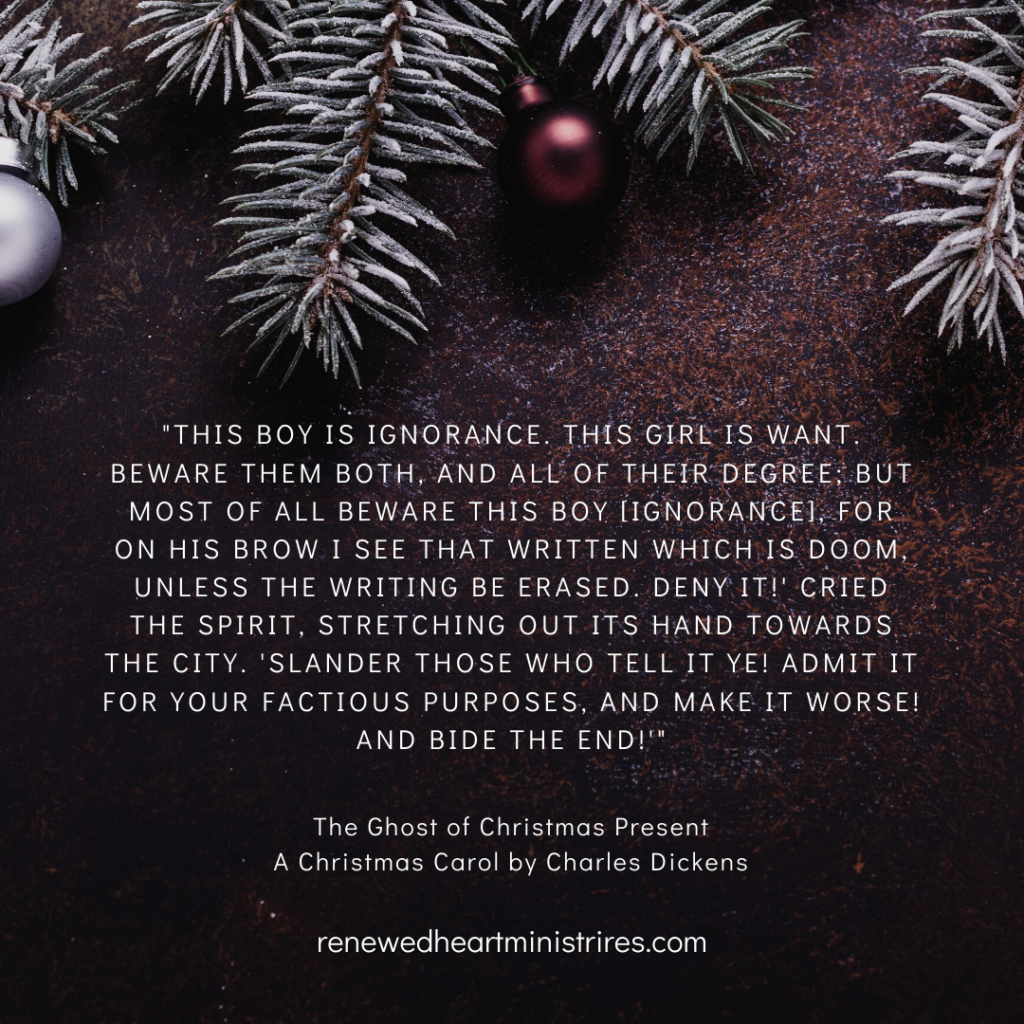