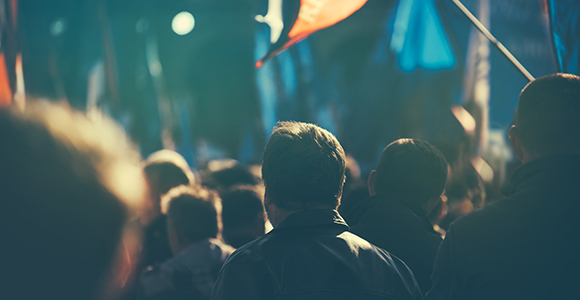 Luke 11:31-32: “The Queen of the South will rise at the judgment with the people of this generation and condemn them, for she came from the ends of the earth to listen to Solomon’s wisdom; and now something greater than Solomon is here. The men of Nineveh will stand up at the judgment with this generation and condemn it, for they repented at the preaching of Jonah; and now something greater than Jonah is here.”

This week’s saying is part of an apocalyptic worldview that hopes for a future retributive and transformative “judgment”. On that day in the future, the Jewish people expected all injustice, oppression, and violence would be put right. Many also expected retribution against their oppressors, those at the helm of unjust systems perpetrating violence against the people of Israel. (For a summary of the Jewish apocalyptic worldview held by many in the 1st Century, please see An End of the World Savior versus Present Liberator .)

Those who subscribed to Jewish apocalypticism also looked forward to a resurrection (see Daniel 12:2). Our saying this week references the resurrection of both the Queen of Sheba and the people we considered last week, the people of Nineveh. This statement is powerful because both of these figures were Gentile, and the Pharisaical school of Shammai would have considered them morally inferior to Jews. Jesus placing them in the position to pass moral judgment on that generation of Jews would have provoked no small response in his listeners.

What was happening in Jesus’ society that would have warranted him saying this?

During the time of Jesus, the socio-economic and political situation in Galilee and Jerusalem was escalating toward breaking point. The rich were exploiting the poor through a plutocracy centered in Jerusalem and the temple there. Property, power, prosperity, privilege, and profit were valued far above the lives of the people at whose expense they were acquired. In addition, a movement gaining ground among the poor and working class had the potential to literally burn the whole thing down. This movement, led by the Zealots and their charismatic messiahs, sought militaristic revolt to overthrow the oppression of the Roman empire and the Jewish aristocracy that made their lives a commodity.

History now reveals that violent zealotry did win the day in Jerusalem. The Temple was overthrown and the temple record of debts owed the rich by the poor was the first to be burned. The Zealots then took the temple the center of operations in a violent assault against Rome itself. The result was as catastrophic as Jesus had feared: Jerusalem was razed to the ground and the Romans banned the Jewish people from taking it back as their home for the rest of the Roman empire’s existence.

Considering these events, Jesus’ warning was not exaggerated. One did not need divine revelation to look at how Rome had treated rebellions in the past and discern the fate of a militaristic rebellion by economically exploited people. Throughout history, the masses have not had the same access to the same kind of power as the elite. The masses’ power, a different kind of power was what Jesus cast before the imaginations of the oppressed in his society.

Whereas those who followed the path of violent revolt in Jerusalem ultimately rejected Jesus’ vision, this week’s saying comes long before that rejection became complete. This is a warning given in the language of Jesus’ own time and place: those characterized as morally inferior would rise up on the Day of Judgment and condemn Jesus’ generation.

According to the Jewish folklore about The Queen of Sheba, she recognized wisdom when she saw it. In the Jewish story about Nineveh, the Ninevites repented when they heard Jonah’s announcement. Whether Jesus would have described himself as wiser than Solomon and greater than Jonah or his followers added that later, the question that emerges from this week’s saying is what would those in our sacred stories think of the decisions we are making today?

We rarely imitate those people from history who we hold up as models, and it is not that we lack the courage or the wisdom they had. Rather we lack the ability to recognize history repeating itself. Spin doctors stay busy keeping the masses from seeing the parallels that prophets call people to see. In our saying this week, Jesus is using figures from Jewish history that represent wisdom and repentance, and calling his audience in their time and circumstances to do as these examples did.

Light from Outside Christianity

The Queen of South (embracing wisdom) and Ninevites (practicing repentance) were considered outsiders in Jesus’ Jewish community. Today I see parallels within Western Christianity and the way some Christians characterize popular culture, science, secularism, and progressive liberalism. If Jesus were addressing sexism, classism, racism, and cis-heterosexism today, I wonder if he would say that secularists, liberals, scientists will arise in the judgment and condemn American Evangelical Christians for their failure to recognize wisdom and repent of their failure to defend minorities and the downtrodden. Evangelicals have most often in American culture (knowingly and unknowingly) opposed eliminating political, social, and economic inequalities.(See It Wasn’t Abortion That Formed the Religious Right. It Was Support for Segregation.)

Today, especially after America’s most recent election season, Evangelical Christianity has lost its witness, and it is no longer credible in matters of compassion. (For a recent account, read the New York Times article The Evangelicalism of Old White Men Is Dead.) Many Evangelicals, especially here in West Virginia, have now chosen violent solutions to their desperation about their economic status and they’ve been duped into choosing destructive options for others.

I’ve heard from some people that Christians should not be political. That’s not the case. It’s rather that White Evangelical Christians today, unlike Jesus, have and continue to come down on the side of oppression rather than on the side of the oppressed, the poor, the subjugated and the marginalized (compare Jesus in Luke 4:18-19). In the book Meeting Jesus Again for the First Time, Marcus Borg states:

“There is something boundary shattering about the imitatio dei that stood at the center of Jesus’ message and activity. “Be compassionate as God is compassionate.” Whereas purity divides and excludes, compassion unites and includes. (The purity system created a world with sharp social boundaries between pure and impure, righteous and sinner, whole and not whole, male and female, rich and poor, Jew and Gentile…) For Jesus, compassion had a radical sociopolitical meaning. In his teaching and table fellowship, and in the shape of his movement, the purity system was subverted and an alternative social vision affirmed. The politics of purity was replaced by a politics of compassion.” (p. 58)

Politics, by definition, is the discussion of who should be in control of both power and resources. Simply put, politics is answering the question “Who gets what?” Jesus’ message was deeply political. He spoke almost exclusively about power and resources in his own society and religious community. He taught that power and resources should be shared by everyone in the community rather than hoarded and wielded by elites. (cf. Matthew 23.8) Jesus demonstrated a politics of compassion. And he offered political and socio-economic solutions rooted in the power of community and mutuality as opposed to options that depended on violence, a new hegemony, and exclusion of the “other.”

There are deep parallels and comparisons to our time, and much to contemplate.

In 1963, at Western Michigan University, Dr. King spoke these words:

To each of you who are refusing to become adjusted to the events transpiring around you, let me affirm you.

To each of you reading this, thank you for checking in with us this week. However you choose to celebrate the holidays, or whether you choose to even celebrate at all, we wish you much love, peace, and justice as this year begins to wrap up.

Whatever the future holds, remember, our most valuable commitment is to each other. We can face whatever tomorrow brings much more sustainably if we do so alongside one another. We are in this together.

We love each one of you dearly.