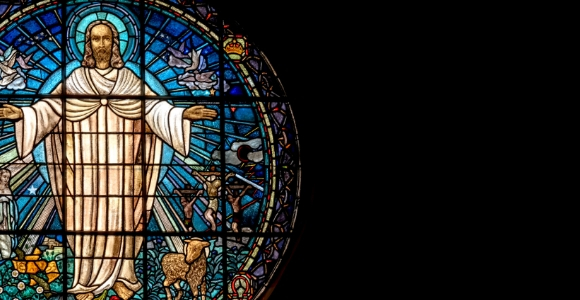 Photo by Paul Zoetemeijer on Unsplash

“One thread in Jewish tradition enlarged this hope and applied it not only to the Jewish people, but also to the rest of humanity with a much more universal end to all oppression, violence, and injustice. It was to this Jewish hope for justice and liberation that the authors of the gospels sought to connect the Jesus story.”

“After John was put in prison, Jesus went into Galilee, proclaiming the good news of God. ‘The time has come,’ he said. ‘The kingdom of God has come near. Repent and believe the good news!’” (Mark 1:14–15, TNIV).

There is a stark difference between a gospel about Jesus and the gospel that Jesus himself taught in the gospel stories. Let’s take a look this week at what these stories record Jesus taught.

Mark’s gospel begins its version of the Jesus story with the gospel Jesus preached (Mark 1:14-15). Let’s break this passage down by looking at four elements found here:

The Time Has Come

The hope of the Hebrew people during the time of Jesus was that one day YHWH would intervene in Jewish history, and all oppression, injustice, and violence toward the Jewish people would be put right. One thread in Jewish tradition enlarged this hope and applied it not only to the Jewish people, but also to the rest of humanity with a much more universal end to all oppression, violence, and injustice.

It was to this Jewish hope for justice and liberation that the authors of the gospels sought to connect the Jesus story when they used phrases such as “the time has come.”

The Kingdom Has Come

According to Pastor Melissa Florer-Bixler, the term kin-dom originated from a Franciscan nun named Georgene Wilson. [1]

I agree with Christian feminist Reta Haltemen Finger who states, “I think kin-dom is a good word and better reflects the kind of society Jesus envisions—as a shared community of equals who serve each other. But in the political context of that day, and in the literary context of the sentence, the term ‘kingdom’ was easily understood—as well as in the 1600s when the King James Bible was translated.” [2]

Our problem is that “kingdom” is patriarchal and too easily co-opted by geopolitical kingdoms, empires, and oligarchies, as European Christian history proves. A kingdom has both a hierarchy and those that will inevitably be pushed to the edges or margins of that society.

But Jesus’ vision was of a human community choosing a life-giving way of structuring itself and choosing to live out the values that shape the world into a safe, compassionate, just home for everyone. Wherever we see these values happening, love is reigning. Whatever we name it, it’s a human community rooted in love, compassion, safety, equity, and justice. Jesus’ gospel was not instruction on how to arrive at bliss after one died, but rather how to establish justice on the earth in the here and now, today! (See Isaiah 42:4.)

Repentance is a religiously charged word with a history of deep emotional abuse. But it has very little to with guilt trips. In the context of what Jesus taught in the gospels, repentance has much more to do with rethinking how one views and practices politics, economics, society, and community. It’s a call to rethink how society is shaped and begin working toward shaping a world that is a distributively just, safe and compassionate home for everyone. In global and local societies of oppression, marginalization, exclusion, and exploitation, Jesus’ gospel invites us to rethink how human communities are shaped today and to imagine a world where everyone has enough to thrive rather than some have more than they could possibly need while most either scrape by or simply don’t have enough to live.

The term “gospel” itself didn’t originate in Judaism but in the Roman empire. Whenever Rome conquered a new territory, it would send out Roman “evangelists” to proclaim that the newly conquered inhabitants were now going to be living under the imperial umbrella of the Roman empire and to explain what in their society would change.

Here are three examples of how Rome used the term “gospel,” “glad tidings,” or “good news.”

“Even after the battle at Mantinea, which Thucydides has described, the one who first announced the victory had no other reward for his gospel [glad tidings] than a piece of meat sent by the magistrates from the public mess.” (Plutarch; Agesilaus, p. 33, 1st Century)

“Accordingly, when [Aristodemus] had come near, he stretched out his hand and cried with a loud voice: ‘Hail, King Antigonus, we have conquered Ptolemy in a sea-fight, and now hold Cyprus, with 12,800 soldiers as prisoners of war.’ To this, Antigonus replied: ‘Hail to thee also, by Heaven! but for torturing us in this way, thou shalt undergo punishment; the reward for thy gospel [glad tidings] thou shalt be some time in getting.’” (Plutarch; Demetrius, p. 17, 1st Century)

“Why, as we are told, the Spartans merely sent meat from the public commons to the man who brought gospel [glad tidings] of the victory in Mantineia which Thucydides describes! And indeed the compilers of histories are, as it were, reporters of great exploits who are gifted with the faculty of felicitous speech, and achieve success in their writing through the beauty and force of their narration; and to them those who first encountered and recorded the events [euangelion] are indebted for a pleasing retelling of them” (Plutarch; Moralia (Glory of Athens), p. 347, 1st Century).

The gospel authors lifted this language straight out of Roman lexicons and applied it to the social changes Jesus’ teachings could make if we chose to embrace them. The society they described would be a human society based on the golden rule above all else. It embraced the interconnectedness of us all and our responsibility to take care of one another.

The authors of the Jesus stories coupled this Roman word “gospel” with the very Jewish hope of a restored “kingdom”:

“I must preach the good news of the KINGDOM OF GOD to the other towns also because that is why I was sent.” (Luke 4:43, emphasis mine)

“Jesus went through all the towns and villages, teaching in their synagogues, preaching the good news of THE KINGDOM and healing every disease and sickness.” (Matthew 9:35, emphasis mine)

“Jesus went throughout Galilee, teaching in their synagogues, preaching the good news of THE KINGDOM.” (Matthew 4:23, emphasis mine)

Many see the New Testament book of Acts as an apologetic book for introducing the work of Paul as an accepted apostle into the Christian stream of communities in the first and second centuries. And in Acts, even Paul must also be presented as teaching a gospel of “the kingdom” too:

“For two whole years, Paul stayed there in his own rented house and welcomed all who came to see him. He proclaimed THE KINGDOM OF GOD and taught about THE LORD JESUS CHRIST—with all boldness and without hindrance!” (Acts 28.30–31, emphasis mine)

A gospel about Jesus has historically been about how Jesus offers us a way out of this world to a better one. Jesus instead taught us how to make the world we are living in a home that is better for everyone. A gospel about Jesus too often is about alleviating personal guilt. Jesus’ gospel instead was about rethinking how we are structuring the human communities and societies we belong to. A gospel about Jesus tends to be about post-mortem heaven in contrast to a post-mortem hell. Jesus’ gospel instead announced the arrival of a different way to shape our human communities, in this world, our world, here and now, today.

To many people today, the idea of a human society where wealth is justly and equitably distributed, where people are not marginalized, excluded or treated less-than on the bases of race, color, gender, national origin, age, religion, creed, disability, veteran’s status, sexual orientation, gender identity, and/or gender expression is a pie-in-the-sky dream. Our present structure seems just as eternal and unchangeable as feudalism did in the 1600s.

Maybe this is why, in a world where it seems like nothing will ever change, the gospel stories tell of a Jesus who says:

A new way of being human is ours for the choosing.

Rethink how society is shaped.

And I believe, despite appearances, the good news is that another world is possible, here, now in our lifetime, if we choose it.

Discuss with your group the differences you see between the gospel being taught by some sectors of Christianity today and the gospel Jesus teaches in the gospel stories.
Discuss with your group what significant differences this makes for you in the choice you make in your daily life.
Discuss how your group can also have a more present engagement in life and society right now. How can your HeartGroup work in your local community to make our world a safe, compassionate, just home for everyone?

Don’t forget, to take advantage of RHM’s Shared Table fundraiser going on during the months of November and December. Remember, all donations to support our work during these final two months of 2019 are being matched dollar-for-dollar enabling you to make your support go twice as far!

[2] 2018, December 26). “From Kingdom to Kin-Dom-and Beyond.” Christian Feminism Today. Retrieved from https://eewc.com/kingdom-kindom-beyond/