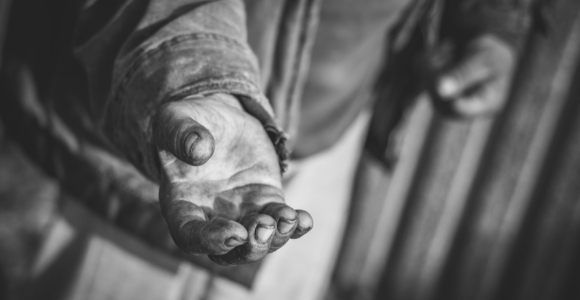 “It’s not enough to remove the basis for people being treated as less-than. We must also challenge the very systems the create less-thans and greater-thans. Jesus didn’t just give Bartimaeus his sight. He continued on the road to challenge a system that made a blind man a beggar to begin with.”

Our reading this week is from the gospel of Mark,

Then they came to Jericho. As Jesus and his disciples, together with a large crowd, were leaving the city, a blind man, Bartimaeus (which means “son of Timaeus”), was sitting by the roadside begging. When he heard that it was Jesus of Nazareth, he began to shout, “Jesus, Son of David, have mercy on me!” Many rebuked him and told him to be quiet, but he shouted all the more, “Son of David, have mercy on me!” Jesus stopped and said, “Call him.” So they called to the blind man, “Cheer up! On your feet! He’s calling you.” Throwing his cloak aside, he jumped to his feet and came to Jesus. “What do you want me to do for you?” Jesus asked him. The blind man said, “Rabbi, I want to see.” “Go,” said Jesus, “your faith has healed you.” Immediately he received his sight and followed Jesus along the road. (Mark 10:46-52)

At the very beginning of our reflection this week, I want to say: I understand the original cultural context of this story, and I still find it deeply ableist. Gospel stories like this one have repeatedly been the seed of society perceiving people with disabilities or different abilities as either less-than or associated with evil. In stories like the one we read this week, blindness is associated with being sinful and at least is a condition that one must be saved from.

Consider the lyrics to one of Christianity’s most famous hymns, Amazing Grace:

“Amazing Grace, how sweet the sound

I once was lost, but now am found

Was blind but now I see.”

The writer, John Newton, associates being blind with being wretched and lost. For him, being able to see is synonymous with being saved and found.

So to all my blind friends, I’m deeply sorry. To my friends who do not have disabilities but are tempted to imagine I am making too much of this connection, consider how you would feel if you had a disability that your society repeatedly attached a moral value to . How would it feel having your disability associated with being sinful, lost, and wretched?

The story’s immediate solution doesn’t resonate with me much either. This man, Bartimaeus, is trying to survive within a system that marginalizes him because of his blindness. He is nether privileged nor benefitted by the system, and he is left to scrape out his own survival.

Jesus is about to go to Jerusalem and overturn the tables of the Temple State to protest a system that leaves so many impoverished and marginalized, but on his way there, his solution is to make Bartimaeus “not blind.”

This is comparable to not changing a patriarchal system but instead making all women men, or not changing a White supremacist system but reclassifying people of color, including Black people , indigenous communities, and immigrants as White. It’s comparable to not challenging a cisheterosexist system, but transforming LGBTQ folx into straight, cisgender, and/or gender conforming. This kind of conversion therapy would really be a kind of genocide.

My critique may create more questions than it answers. Nonetheless, I believe these are the questions Jesus followers today need to wrestle with. Can we follow the values we have found to be life-giving in the Jesus story while acknowledging many of the ableist ways the Jesus story is told in our sacred text?

I believe we can. We can do better.

Some of the most progressive, historical Jesus scholars see in this story a reflection of actual deeds the historical Jesus did. Jericho, where this story happens, was the last stop before the Temple State’s capital, Jerusalem, and there’s an economic thread to this story as well. As I said earlier, Jesus is on his way to Jerusalem to flip the tables of an economic, social, political and religious system that privileges a few at the expense of many.

Jesus meets Bartimaeus at what would have been a popular location for Jericho’s beggars to gather. With the holiday coming up, many people would making a pilgrimage to Jerusalem to celebrate. The holiday would have put them in the spirit of giving, and their tithes and offerings would have given them the means to give to so many of the begging people.

Bartimaeus’ name in this narrative also holds meaning. It could mean either “son of him who is honored or highly prized” or “son of the unclean or uncleanness.” In this story, he is both.

This story offers a repeated theme within the gospels: the crowd obstructs Bartimaeus’ attempts to get at Jesus and Bartimaeus’ increased efforts in response. I think of women pastors who belong to religious traditions that oppose women’s ordination, and how much harder they must work to follow their calling. I think of how hard people of color have to work to survive within historically White churches. And I think of the deep homophobia, biphobia, and transphobia present in most of Christianity still today, and how my LGBTQ friends who love and follow Jesus must work to stay in their faith traditions, even on the edges. Then and now, the crowd closest to Jesus is often the biggest obstacle to those on the margins of society who desire an audience with him.

I also love how our story has the poor beggar Bartimaeus “throwing his cloak aside” when he is finally able to get up and go to Jesus. This cloak, which would have been his only one, was also his most prized trade tool. He would have spread out his cloak to collect coins from those passing by: it was his own meager means to get his small livelihood, and he just tosses it aside. Consider the rich man in the last chapter who was called to make reparations and couldn’t let go of anything.

Jesus asks Bartimaeus the same question he had asked of James and John:

But Bartimaeus is not asking to be made greater than others. He’s asking to be placed on the same level ground with others in an ableist society that economically, socially, religiously, and politically evaluates him as “last.” He just wants to see. So many disenfranchised and underprivileged people just want to be able to live and thrive on the same level ground as those who are privileged in our present system. For my LGBTQ friends, LGBTQ Pride month doesn’t mean they desire to be better than others: pride for them is the opposite of shame, not the opposite of humility. It is to celebrate being of equal worth to everyone else in a world that continually strives to make you feel inferior.

Bartimaeus just wants to see, and experience all that his sight would enable him to have in his society.

What road was it that Bartimaeus joined Jesus on?

The road to Jerusalem.

That road ended in a temple courtyard with the tables of money changers being overturned. It ended in actions that so threatened the system that they landed Jesus on a Roman cross with other political rebels within the week.

What’s my takeaway from this story?

It’s not enough to remove the basis for people being treated as less-than. We must also challenge the very systems the create less-thans and greater-thans. Jesus didn’t just give Bartimaeus his sight. He continued on the road to challenge a system that made a blind man a beggar to begin with.

And we must do the same.

2. Damage mitigation, while necessary, doesn’t challenge nor change systems of harm.  What are the differences between charity and justice? Why are both necessary? Why does the church seem to excel at charity, but often fail at justice? What are both the risks and rewards of working for a more just world? 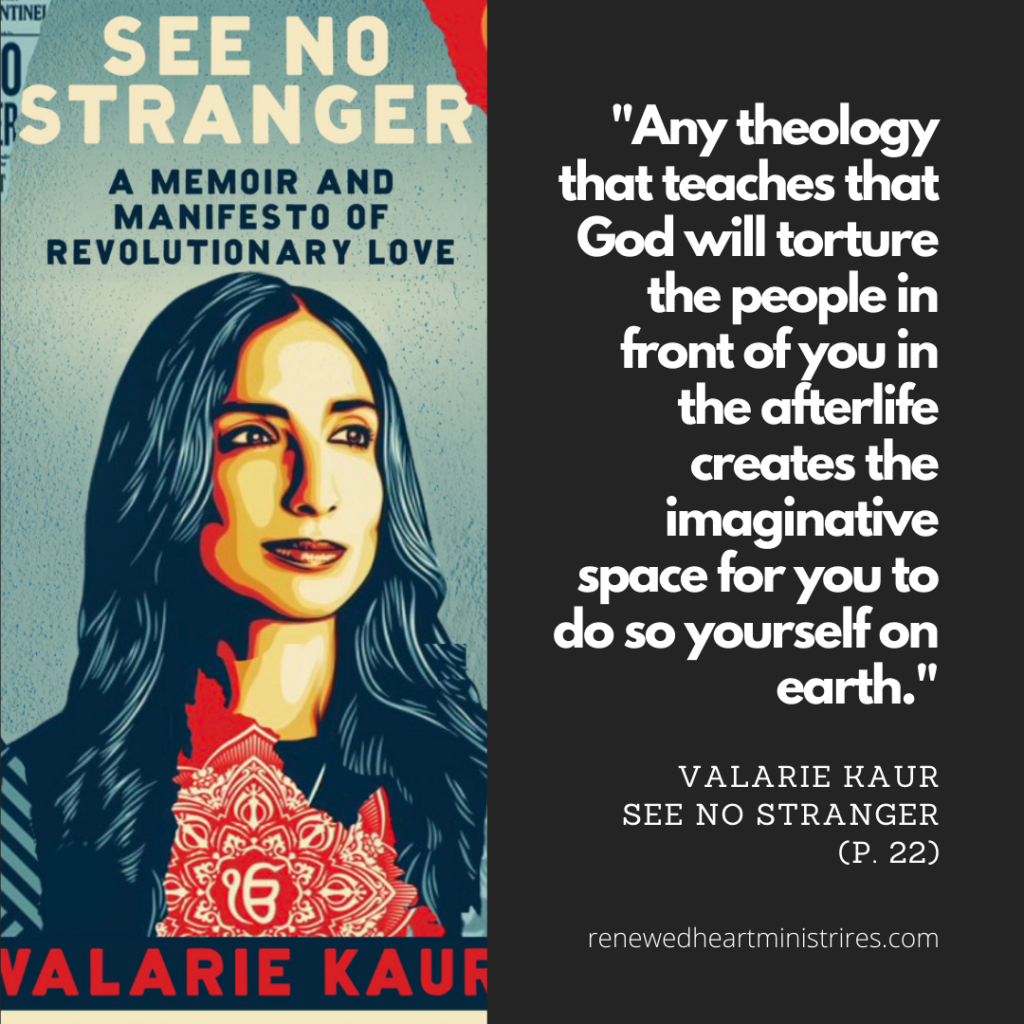