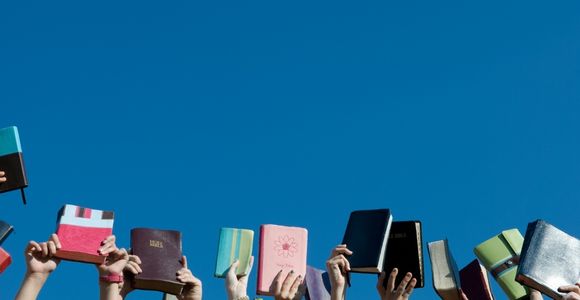 “It’s not enough to have our faith community’s stamp of approval on our political engagement. We also have to look at the fruit of our political actions. Are we building systems that give life to those who marginalized and vulnerable or are we engaging in political activity that has our religious community’s approval but is actually deeply destructive?”

“To some who were confident of their own righteousness and looked down on everyone else, Jesus told this parable: “Two men went up to the temple to pray, one a Pharisee and the other a tax collector. The Pharisee stood by himself and prayed: ‘God, I thank you that I am not like other people—robbers, evildoers, adulterers—or even like this tax collector. I fast twice a week and give a tenth of all I get.’

“But the tax collector stood at a distance. He would not even look up to heaven, but beat his breast and said, ‘God, have mercy on me, a sinner.’

This week’s reading is most often explained through a religious lens that weakens the contrast in the text. The passage contrasts humility and exaltation, and strictly religious interpretive lenses miss the political context in it. When we restore this cultural context, new dimensions and hues emerge.

At RHM, we’ve spent a lot of time over the years exploring the politics of the Pharisees politically. This religious and political party sought power and influence within Jesus’ society.  Their most significant competition was the party of the Sadducees. They were financially affluent, the elite in Jesus’ society, and used a much more conservative interpretive lens for the Torah that kept the masses marginalized because they couldn’t afford more strict or stringent interpretations of Torah faithfulness. If the Sadducees’ interpretation of Torah faithfulness was used, faithfulness fell out of reach for many poor people in Jesus’ society simply because they could not afford the affluence needed to live the Sadducee way. (See Worshiping in Vain.)

On the other hand, the Pharisees used more liberal interpretation, defining Torah observance in a less conservative way so that many more people could live out their desire to be faithful to the Torah. This liberalism is what gave the Pharisees their political power in Jesus’ society: they were popular with the people. They were, to use our language today, a kind of working person’s or “blue collar” religious/political party.

All of this brings us to our passage. This week’s passage is about a lot more than just humility.  It’s also about complicity with political harm. To wield any type of collective political power in Jesus’ society, whether Sadducees, the chief priests, teachers of the law, scribes, or even the Pharisees in Luke’s story, a group had to function in some way that made them complicit with Roman imperialism and its economic abuse of those in Jesus society (see Luke 20:19-26).

Consider what we said a couple weeks ago regarding the healing stories in the gospel:

“Jesus’ ministry was not to start a new religion, but to socially and economically renew his own Jewish society. His ministry involved restoring people to communal life in villages in a context where Roman imperialism was destroying communities . . . In these stories, Jesus’ healings represent the restoration of the rule or kingdom of the God of the Torah and the victory of God’s rule over Roman rule.” (See Trading Individualism for Community)

The tax collector in our reading this week was rejecting his complicity with Roman imperialism, occupation, and colonialism, and the harm it was doing to Jewish society. The Pharisee, on the other hand, based their moral superiority on their religious observances around Yom Kippur, the only fast prescribed in the Torah. We know that the Pharisees also fasted twice a week on Mondays and Thursdays (see Vincent Taylor, The Gospel According to St. Mark, p. 209). There were other fasts commemorating significant events in Jewish history too. The Pharisee, though religiously observant in their own eyes was still politically complicit in the concrete harms being committed against the vulnerable in society.

This is a reoccurring theme in Luke:

“Woe to you Pharisees, because you give God a tenth of your mint, rue and all other kinds of garden herbs, but you neglect justice and the love of God.” (Luke 11:42)

The tax collector in our story is more than humble, and he expresses his humility by rejecting his participation in the oppression of vulnerable people in his society. This man goes home justified.

Reading the passage this way causes the language of humility and exaltation to take on a more Lucan flavor.

From the very first time Luke contrasts humility and exaltation, the context is political and systemic, not personal, moral, or individualistic. Consider Luke 1:

“He has performed mighty deeds with his arm; he has scattered those who are proud in their inmost thoughts. He has brought down rulers from their thrones but has lifted up the humble. He has filled the hungry with good things, but has sent the rich away empty.” (Luke 1:51-53)

As we shared in The Bodies We Inhabit, the rhetoric in Luke 14 of contrasting the humble with those who exalt themselves had a long political/economic history in the Jewish scriptures. In this tradition, the contrast is much more than privatized morality It’s consistently used to critique harmful systems.

“Do not exalt yourself in the king’s presence, and do not claim a place among his great men; it is better for him to say to you, ‘Come up here,’ than for him to humiliate you before his nobles.” (Proverbs 25:6-7)

“If they make you master of the feast, do not exalt yourself; be among them as one of their number. Take care of them first and then sit down; when you have fulfilled all your duties, take your place, so that you may be merry along with them and receive a wreath for your excellent leadership.” (Sirach 32:1-2)

“When pride comes, then comes disgrace; but wisdom is with the humble.” (Proverbs 11:2)

So what does this all mean for us today?

I cannot help but think of the Religious Right and Evangelical groups directly responsible for many harm people are experiencing in our American society now. There is a longer history here to their relationship with the GOP than this week’s commentary allows us to explore. For now, though, we can say that the Republican Party has for decades courted certain religious communities in the U.S. in its bid to stay in power. To get the vote of these religious members and groups, the GOP has catered to the political/religious demands of their leaders. Yet, the Religious Right and these Evangelical groups have also demonstrated that they couldn’t care less about politicians’ moral character as long as these politicians will be tools or conduits to achieve their political goals. We’re now witnessing legislation across the country that represents bigotry toward vulnerable communities in the guise of religiosity. Christian Nationalism has taken root in this power-seeking soil, and is growing into the ugly manifestations we witness today.

Those of old who viewed themselves as religiously or morally superior to others while actively supporting systems of harm—how are we seeing this dynamic repeated in our communities today?

It’s honestly difficult to channel my anger in life-giving ways when I see religiously observant people whose pastors and other influencers have convinced them that certain political actions are their Christian duty, and who are nevertheless engaging in political activities that only produce system of concrete harm for so many. Like the man in our story this week, they feel thankful that they aren’t “sinners” like others while simultaneously being responsible for so much societal harm being done to those our society has made vulnerable.

It’s not enough to have our faith community’s stamp of approval on our political engagement. We also have to look at the fruit of our political actions. Are we building systems that give life to those who marginalized and vulnerable or are we engaging in political activity that has our religious community’s approval but is actually deeply destructive?

There is a lot to consider here. What is the fruit of your political actions? It’s not about which political party or parties you support. Considering the fruit of our actions also means mitigating harm as we engage the work of shaping our world into a safe, compassionate, just home for everyone. Thinking of the fruit means following the Jesus of our sacred stories. Thinking only of the political ends we’ll achieve at any cost is just being a political tool for empowering a few while harming many more.

2. What are some examples of societally harmful policies being presently favored by certain Christians that you are concerned about, today? Discuss some of these with your group. 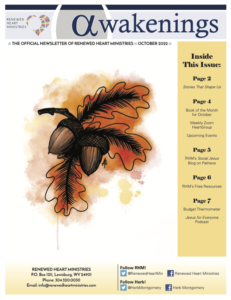