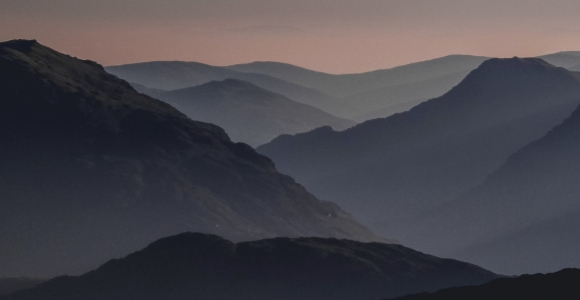 Photo by Jonny McKenna on Unsplash

“Jesus’ form of nonviolence was an act of self-affirmation in a society where one’s self was already being sacrificed. When we interpret nonviolence as self-sacrifice, irreparable harm, even lethal harm, is done to those who survive and those who are victims of violation.”

Thank you for journeying with us through this series on self-affirming, nonviolent resistance. This is our tenth and final installment. Leaving the objections we’ve addressed, I want to wrap up our time together by summarizing what we’ve learned. I believe that understanding the Jesus of the gospels as teaching self-affirming, nonviolent resistance is a life-giving interpretation.

Let’s begin by summarizing nonviolence itself.

In Jesus’ vision for social change (what the gospel authors refer to as “the kingdom”), Jesus had certain options. He had seen the results of both violent and nonviolent resistance to Roman oppression. As he weighed the success and failure rates of both approaches, Jesus rejected violence. As the late Walter Wink reminds us:

“The issue, however, is not just which [violence or nonviolence] works better, but also which fails better. While a nonviolent strategy also does not always “work” in terms of preset goals-though though in another sense it always “works”—at least the casualties and destruction are far less severe.” (Walter Wink. Jesus and Nonviolence: A Third Way, Facets, Kindle Locations 316-318).

Also, the social goals that Jesus was endeavoring to plant the seeds for in his own community cannot be achieved through violence: “Violence can beget fear, stalemate, annihilation, dominance, or more violence, but it cannot beget love, justice, abundant life, community, or peace.” (Rita Nakashima Brock & Rebecca Parker; Saving Paradise: How Christianity Traded Love of This World for Crucifixion and Empire, p. 13)

Others have also recognized the impossibility of using means that contradict the ends we are trying to achieve. As Audre Lorde wrote:

“For the master’s tools will never dismantle the master’s house. They may allow us temporarily to beat him at his own game, but they will never enable us to bring about genuine change.” (Audre Lorde, Sister Outsider: Essays and Speeches, p. 112)

The 1st Century Judea and Galilee had both seen violent and nonviolent acts of resistance. Jesus’ gospel was not only a gospel of liberation but also one of surviving and being able to achieve a quality of life once that liberation was accomplished. What good is liberation if your entire people and culture and way of life are wiped out in the process?

Jesus’ supreme value was not simply the rejection of violence but, more, the goal of arriving at a just society. Correcting the societal roots of systemic injustice was his passion. This is important. If rejecting violence is your highest moral goal, and justice is secondary, this has too often led to a passive response to injustice rather than acts of resistance and nonviolent noncooperation.

“Violence is not an absolute evil to be avoided at all costs. It is not even the main problem, but only the presenting symptom of an unjust society. And peace is not the highest good; it is rather the outcome of a just social order.” (Walter Wink. Jesus and Nonviolence: A Third Way, Facets; Kindle Locations 493-495).

Lastly, nonviolence is rooted in the value of maintaining a love for one’s enemy. Love for one’s enemy should not be interpreted as accepting enemies’ behavior, actions, or choices. Love of enemy is the choice to hold on to your enemy’s humanity. As human beings, we are all still part of one another. We still belong to each other. Nonviolence enables us to find a balance where we stop or obstruct our enemy’s actions but remain characteristically unlike our enemies in our methods. Love of one’s enemy also holds space for and adds pressure towards our enemies making better decisions than they are presently making:

“With one hand we say to one who is angry, or to an oppressor, or to an unjust system, ‘Stop what you are doing. I refuse to honor the role you are choosing to play. I refuse to obey you. I refuse to cooperate with your demands. I refuse to build the walls and the bombs. I refuse to pay for the guns. With this hand, I will even interfere with the wrong you are doing. I want to disrupt the easy pattern of your life.’ But then the advocate of nonviolence raises the other hand. It is raised outstretched – maybe with love and sympathy, maybe not – but always outstretched . . . With this hand, we say, ‘I won’t let go of you or cast you out of the human race. I have faith that you can make a better choice than you are making now, and I’ll be here when you are ready. Like it or not, we are part of one another.’” (Barbara Deming, Revolution & Equilibrium, page 224)

As we covered in Part 4, Jesus’ teachings on nonviolence were rooted in an attempt to provide nonviolent forms of protest, noncooperation, and resistance to injustice, both personal and systemic. Culturally, turning the cheek was a refusal to accept one’s marginalized or lower social class position and treatment. Handing over your remaining article of clothing was using public nudity as a form of protest, and going the second mile was a refusal to play by the rules of one’s oppressors. Today, ignoring tone-policing or respectability politics is a similar refusal to play by the rules of an unjust status quo.

Remember, those in positions of power and privilege use both metaphorical and literal crosses to keep those who are being violated silent. Jesus taught us not to remain silent, but to speak our truth even if threatened with a cross. Far from being passive or submissive, Jesus’ call to take up the cross was the call to join him in self-affirming resistance to injustice regardless of dire threats. Again, to quote Brown and Parker:

“It is not the acceptance of suffering that gives life; it is commitment to life that gives life. The question, moreover, is not Am I willing to suffer? but Do I desire fully to live? This distinction is subtle and, to some, specious, but in the end it makes a great difference in how people interpret and respond to suffering.” (Brown & Parker, Patriarchy, Christianity and Abuse, p. 18)

Jesus’ cheek defiance, naked protest, and refusal to play by the rules of oppressors were not self-sacrificial, but a means of reclaiming and affirming one’s humanity when those in power ignored or denied it.

Jesus’ teachings on nonviolence should not be interpreted as self-sacrifice but as self-affirmation in the face of violence.

Over the last ten installments, I’ve shared my belief that Jesus’ form of nonviolence is much more life-giving when we interpret it as self-affirming, nonviolent resistance. Thank you to each of you who read, listened, wrote in, or commented online about how this series was making a difference for you. I’m so glad you have been here.

We must allow more destructive interpretations of Jesus to give way to more life-giving interpretations. This I believe is in harmony with the spirit of his life and teachings. The movement born out of his life once gave hope to the most marginalized and discarded of his society. May all those who take his name today reject violence, including the violent forms of religiosity that have been created in his name. May we work toward healing and reparations for all those whom certain strands of Christianity have harmed.

Jesus taught the rejection of violence.

Jesus taught self-affirmation for the marginalized.

Jesus taught resistance for those whose humanity was being violated.

May those who follow this Jewish Galilean prophet of the poor today do the same.

Share with your group how this series has affirmed, challenged, or deepened how you presently follow Jesus.
Are there any new practices that this series has brought to your attention that you are implementing in how you live out the ethics of love, justice, and compassion? Share with your group.
How has your HeartGroup itself grown in its collective understanding of nonviolence? Has it changed even some of the ways you communicate with each other?

Wherever you are, keep choosing love, compassion, action, and reparative and distributive justice.

Don’t forget, we need your support here at RHM to continue making a difference. To do so, go to renewedheartministries.com and click “Donate.”