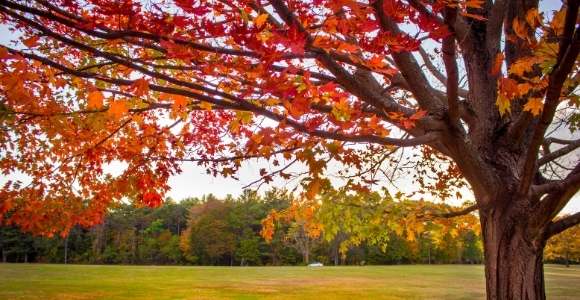 “In Matthew and the other gospels, Jesus stands in the prophetic lineage of Isaiah, calling for the radical inclusion of those once excluded by their sacred text. Radical inclusion is a trend in Jesus’ ministry.”

In Matthew’s gospel Jesus says to his disciples:

This is a statement where Jesus stands with the more inclusive, progressive Jewish community interpreting their sacred texts. Others, like Rabbi Hillel, had interpreted the Torah in more progressive ways. In this passage we see Jesus doing something very similar.

Let’s go back to the Torah to see how Jewishly progressive Jesus was being. In Deuteronomy we read:

No one whose testicles are crushed or whose penis is cut off shall be admitted to the assembly of the LORD. (Deuteronomy 23:1)

The “assembly of the Lord” was when Israel assembled for religious ceremonies. Eunuchs, men who had been castrated or were otherwise unable to reproduce, were considered non-normative within this society. Within this patriarchal culture, carrying on a man’s name through male offspring was the only way to ensure that his name and nation would endure forever. Passing that name down through generations was the ancient Hebrews’ idea of eternal life.

When it came to reproduction, many cultures during this period considered a woman little more than an incubation chamber for the baby being passed down from the male. This kind of patriarchal thinking still persists in Christian purity culture today.

During this period, people didn’t have the faintest scientific idea about the zygote being the combination of the female ovum and the male sperm. It was believed that the male seed contained everything needed for a human to be produced. All that was required was the fertile soil (the woman) for the seed to plant in and to grow. It’s no wonder that many women were sometimes treated no better than dirt!

Being a eunuch within a patriarchal society, whether by birth or not, made a man “non-normative.” “Normative” simply means that which the social majority has constructed as normal, or standard. It’s literally a social construct. The opposite of “normative,” academically speaking, is the word queer. Historically, “queer” has often been used in an offensive and negative sense as a slur toward someone who is non-normative, especially in matters of sexuality or gender. But in academia, the term “queer” carries no negative connotation. It simply refers to something that is non-normative or not of the majority. And today many people have reclaimed the term “queer” for themselves as a source of value and pride.

Similarly, in a world designed for right-handed people, left-handedness is non-normative. Left-handed people like my elder daughter might be labeled queer, then. Eunuchs in Hebrew society during the time of Moses were considered non-normative and therefore were not admitted to the assembly of the Lord. Maybe my left-handed daughter would have been excluded from the assembly as well!

Notice what Leviticus has to say about societal normativity:

The LORD spoke to Moses, saying: Speak to Aaron and say: No one of your offspring throughout their generations who has a blemish may approach to offer the food of his God. For no one who has a blemish shall draw near, one who is blind or lame, or one who has a mutilated face or a limb too long, or one who has a broken foot or a broken hand, or a hunchback, or a dwarf, or a man with a blemish in his eyes or an itching disease or scabs or crushed testicles […] that he may not profane my sanctuaries; for I am the LORD; I sanctify them. Thus Moses spoke to Aaron and to his sons and to all the people of Israel. (Leviticus 21:16-24)

All of this changes by the time we get to the book of Isaiah where we read the opposite:

Do not let the foreigner joined to the LORD say, “The LORD will surely separate me from his people”; and do not let the eunuch say, “I am just a dry tree.” For thus says the LORD: To the eunuchs who keep my sabbaths, who choose the things that please me and hold fast my covenant, I will give, in my house and within my walls, a monument, and a name better than sons and daughters; I will give them an everlasting name that shall not be cut off. And the foreigners who join themselves to the LORD, to minister to him, to love the name of the LORD, and to be his servants, all who keep the sabbath, and do not profane it, and hold fast my covenant—these I will bring to my holy mountain, and make them joyful in my house of prayer; their burnt offerings and their sacrifices will be accepted on my altar; for my house shall be called a house of prayer for all peoples. Thus says the Lord GOD, who gathers the outcasts of Israel, I will gather others to them besides those already gathered. (Isaiah 56:3-8)

Here is the question I want you to consider. How can God give the eunuchs “an everlasting name” when, within a Hebrew context, that can only be accomplished by producing a long line of male children?

Let’s go back to our passage in Matthew:

Who is Jesus referring to when he says, “There are eunuchs who have made themselves eunuchs for the sake of the Kingdom of heaven”? He wasn’t referring to self-mutilation here. Instead, Jesus is referring to young Hebrew males who chose to abandon the patriarchal expectations of their society—taking a wife, having children, and propagating the nation of Israel through male offspring—to embrace a life of celibacy instead.

Who is Jesus referring to? He might have been referring to himself, including himself in the eunuchs’ community and saying, in effect, “I’m choosing to stand in solidarity with you, voluntarily becoming one of you!” Through him, the eunuchs would now have an everlasting name, a name that would never be cut off. Deuteronomy and Leviticus had excluded them, Isaiah had included them, and now Jesus’ was living in solidarity with them.

Celibacy is still considered “non-normative” in many of today’s heterocentric cultures. The cultural pressure for a single person to marry and have children is often immense. But according to Jesus, whether a person is a eunuch by birth, is made so by others, or has simply chosen to live a life of celibacy for the Kingdom’s sake, they have been made not merely acceptable, but holy, special, unique. They have been given a place at Jesus’ table.

For those who are not celibate, Jesus includes you too. No one is left out. Jesus says that choosing a life of celibacy, while non-normative, no longer holds negative connotations; after all, he was celibate, too. For those who chose celibacy for “the kingdom,” this choice was to be voluntary. Whether someone is heterosexual, gay, lesbian or bisexual, a choice to be celibate should be one’s own choice, voluntarily. Paul goes so far as to say that celibacy is a spiritual gift (see 1 Corinthians 7:9).

What I want you to ponder this week is what it must have meant for the non-normative eunuchs of Jesus’ day to be embraced by him and be called his new community. Just imagine it: even though there were passages in their sacred text that both excluded and later included them in the “assembly of God,” they were not merely accepted by Jesus but he had actually chosen to live as one of them. This non-normative Jesus chose to live as a eunuch, as an adult Hebrew male and rabbi who refused to marry and have children. Jesus chose to stand in solidarity with a group considered non-normative in his day.

It is no accident that the first individual baptism story in the Book of Acts is that of an Ethiopian eunuch, a person who early Hebrew law would have excluded from religious assemblies. The author of the book of Acts is intentionally communicating when they begin Acts’ many baptism narratives with this special baptism.

He commanded the chariot to stop, and both of them, Philip and the eunuch, went down into the water, and Philip baptized him. (Acts 8:38)

Societies today, ours included, can still be divided into the normative/majority and the non-normative/minority. There may always be a majority and a minority, but we don’t have to “other” fellow members of our human family because of our differences. When those considered socially constructed as “normative” fail to recognize those considered “non-normative” as their siblings, just as much belonging to the richly diverse human family, and every bit as deserving of a place at Jesus’ table, something monstrously un-Jesus-like is being perpetuated, something very different from Jesus’ example. When the majority weds itself to exclusivity, it excludes the non-normative and produces an oppressed minority. Preserving normativity then becomes a moral concern for purity and, in the name of “standing up for what is right,” the non-normative minority will always be objectified, dehumanized, and degraded. This is exactly the opposite of what we see the non-normative Jesus doing with the eunuchs of his day.

Brock and Parker remind us how this ties into our justice work today:

The work of justice requires paying attention to how difference is used to justify oppression. It employs astute awareness of how oppressive systems grant privilege and seek to protect it at all costs. It engages those who have privilege in challenging systems from which they benefit, not just helping those “less fortunate.” (Saving Paradise: How Christianity Traded Love of This World for Crucifixion and Empire, p.396)

What does it mean for Jesus’ followers to embrace those othered in religious and secular society and therefore oppressed, today?

2. The gospels stand in a prophetic lineage of radical inclusion of those once excluded by their sacred text. In what other ways do you see the theme of inclusion in the Jesus of the gospel stories? Discuss with your group.