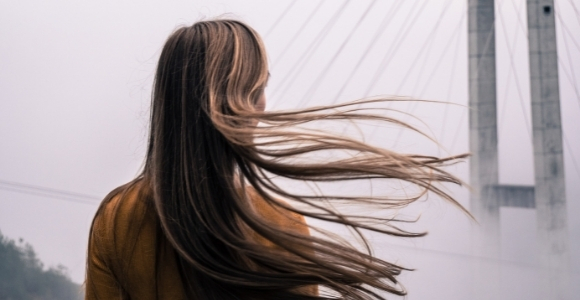 “I see this passage through a justice-for-women lens where Jesus is more concerned about the wellbeing of women who could be divorced and sent away from their homes with no economic protection within a patriarchal system that was tied to ones economic survival. Jesus’ primary concern was for women’s wellbeing, not the protection of a heterosexual, monogamist marital institution as many in certain sectors of evangelical Christianity define it today.”

Our reading this week is from the gospels of Mark,

Some Pharisees came and tested him by asking, “Is it lawful for a man to divorce his wife?” “What did Moses command you?” he replied. They said, “Moses permitted a man to write a certificate of divorce and send her away.” “It was because your hearts were hard that Moses wrote you this law,” Jesus replied. “But at the beginning of creation God ‘made them male and female.’ ‘For this reason a man will leave his father and mother and be united to his wife, and the two will become one flesh.’ So they are no longer two, but one flesh. Therefore what God has joined together, let no one separate.” When they were in the house again, the disciples asked Jesus about this. He answered, “Anyone who divorces his wife and marries another woman commits adultery against her. And if she divorces her husband and marries another man, she commits adultery.” People were bringing little children to Jesus for him to place his hands on them, but the disciples rebuked them. When Jesus saw this, he was indignant. He said to them, “Let the little children come to me, and do not hinder them, for the kingdom of God belongs to such as these. Truly I tell you, anyone who will not receive the kingdom of God like a little child will never enter it.” And he took the children in his arms, placed his hands on them and blessed them. (Mark 10:2-16)

Multiple sources in the early Jesus movement attest that Jesus spoke against divorce. These sources both agree and disagree about what Jesus actually said and about what he might have meant by what he said. This week we’ll consider possible reasons Jesus spoke against divorce within his 1st Century Judean culture. Christians today do a great deal of harm by shallowly thinking Jesus was against all divorce, especially divorce as practiced in our society, rather than being opposed to a specific kind of divorce practiced in his society.

In Mark’s narrative, Jesus appears to be anti-divorce. I’d like to consider why. The divorce laws referenced are said to have been created because of patriarchal obstinance. Originally, a man could send away any of his wives for the slightest displeasure. But by the time we get to Mark’s gospel, Jesus opposes this kind of divorce, which left women in a male-centered society with little economic protections. Jesus’ opposition was rooted in mitigating harm for women facing little to no recognition, much less protection of their equal rights. So he argues that while men may have created a legal loophole to avoid committing “adultery,” they were not avoiding adultery but simply transforming it.

Verse 12 of this passage states, “And if she divorces her husband and marries another man, she commits adultery.” On the surface, this sentence seems to distract from Jesus’ opposition and critique of patriarchy, but I believe this sentence is present in Mark because this gospel was written for both Jewish and Roman Gentile Jesus communities. While under Israelite law only men had the right to divorce their wives, Roman marital law permitted divorce to be initiated by men and women..

I see this passage through a justice-for-women lens where Jesus is more concerned about the wellbeing of women who could be divorced and sent away from their homes with no economic protection within a patriarchal system that was tied to ones economic survival. Jesus’ primary concern was for women’s wellbeing, not the protection of a heterosexual, monogamist marital institution as many in certain sectors of evangelical Christianity define it today.

I also want to note that the story describes “some Pharisees.” There were two schools of Pharisaical interpretation in Jesus’ time: the school of Hillel and the school of Shammai. These schools forcefully debated divorce.

As we interpret this passage, let’s acknowledge that interpretations of this passage are often deeply heterosexist. I reject binary interpretations of the Hebrew creation story, and both the Genesis story and Jesus’ words here are not “male or female,” but “male and female.” God created a spectrum: male on one end, female on the other, and a whole graduated spectrum in between these poles of identity. The phrase “Alpha and Omega” doesn’t imply that there are only two Greek letters; rather there a whole alphabet between the first letter, Alpha, and Omega, the last. Each of us lives somewhere on the gender spectrum, identifying gender identity, sexual attraction, gender expression, etc., along that gradation. In the Hebrew creation story we read of the creation of day and night: not a hard binary but two ends of spectrum that can produce beautiful sunrises, sunsets, dawns, evenings, and twilights. These states are neither day nor night alone but somewhere on a spectrum between.

I also see Jesus’ phrase, “at the beginning of creation God ‘made them male and female’” as stating that from the beginning God did not create patriarchy, but men did. In the Hebrew creation story, God creates male and female side by side, both in the image of God. The woman is not given to the man to continue his lineage as patriarchal social structures do, but both male and female (and the spectrum) bear the image in God equally. They are male and female: one body, one flesh, spread out by creation and combined again in equity to create another oneness, a commonality, a new social relationship, a new kinship.

Any time people join together to create a new kinship, we see this reunifying creativity at work. Being “flesh of one’s flesh” in the Hebrew scriptures is not about the sexual unity of one man and one woman. It’s about creating a new kinship bond between humans, making family from previously un-joined people. As Laban said to his nephew Jacob, “You are bone of my bone and flesh of my flesh” (see Genesis 29:14, cf. 2 Samuel 5:1; Judges 9:2; 2 Samuel 19:12, 1 Chronicles 11:1).

I interpret Jesus as not being against divorce wholesale in this passage. Rather he’s against the patriarchal practice of his day that undermined the coupling and equality communicated in the Hebrew origin story and left a woman in his society with few means to survive. He is standing in the spirit of Malachi 2:16, also written again in a patriarchal context: “‘The man who hates and divorces his wife,’ says the LORD, the God of Israel, ‘does violence to the one he should protect,’ says the LORD Almighty. So be on your guard, and do not be unfaithful.”

Some translations of Malachi 2:16 do state “God hates divorce” but even if that is an accurate translation, I grew up witnessing multiple abusive parental relationships and I believe there are some marriages God hates more than divorce.

Our reading this week ends with Jesus’ blessing of the children.

I like the way Rev. Wilda C. Gafney, Ph.D., translates this portion of our reading in her A Woman’s Lectionary for The Whole Church: Year W.

“Now people were bringing little children to Jesus in order that he might touch them, and the disciples rebuked them. But when Jesus saw this, he was angry and sad to them, “Let the little children come to me, do not prevent them; for it is to such as these that the realm of God belongs. Truly I tell you all, whoever does not receive the reign of God as a little child will never enter it.” And Jesus took them up in his arms, laid his hands on them, and blessed them.” (p. 296)

I read this story on the blessing of the children as primarily about social location. It grounds the early Jesus moment in the work of blessing and liberating those on the most peripheral edges of any society. In The Shape of the Past: Models and Antiquity, Thomas Carney describes childhood at the time of Jesus, “Early training was harshly disciplined. It was not until early adulthood that the young person began receiving serious consideration as a member of the family group.” (p. 92)

In this story, Jesus states that those with privilege and power must be willing to live in in solidarity as those forced to the bottom and edges by their present society to enter the reign of God. This is one reason why it’s also very “hard for the rich to enter” the reign of God in the gospels. (see Mark 10:23, 25.)

Something else I appreciate in Jesus’ blessing that I rarely hear spoken about is his anger. This story legitimizes anger toward attempts to keep hindering anyone from coming to Jesus. More broadly, it also legitimizes anger as a valid emotion for Jesus’ followers to have toward all injustice. It’s not just okay but it’s actually right for us to be angry when we see vulnerable people and communities being harmed.

There’s a lot to ponder in this week’s passage. Regardless of your own interpretations, may the way we interpret these stories lead us ever deeper into our work of making our world a safer, more compassionate, just home for everyone. 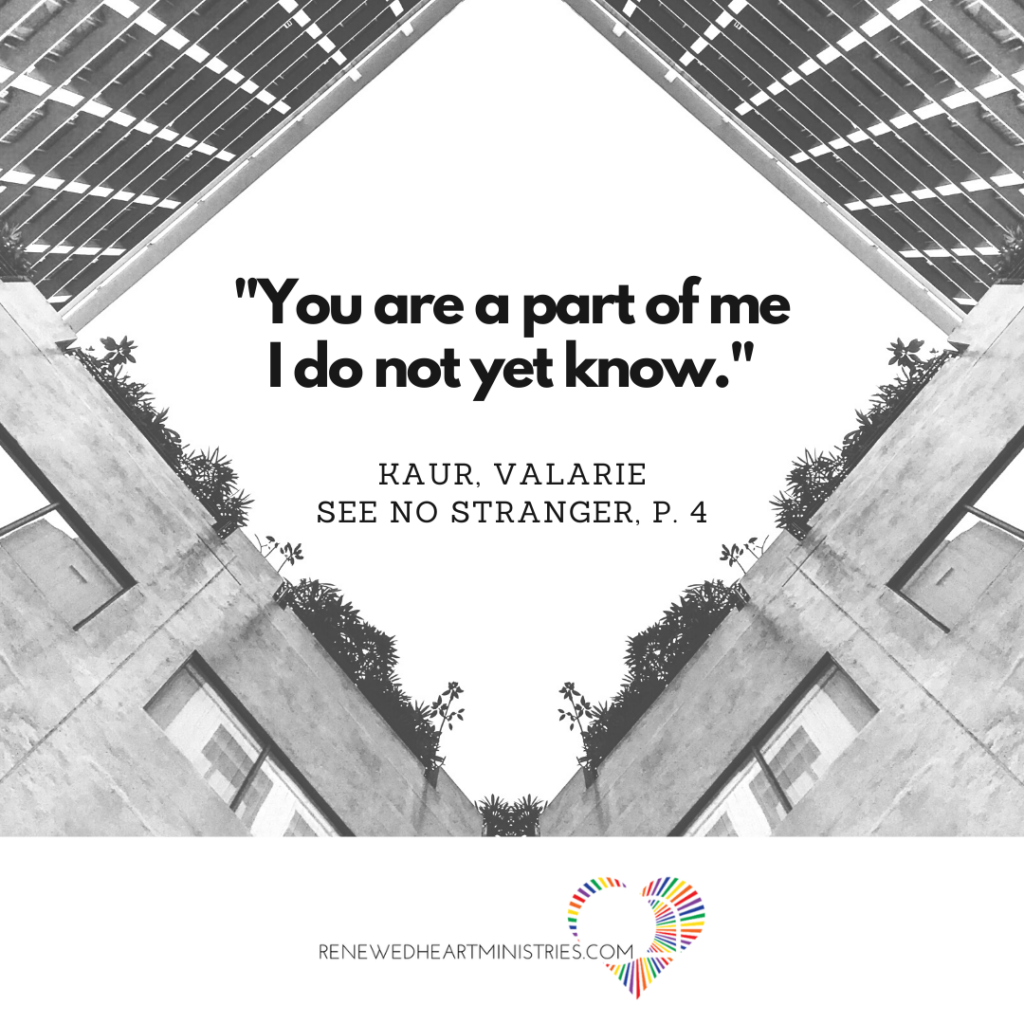