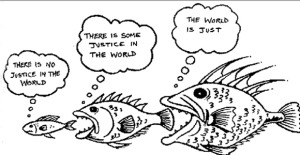 Then Jesus told them a parable about their need to pray always and to not get discouraged. (Luke 18.1)

This week we are looking at the parable referred to by many as the parable of the unjust ruler and the importunate woman. I want to make it clear from the beginning that we will not look at this parable through a domesticated or conventional “Empire Approved” lens. There are key phrases and clues that cannot be missed, and these phrases tell us explicitly that this is not a parable concerning prayer by those in places of privilege; rather, it is a parable for those who are not merely passively disadvantaged, but who are being actively oppressed in their state of being disadvantaged.

First, here are those phrases and clues:

“A judge who neither feared God nor had respect for people.” – Luke 18.2 (The word for “judge” here does not mean someone who tries a case, but rather a magistrate or “ruler” who presides over the affairs of government.)

“A widow” – Luke 18.3 (Widows in this first century, patriarchal culture were among those who were oppressed by those at the top of the economic privilege-pyramid.)

“I will grant her justice” – Luke 18.5 (What this widow was pleading for was equity and what today would be called social justice.)

“Will not God grant justice to his chosen ones who cry to him day and night?” – Luke 18.7 (This phrase, cry to him day and night, would have harkened Jesus’ listeners back to Israel’s slavery in Egypt, when they also “groaned under their slavery, and cried out. Out of the slavery their cry for help rose up to God” (Exodus 2.23, emphasis added). Within the narrative of Exodus, God is portrayed as saying to Moses, “I have observed the misery of my people who are in Egypt; I have heard their cry on account of their taskmasters” (Exodus 3.7, emphasis added).

This is not a parable about praying over “first world problems.” These are not prayers by rulers or judges or those who receive their preference. This is not a prayer to get a promotion in an already high-paying job, or an “A” at an ivy league school, or that your favorite sitcom won’t get canceled this season. These are prayers from those who cry out to the “Advocate God” of the oppressed and disadvantaged that we see in the Jesus of Matthew, Mark, Luke and John. These are prayers for God to end oppression, violence and injustice against those who are marginalized, mistreated, stereotyped, mischaracterized, and whose plight is ignored. Jesus is saying to these people, keep crying out to God! Don’t give up! This is not a “pray only” parable either. This is a parable where the widow not only prays—she stands up to injustice with her continued prayers. Jesus is saying to the oppressed, “Keep pushing for justice, yes vertically, but also horizontally. And change will come! God is with you. Remember, God is an ‘Advocate God.’ And this God stands in solidarity with you.” Injustice, oppression and violence is a violation of everything that the God we see in Jesus is about. In Jesus we see this Advocate God engaged in a formidable struggle against all oppression, injustice, and violence. As I’ve said so many times before, yes, God loves even the perpetrators of oppression. Yet the God we see in Jesus seeks to overthrow injustice by winning over the perpetrators of injustice, by being the first to stand in solidarity with the oppressed. Yes, this God loves all, yet this God is also seeking to heal all, both oppressed and oppressor. This God is at work to heal the oppressors by setting them free from the systemic evil they themselves are victims of. And this God is seeking to heal those who are being oppressed by putting to right the very injustice that is crushing them.

The good news that the early apostles proclaimed was not that someone had been crucified. That happened all the time to anyone who stood up to Roman oppression. Nor was it that someone who had died had come back to life. That, although strange to us today, would not have shocked anyone in the first century. They had all kinds of stories, both Jewish and Hellenistic, of people who had come back post-mortem. What shocked the Jewish and Roman world was that this Jesus, who was deemed a threat to the political, economic and religious privilege-pyramids, whom these systems had joined together in crushing/crucifying, had been chosen by God to stand in solidarity with him, and who had resurrected this same Jesus, and established this Jesus (along with his radical teachings about justice, equity, love, and mercy rather than sacrifice) as Lord. What had been prophesied by the prophets, that God would one day put to right all injustice, oppression, and violence, had now begun in the resurrection of Jesus the “Christ.”

It wasn’t about getting to heaven after one died. It was about turning the world “upside-down” (see Acts 17.6) and placing it right-side up once again.

The resurrection proves that God is not standing in solidarity with political super-powers (“manifest destiny”), nor is God standing within the most exclusive, most holy, central places of religious systems of sacrifice. Rather, the resurrection proves that God was standing with and revealed in the very one who had been crucified by these religious, economic, and political systems.

Yes, there is good in the world worth fighting for and worth saving (see John 3.17). And when we encounter sickness in this world, whether social, political, economic, or religious, the only remedy is to hear the gospel (good news) being proclaimed by the resurrection of this same Jesus who was crucified by these sicknesses.

In John’s gospel, Jesus tells Nicodemus, “Indeed, God did not send the Son into the world to condemn the world, but in order that the world might be [healed] through him” (John 3.17).

The cross is the center of appeasement-based theology in the hands of those at the top of privilege-pyramids to take the gospel of the oppressed out at the knees. There is a reason why the resurrection of Jesus was the center of the apostle’s gospel in the book of Acts. The resurrection undoes and reverses the unjust act of the cross by systems of oppression. It is this reason, understood by the apostles, that places the resurrection at the center of all rightly-understood systems of liberation theology. Make no mistake, making the cross the center of one’s theological understanding speaks volumes about the character of the God at the heart of that theology. Yet placing the resurrection as God’s response to the crucifixion of Jesus by human hands also speaks volumes about the character of God at the heart of that theology. And both “centers” place their adherents on a trajectory concerning how they treat the marginalized.

It offers much to ponder for this week, for sure.

It’s time to revisit the Jesus story of Matthew, Mark, Luke, and John, as well as the preachings of those in the book of Acts, and abandon conventional, domesticated, “Empire-Approved” systems of interpretation.

May God guide us to hear what the story is really telling us, for the sake of our fellow humanity “crying out to God, day and night, for justice.”

Till the only world that remains is a world where Christ’s love reigns, keep living in love, loving like Jesus.

I love each and every one of you, and remember, God does too.