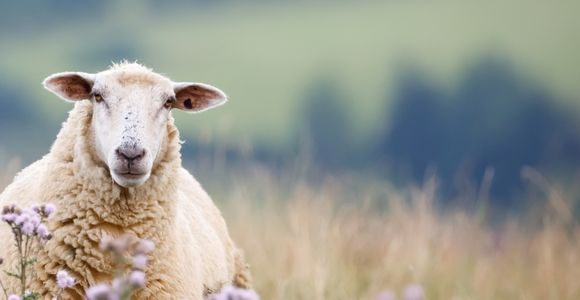 “In a society that privileges certain ones from pushing others to the edges and undersides of their society, we have to practice a preferential option for those being marginalized to bring things back into balance. This is a way to remediate the harmful preference that is already being shown.”

Our reading this week comes from the gospel of Luke:

Now all the tax collectors and sinners were coming near to listen to him. And the Pharisees and the scribes were grumbling and saying, “This fellow welcomes sinners and eats with them.”

So he told them this parable: “Which one of you, having a hundred sheep and losing one of them, does not leave the ninety-nine in the wilderness and go after the one that is lost until he finds it? When he has found it, he lays it on his shoulders and rejoices. And when he comes home, he calls together his friends and neighbors, saying to them, ‘Rejoice with me, for I have found my sheep that was lost.’ Just so, I tell you, there will be more joy in heaven over one sinner who repents than over ninety-nine righteous persons who need no repentance.

Or what woman having ten silver coins, if she loses one of them, does not light a lamp, sweep the house, and search carefully until she finds it? When she has found it, she calls together her friends and neighbors, saying, ‘Rejoice with me, for I have found the coin that I had lost.’ Just so, I tell you, there is joy in the presence of the angels of God over one sinner who repents.” (Luke 15:1-10)

This week’s reading includes arguably two of the most famous stories associated with Jesus today: the stories of the lost sheep and the lost coin. Many progressive historical Jesus scholar also consider these stories original to the historical, Jewish Jesus.

There’s a parallel to the story of the lost sheep in the book of Matthew:

What do you think? If a shepherd has a hundred sheep, and one of them has gone astray, does he not leave the ninety-nine on the mountains and go in search of the one that went astray? And if he finds it, truly I tell you, he rejoices over it more than over the ninety-nine that never went astray. So it is not the will of your Father in heaven that one of these little ones should be lost. (Matthew 18:12-14)

We also find a version of this saying in the non-canonical gospel of Thomas:

Jesus said, The kingdom is like a shepherd who had a hundred sheep. One of them, the largest, went astray. He left the ninety-nine and looked for the one until he found it. After he had toiled, he said to the sheep, ‘I love you more than the ninety- nine.’ (Thomas 107)

A quick word about the derogatory light Luke’s story casts the Pharisees in. This way of speaking about Pharisees has a long antisemitic history that we at RHM don’t support. The Pharisees, who followed the teachings of Hillel, had much in common with Jesus’ interpretation of the Torah through a lens of loving one’s neighbor. Even the more conservative interpretive school of Shammai (which this passage may be blanketly referring to) sided with Jesus on divorce.

Neither group agreed with Jesus’ stance on debt forgiveness, which is interesting given the comments I see many politically conservative Christians making about Biden’s modest student loan forgiveness plan. I’d say to them, just be thankful it’s Biden and not your Jesus doing it, or all of the debt would be cancelled. The gospels use the phrase “the year of the Lord’s favor”, referring to the year of jubilee, a time when all debts would be cancelled (Luke 4:18-19). The contradiction is telling.

If this idea that Jesus agreed with various schools of Pharisaical interpretation is new to you, I recommend the classic, well researched book: Jesus the Pharisee: A New Look at the Jewishness of Jesus by Harvey Falk.

But for now let’s take a closer look at the story of the lost sheep. The idea of prioritizing one sheep over ninety-nine is a fundamental tenet of various forms of liberation theology. In those schools of interpretation, “a preferential option” for the one being harmed, excluded, and/or oppressed is foundational.

This week’s story includes a preference for the one sheep lost rather than for the ninety-nine sheep that remain, much as an urgent care medical facility prioritizes people in life-threatening circumstances over others whose cases are less severe.

As a parent, I understand. I love all of my kids. And as they were growing up, each of them had times when they would receive a priority of attention because of something they were facing. Whether they were sick, or having a challenge at school, or something was happening in their social lives, their need at the time governed whether our family centered or preferred them. The term “preferential” constitutes favor or privilege, and in our context this week, it’s about centering those being marginalized over those our society is choosing to privilege.

Each of these theologies attempts to prioritize those being harmed by their society in a way that parallels Jesus’ ethical practice, the practice being defended by the Jesus of the gospels in the stories we’re reading this week. Those benefited in this society, especially if their benefits come at the expense of others, will always push back against this. It is this pushback that we are seeing Jesus respond to in this week’s stories.

The word “option” in the phrase “preferential option” doesn’t mean this is optional for Jesus followers. Option means that every day we can choose to follow Jesus, to practice preferring those being harmed rather than those benefiting from their harm.

This is a deep theme in the Jewish wisdom and prophetic traditions:

The LORD works vindication and justice for all who are oppressed. (Psalms 103:6)

In a society that privileges certain ones from pushing others to the edges and undersides of their society, we have to practice a preferential option for those being marginalized to bring things back into balance. This is a way to remediate the harmful preference that is already being shown.

Parts of the early Jesus movement also valued this practice. Consider this passage from the book of James:

My brothers and sisters, do you with your acts of favoritism really believe in our glorious Lord Jesus Christ? For if a person with gold rings and in fine clothes comes into your assembly, and if a poor person in dirty clothes also comes in, and if you take notice of the one wearing the fine clothes and say, “Have a seat here, please,” while to the one who is poor you say, “Stand there,” or, “Sit at my feet,” have you not made distinctions among yourselves, and become judges with evil thoughts? Listen, my beloved brothers and sisters. Has not God chosen the poor in the world to be rich in faith and to be heirs of the kingdom that he has promised to those who love him? But you have dishonored the poor. Is it not the rich who oppress you? Is it not they who drag you into court? Is it not they who blaspheme the excellent name that was invoked over you? (James 2:1-7, emphasis added.)

All of this calls to me to continually reassess my own practice. Who is it that I’m practicing a preferential option for? Our society practices privilege. Who does our society disenfranchise or exclude? When there are efforts to bring things into balance, whose voices speak against favoring those suffering harm?

The recent debate over student loan forgiveness is just an example. I don’t think Biden’s plan goes far enough. I’m thankful for what it does do; it’s a good start. But anyone who understands the predatory nature of student loans understands that some people and companies are benefitting by harming students financially. We need a preferential option now to restore balance. It never ceases to surprise me when I hear people in my circle of friends who are against such efforts. I’m thankful that two out of three folks in our society see the wisdom in a preferential option for people in debt. And we can do even more.

Who is the Jesus story calling you to practice a preferential option for this week?

2. What community is the Jesus story calling you to practice a preferential option for this week? Discuss with your group. 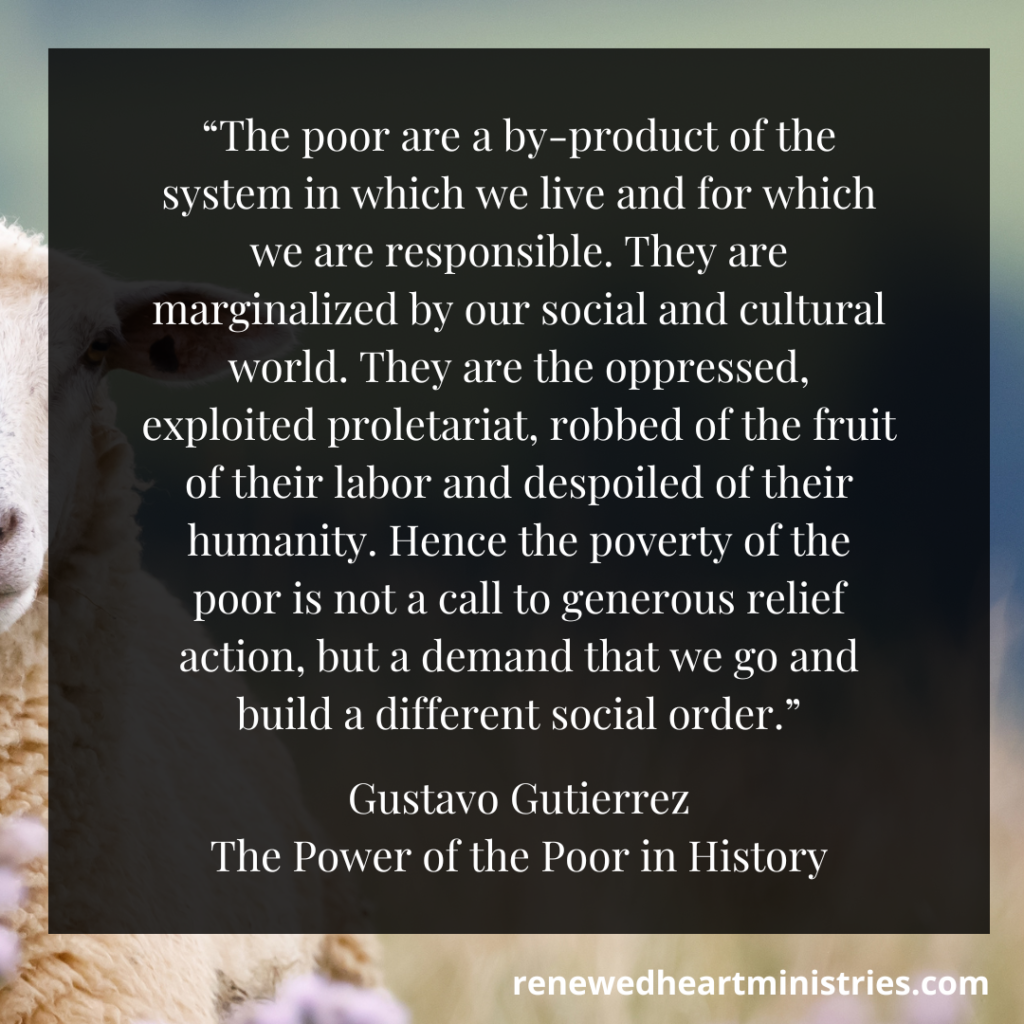