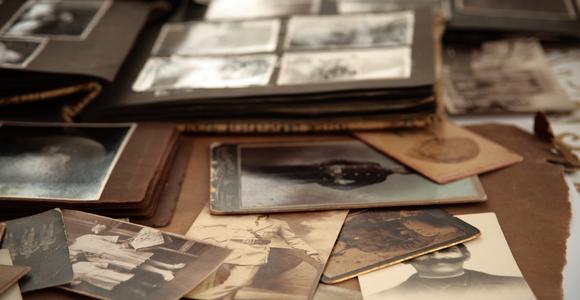 “If your religion causes you to feel like you must reject your lesbian, gay, bisexual, transgender, gender non-binary, queer, or questioning kid, please find a different expression of your faith. Run; don’t walk. Don’t accept any expression of religion that calls you to reject your own children.”

Now large crowds were traveling with him; and he turned and said to them, “Whoever comes to me and does not hate father and mother, wife and children, brothers and sisters, yes, and even life itself, cannot be my disciple. Whoever does not carry the cross and follow me cannot be my disciple. For which of you, intending to build a tower, does not first sit down and estimate the cost, to see whether he has enough to complete it? Otherwise, when he has laid a foundation and is not able to finish, all who see it will begin to ridicule him, saying, ‘This fellow began to build and was not able to finish.’ Or what king, going out to wage war against another king, will not sit down first and consider whether he is able with ten thousand to oppose the one who comes against him with twenty thousand? If he cannot, then, while the other is still far away, he sends a delegation and asks for the terms of peace. So therefore, none of you can become my disciple if you do not give up all your possessions. (Luke 14:25-33)

I’m not a fan of this week’s passage. It has been used to abuse and scapegoat marginalized people, and, too often, to justify parents rejecting their LGBTQ kids.

Many LGBT people were scapegoated by our peers growing up because we did not fit within the typical gender norms . . . Indeed, some of us may have been bullied by classmates in school not because we did anything wrong, but rather because we were perceived as being different or “outsiders.” The issue of anti-LGBT bullying and scapegoating has taken on a particular urgency in light of the horrific string of suicides in the United States in the fall of 2010 of young men (some as young as thirteen) who were tormented by their classmates because they were—or were perceived to be—gay . . . In many ways, queer people today can be seen as scapegoats of the larger society. In other words, society often channels its repressed violence—either metaphorically or literally—toward LGBT people, who are seen as different or as “outsiders” as a result of our marginalized sexualities and/or gender identities. As such, we are often the target of discrimination, and sometimes even violence, for the sake of preserving order in society. (Patrick S. Cheng, Radical Love, p. 94-95)

In our society, Christians have been among the worst offenders. Too often the stained glass windows of our church communities amplify the bigotry in the rest of society. And readings like this week’s are used by parents rejecting their LGBTQ kids while feeling as if God is calling them to do so.

Parents: if your religion causes you to feel like you must reject your lesbian, gay, bisexual, transgender, gender non-binary, queer, or questioning kid, please find a different expression of your faith. Run; don’t walk. Don’t accept any expression of religion that calls you to reject your own children.

Because there is another way to interpret this week’s passage: to prioritize working for a safe, compassionate, just world for everyone, especially those presently marginalized, and to value that above the acceptance of bigoted family members. (If you don’t have bigoted family members, you’re one of the lucky ones.)

Crystal and I have both gone through years of silence and rejection from family members due to our positions on anti-racism, LGBTQ inclusion and affirmation, gender justice, ecological justice, economic justice and other values.

It hurts to be rejected or to be spoken evilly against by extended relatives who raised you. It hurts to be shut out and viewed as dangerous. Crystal and I both have family members who believe that God will ultimately reject and destroy those they think believe or practice “the wrong thing.” It’s little wonder that in worshiping a God who will ultimately do such things, they feel justified and even encouraged to practice that level of rejection with us today.

Part of me feels sorry for them. I know that their behavior is motivated by self-preservation: not wanting to be associated with us so that their God doesn’t reject them too. Part of me is angry at the bigotry that prevents them from waking up to how intrinsically harmful their religious paradigm is. They miss the red-flag warning because a rejecting God resonates with their own prejudices and worldview. And part of me just hurts about it all. Rejection always hurts, but especially from people you care about and love.

This week’s reading calls us to recognize that facing rejection may be part of our journey following Jesus. It’s a cost we should be aware of before we embark on that journey. Our society pushes some people to the margins the way Jesus’ society pushed him out, and we can expect the same treatment. This was a cost I did not consider in my own life, and it was all the more painful as a result.

Jesus’ last phrase describes the context of this passage: “None of you can become my disciple if you do not give up all your possessions.”

This saying is about much more than possessions. It’s also about relationships.

In Jesus’ society, the family was the center of the economy. If you had no family, you didn’t exist politically, economically, or socially. So in these stories, Jesus is confronting the social structures of his own society, structures that benefitted some families above others and at those others’ expense. Those who were benefitting from that way of organizing society didn’t want society to change. They didn’t perceive the change Jesus described as good news but as something to be resisted at every step, even if that meant rejecting a family member who was calling for change. If Jesus’ 1st Century followers had their family reject them for following his vision of organizing our world without marginalization, that rejection had deep economic implications. And if their well-to-do families rejected them, this week’s reading calls us to count the cost and understand what we are signing up for, too.

This is what it means to carry one’s cross. Remember, carrying a cross is not passively accepting injustice or abuse. The Romans used the cross to scare people into not speaking out, not standing up. Jesus was put on a cross because he refused to passively accept an unjust reality. His temple protest is just one example.

How does this apply to us today?

Following Jesus today includes speaking out against social injustices, too. We may also face “crosses” that the powers that be threaten us with. Our reading this week calls us to consider speaking out anyway.

Resist. Get into good trouble. Speak out. Don’t remain silent.

Today our families may reject us using scare words like “socialist” or “communist” or “progressive” or “liberal.” That’s okay. Our reading this week encourages us to recognize ahead of time that we may face negative feedback from those who are benefiting from the systems of this world, even when they are our relatives. Working for a more compassionate, just, and safe world for everyone is hard work, and I believe it’s worth it. We can still be honest about how hard it actually is. We can use these difficulties as waymarks to remind us that we are in the right story. Rather than discouraging us and causing us to quit, these difficulties can spur us to keep pressing on, leaning into the work.

Justice is a touchstone for ensuring that we are interpreting our readings in a life giving way. Is family rejection part of our story because we’re standing up for justice? Then we are in the right story. Are we rejecting a family member because they are different? That is unjust and not the story Jesus calls us to.

Our reading this week doesn’t just call us to count the cost.It also calls us to recognize that if we are being rejected for doing what it right, we do not bear responsibility. We need not blame ourselves for being rejected by our families because we are different or because we are standing up for those who are different. Rejection, unfortunately, may be part of our work of working for a just world.

Count that cost, and work for justice nonetheless.

2. Share an experience where also faced rejection for standing up for others being harmed. Discuss with your group.