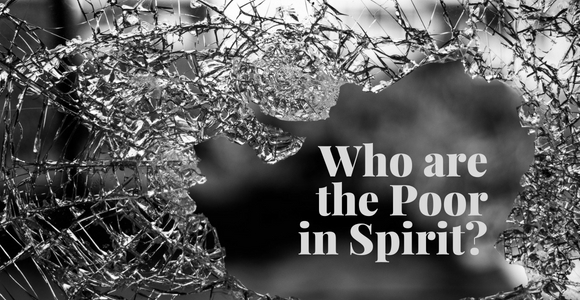 Photo by Jilbert Ebrahimi on Unsplash

“The system is intended to break their spirit once and for all, to make them give up and simply cycle through the judicial system indefinitely. Jesus’ vision for human society was that his kingdom would belong to those presently trodden and excluded, those whose spirit has been broken, who don’t have the will to even keep trying.”

“The Spirit of the Lord is on me, because he has anointed me to proclaim good news to the poor. He has sent me to proclaim freedom for the prisoners and recovery of sight for the blind, to set the oppressed free, to proclaim the year of the Lord’s favor.” (Luke 4:18; cf. Isaiah 61:1-3)

Whatever you’re looking for in the scriptures, you can find. .The gospel writers also had those options when they picked passages from the Torah, the Songs, and the Prophets. Luke’s gospel chose a passage from the Prophets that speaks liberation for those who were oppressed by people in positions of power and privilege.

Both Matthew’s and Luke’s gospels include variations of these words:

In these words, we see Jesus’ solidarity with and liberation of those on the undersides and margins of his society’s status quo. Jesus came to call for change,  changes that would be a “blessing” for those the present structures had caused to be poor, to weep, and to go hungry. These changes would also mean “woe” for those designing and benefiting from those structures.

Matthew’s version of these words is a little broader. In Matthew, Jesus called for changes for the meek rather than the assertive person, the pure in heart rather than those corrupted by greed, the peacemakers rather than peacekeepers, those hungering and thirsting for the Hebrew prophets’ distributive justice (righteousness) rather than those alleviating guilt with charity, and the merciful rather than the merciless. The one group that stands out to me as I reread this passage is the group that Jesus said would be blessed by the changes he called for in our world—the poor in spirit.

“Blessed are the poor in spirit, for theirs is the kingdom of heaven.” (Matthew 5.3)

I was recently revisiting Michelle Alexander’s masterpiece, The New Jim Crow: Mass Incarceration in the Age of Colorblindness. One section describes the permanent consequences of a person being branded a “felon” after they have served their sentence. From not being allowed to find housing or employment to having your right to vote and serve on a jury forever taken away, these are experiences that break people’s spirits.

Here are just three of the stories that Alexander shares:

“I put my life on the line for this country. To me, not voting is not right; it led to a lot of frustration, a lot of anger. My son’s in Iraq. In the army just like I was. My oldest son, he fought in the first Persian Gulf conflict. He was in the Marines. This is my baby son over there right now. But I’m not able to vote. They say I owe $900 in fines. To me, that’s a poll tax. You’ve got to pay to vote. It’s “restitution,” they say. I came off parole on October 13, 1999, but I’m still not allowed to vote. Last time I voted was in ’88. Bush versus Dukakis. Bush won. I voted for Dukakis. If it was up to me, I’d vote his son out this time too. I know a lot of friends got the same cases like I got, not able to vote. A lot of guys doing the same things like I was doing. Just marijuana. They treat marijuana in Alabama like you committed treason or something. I was on the 1965 voting rights march from Selma. I was fifteen years old. At eighteen, I was in Vietnam fighting for my country. And now? Unemployed and they won’t allow me to vote.” (The New Jim Crow; pp. 159-160)

“When I leave here it will be very difficult for me in the sense that I’m a felon. That I will always be a felon . . . for me to leave here, it will affect my job, it will affect my education . . . custody [of my children], it can affect child support, it can affect everywhere—family, friends, housing. . . People that are convicted of drug crimes can’t even get housing anymore. . . Yes, I did my prison time. How long are you going to punish me as a result of it? And not only on paper, I’m only on paper for ten months when I leave here, that’s all the parole I have. But, that parole isn’t going to be anything. It’s the housing, it’s the credit re-establishing. . . . I mean even to go into the school, to work with my child’s class—and I’m not a sex offender—but all I need is one parent who says, ‘Isn’t she a felon? I don’t want her with my child.’” (The New Jim Crow; pp. 162-163)

“My felony conviction has been like a mental punishment, because of all the obstacles. . . Every time I go to put in a [job] application—I have had three companies hire me and tell me to come to work the next day. But then the day before they will call and tell me don’t come in—because you have a felony. And that is what is devastating because you think you are about to go to work and they call you and say because of your felony we can’t hire [you]. I have run into this at least a dozen times. Two times I got very depressed and sad because I couldn’t take care of myself as a man. It was like I wanted to give up—because in society nobody wants to give us a helping hand. Right now I am considered homeless. I have never been homeless until I left the penitentiary, and now I know what it feels to be homeless. If it was not for my family I would be in the streets sleeping in the cold. . . . We [black men] have three strikes against us: 1) because we are black, and 2) because we are a black male, and the final strike is a felony. These are the greatest three strikes that a black man has against him in this country. I have friends who don’t have a felony—and have a hard time getting a job. But if a black man can’t find a job to take care of himself—he is ashamed that he can’t take care of his children.” (The New Jim Crow; pp. 163-164)

These stories add new meaning to Jesus saying he had been sent “to proclaim freedom for the prisoners,” including people labeled as “felons.”

The opposite of being “poor in spirit” is being “strong in spirit” (see Luke 1:80). This society rewards those who, in addition to being privileged in other ways, are also strong in spirit. They have drive. They have fight. They compete. And they keep going till they win. The stories that Michelle Alexander tells are stories of those who, no matter how hard they try, can’t even survive. The system is intended to break their spirit once and for all, to make them give up and simply cycle through the judicial system indefinitely. Jesus’ vision for human society was that his kingdom would belong to those presently trodden and excluded, those whose spirit has been broken, who don’t have the will to even keep trying. Jesus cast a vision for a world not of charity that leaves the unjust structures in place, but where all oppression, injustice, and violence toward the vulnerable has been put right.

What does a world look like where people aren’t in need of continual charity or relief and live instead in a just society?

What does a world look like where people who are presently broken and downtrodden are instead given what they need to thrive?

What does a world look like where people who are vulnerable and pushed to the margins by those at the center are instead cared about and cared for?

I believe we have to start with that vision. I’m not preaching utopia. Utopia movements have backfired too many times in the past with very destructive results. But we have at least to begin with the discussion of what a utopia would even look like if we are going to push our present reality in a more just, safe, compassionate direction. We can argue about whether or not a utopia is possible, but as my friend Ash-lee Woodard Henderson of the Highlander Center shared with me recently, “Discovering what our utopias even look like is very often the first step in discovering what we need to be working on in our work of shaping a better world.”

It was to this work of shaping a better world that I believe Jesus called his disciples. And it’s really only this kind of discipleship that holds any real interest for me. I’ll close with the words of Sam Wells:

“The traditional way of understanding discipleship as one of taking people out of the world because it is a hostile place, promising them a better place in God’s heavenly kingdom, has been radically transformed by this insight. Jesus call us rather to change the world in such a way that it will cease to be the hostile place it is, as we construct the way for God’s reign on earth . . . The one thing everyone seems to agree on today is that there’s plenty wrong with the world. There are only two responses to this—either go and put it right yourself, or, if you can’t, make life pretty uncomfortable for those who can until they do. When we take stock of our relationship with the powerful, we ask ourselves, ‘Does the shape of my life reflect my longing to see God set people free, and do I challenge those who keep others in slavery?” (Sam Wells in Binding the Strong Man: a political reading of Mark’s story of Jesus by Ched Myers)

Here’s to the work of shaping a world that we may be able to look at one day and say:

“Blessed are the poor in spirit, for theirs is the kingdom…” (Matthew 5:3)

This week, Ron Dellums passed away.  If you are unaware of who he was, here is a link to his wikipedia page: Ron Dellums

With Mr. Dellums’ death, I’m reminded once again of the work those who have gone before us dedicated their lives to, their importance to us, and our importance to them. It is important that we continue their work of justice, peace and humanity toward all.  They took up the work from those who came before them, and we must continue the work, taking it as far as we can during the time we, together, have.

In honor of Ron Dellums, have your HeartGroup take a few moments and watch an interview with Ron from 2015 and discuss your responses with the group.

You can find the interview here.  It begins at minute marker 26:18.

What it would look like for your HeartGroup to lean more deeply into a dedication to challenging all forms of injustice. Pick something from your discussion and put it into practice, this week.

Thanks for checking in with us.

Wherever you are today, keep living in love, survival, resistance, liberation, reparation, and transformation.

To support these podcasts and weekly eSight articles, go to www.renewedheartministries.comand click “donate.”

In this topic:
Who are the Poor in Spirit?