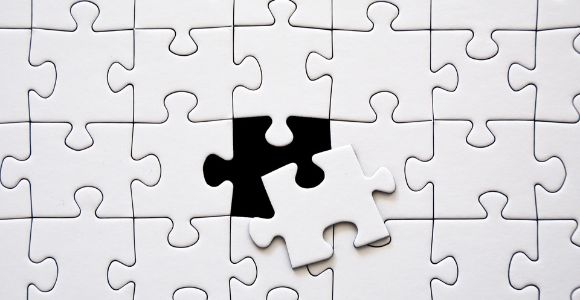 Every day, we face the evolutionary challenge of survival. We here in the U.S. have also been deeply conditioned by our culture of individualism, independence, and self-sufficiency. So even if we have solved the survival dilemma for ourselves, that’s usually all we’ve done: solved it for ourselves and too often at the expense of someone else, intentionally or unintentionally. Too often, we’re told that some need to go without so some others can have more. But what if this isn’t true? What if there is actually enough for everyone?

Someone in the crowd said to him, “Teacher, tell my brother to divide the inheritance with me.”

Jesus replied, “Man, who appointed me a judge or an arbiter between you?” Then he said to them, “Watch out! Be on your guard against all kinds of greed; life does not consist in an abundance of possessions.” And he told them this parable: “The ground of a certain rich man yielded an abundant harvest. He thought to himself, ‘What shall I do? I have no place to store my crops.’ Then he said, ‘This is what I’ll do. I will tear down my barns and build bigger ones, and there I will store my surplus grain. And I’ll say to myself, “You have plenty of grain laid up for many years. Take life easy; eat, drink and be merry.” But God said to him, ‘You fool! This very night your life will be demanded from you. Then who will get what you have prepared for yourself?’ This is how it will be with whoever stores up things for themselves but is not rich toward God.” (Luke 12:13-21)

A pastor friend of mine recently shared some of their vocational challenges with me. Commenting on their congregation, they said, “The challenge of my congregation is not its poverty, but its wealth.” As uneasily as we discuss our wealth or lack of wealth, this week’s reading invites us into that uncomfortable conversation. We are socialized by our U.S. culture to be uneasy here. Lean into this discomfort.

The passage begins with an outburst from one of Jesus’ listeners. Possibly struck by Jesus’ emphasis on justice for those being wronged, the person shouts out for Jesus to intervene with his brother to share the inheritance that their father had left them.

This request comes from a certain social location in Jesus’ society. Those who would even have had an inheritance to fight over in Jesus’ society would have been from the wealthy class. Disputes regarding large inheritances were not the plight of the poor or middle classes in Judea or Galilee. And Jesus didn’t view settling disputes between the rich as his purpose.

The Jesus of the gospels stood squarely in the Hebrew prophetic justice tradition’s concern for the poor. So rather than settle this dispute for this man, Jesus called him into solidarity with the poor through a parable.

When we find ourselves with more than what we ourselves need to thrive, then rather than building bigger barns to store that wealth, it is time for wealth redistribution.

“I’ll say to myself, “You have plenty of grain laid up for many years. Take life easy; eat, drink and be merry.”

I remember being deeply moved years ago while reading the following statements from James Robinson’s The Gospel of Jesus, In Search of the Original Good News:

“The human dilemma is, in large part, that we are each other’s fate. We become the tool of evil that ruins another person as we look out for ourselves, having long abandoned any youthful idealism we might once have cherished. But if we each would cease and desist from pushing the other down to keep ourselves up, then the vicious cycle would be broken. Society would become mutually supportive rather than self-destructive. This is what Jesus was up to . . . I am hungry because you hoard food. You are cold because I hoard clothing. Our dilemma is that we all hoard supplies in our backpacks and put our trust in our wallets! Such “security” should be replaced by God reigning, which means both what I trust God to do (to activate you to share food with me) and what I hear God telling me to do (to share clothes with you). We should not carry money while bypassing the poor or wear a backpack with extra clothes and food while ignoring the cold and hungry lying in the gutter. This is why the beggars, the hungry, the depressed are fortunate: God, that is, those in whom God rules, those who hearken to God, will care for them. The needy are called upon to trust that God’s reigning is there for them (“Theirs is the kingdom of God”).” (Kindle Location 72)

Jesus shares his solution in this week’s parable.

Every day, we face the evolutionary challenge of survival. We here in the U.S. have also been deeply conditioned by our culture of individualism, independence, and self-sufficiency. So even if we have solved the survival dilemma for ourselves, that’s usually all we’ve done: solved it for ourselves and too often at the expense of someone else, intentionally or unintentionally. Too often, we’re told that some need to go without so some others can have more. But what if this isn’t true? What if there is actually enough for everyone?

Jesus’ solution for the dilemma of survival was more social than individual. He encouraged mutually supportive communities, communities where we take responsibility for caring for one another. When we find ourselves having more than what we need for our own thriving, we’re called to share that extra with those who don’t have what they need to thrive. That’s how we all thrive together.

When we do this, we are creating a new world, setting in motion a world of different quality. When we share with those whose daily needs are not being met today, we create mutuality where if something should happen in the future, those who have more than what they need then will share with us.

We could instead choose to hoard our wealth so that if anything ever happened in the future we could simply take care of it ourselves. But that was not Jesus’ solution. Elsewhere in the Christian scriptures we read:

Putting hope in hoarded wealth is an option, but Jesus called us to put our hope in each other. “Be rich toward God,” meant sharing resources with others who are the objects of God’s universal love. We can trust God enough to be the people God is calling to share our extra resources today, and we can trust, too, that if something should happen to us in the future, God will send someone to share their extra resources with us.

This can be done in a multitude of ways, one of them being taxation.

Consider this example within the early Jesus community:

“All the believers were one in heart and mind. No one claimed that any of their possessions was their own, but they shared everything they had. With great power the apostles continued to testify to the resurrection of the Lord Jesus. And God’s grace was so powerfully at work in them all that there were no needy persons among them. For from time to time those who owned land or houses sold them, brought the money from the sales and put it at the apostles’ feet, and it was distributed to anyone who had need.” (Acts 4:32-35)

The community’s practice was in direct response to Jesus’ call for those with more than they needed to sell what they had and give it to the poor. The early church practiced a form of wealth redistribution, not to enrich the church institution, but to redistribute that wealth among those who were in need.

And what was the result? Not universal poverty. Instead, the story says, “there were no needy persons among them.”

This calls into question our society where billionaires exist. Do we want to live in a society where some people have more than they will ever need while there are others who for whom the vast wealth disparity in our society is lethal. Would we rather live in a society with a smaller disparity between the haves and have nots? How can this week’s reading inform our discussions about a possible billionaire wealth tax?

I don’t believe wealth disparity makes a society healthy (see How economic inequality harms societies). I believe it is deeply harmful for all of us, and I want a society with less hoarding, more sharing, and more abundance for all.

2. What are some ways we can practice sharing our surplus with those in need starting simply within our HeartGroups? Discuss as a group. 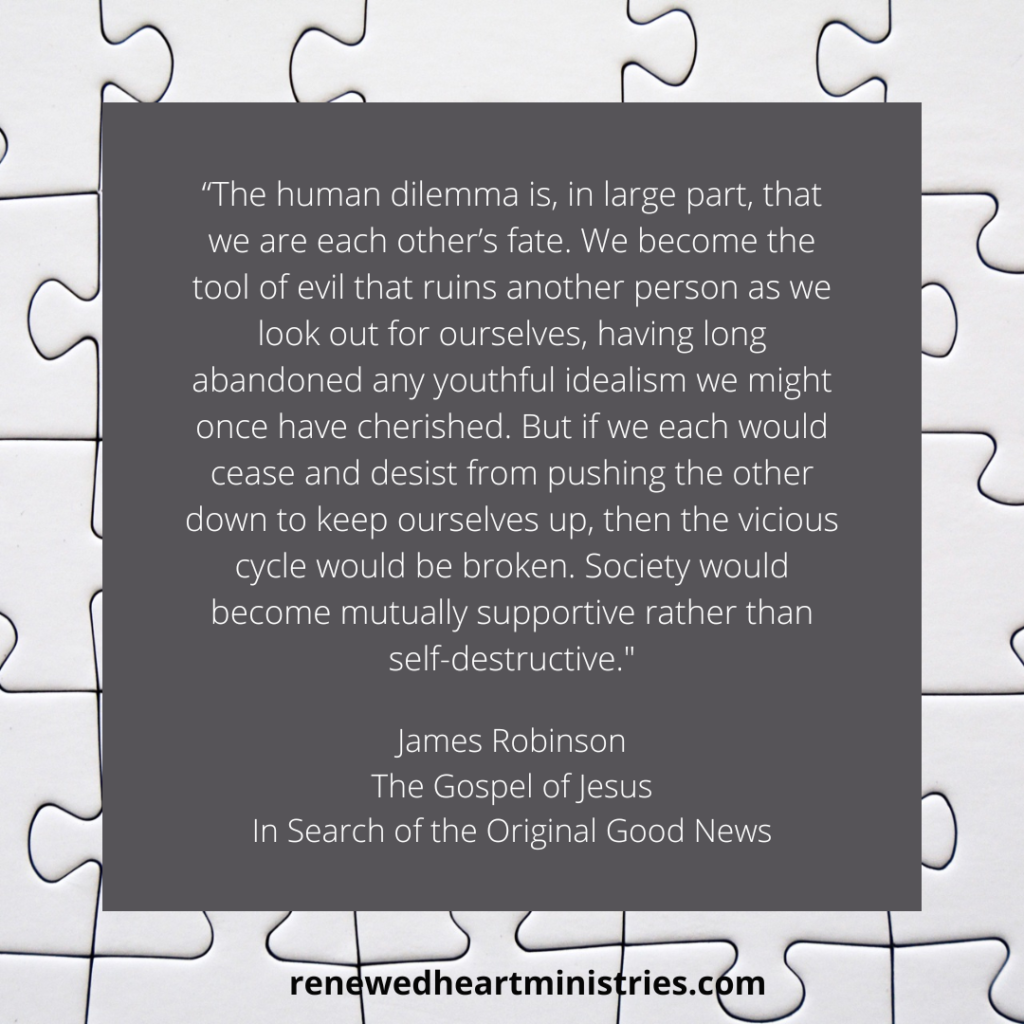