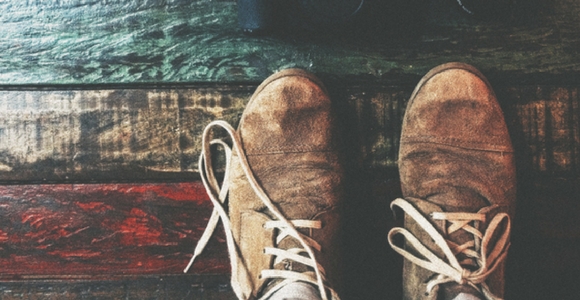 “We don’t have to reject members of our own family. Rather, this week’s saying tells us that when we do take a stand for justice, we may be rejected by mother, father, daughter, son, brother, or sister, and we should stand up anyway.”

Luke 14:26: “If anyone comes to me and does not hate father and mother, wife and children, brothers and sisters—yes, even their own life—such a person cannot be my disciple.”

Of all the sayings of Jesus that I dislike and could be most easily misunderstood, misused, or abused, this week’s saying tops my list. I don’t like it at all. I’ve seen too many young people, especially LGBTQ young people, thrown out of their homes and cut off or shunned by their family on the basis of this week’s saying to have fond feelings about it. Whatever the saying, one must always judge its ethic on its fruit. What is the fruit of practicing one’s interpretation of the saying—life or death? If the fruit of your interpretation is death, I say change your interpretation!

What could Jesus have been thinking as he gave this teaching and made hate a core part of what it meant to follow him?

First, let’s understand that the socio-economic context of this saying is very different than our context today. We in the modern West belong to very individualistic societies. Socially and economically, we are individualists, not communalists. For middle-to-upper class people, there are retirement programs, insurance policies, and other programs and vehicles for one to take care of oneself rather than need a world where people take care of people.

In the 1st Century, Judea and Galilee was more communal. People in that region practiced a redistributive and reciprocal economy. Redistributive economies are economies where third parties (kings or aristocracies) collect the surplus from producers and then distribute that surplus to others who are not producers. This third party typically redistributes by directing and controlling labor, taxing people, or having officials make decisions rather than the people themselves. An example is an economy where rural producers feed urban dwellers. Redistribution can be done justly or unjustly: the book of Acts characterizes the early church as a redistribute economy based on voluntary giving, whereas the gospels characterize the Temple as a redistributive economy based on taxation and market selling.

Reciprocal economies are different. These types of economies are where those who belong to families or even communities freely give goods or services to each other. Yet as these gifts are given, community members keep an eye on the general ebb and flow of giving to make sure there is balance or fairness. People eventually become characterized as givers or takers. Those who give much are entitled to receive back, while those who are known to be takers are eventually starved out.

Families, in Jesus’ Jewish culture, especially in rural Galilee, practiced a more reciprocal economy. Jerusalem, through taxation, practiced a more redistributive economy. So when the gospels portray Jesus as saying, “The one who‚ does not hate father and mother cannot be my disciple; and the one who does not hate son and daughter cannot be my disciple,” this saying involved the economic aspects of these relationships.

If following Jesus caused a person to lose economic support from their parents or their children, Jesus asks his followers to prioritize his vision for society: everyone is taken care of based on their needs, not based on their family’s, clan’s or tribe’s reciprocal system.

So perhaps Jesus’ saying was much more about communal economics than individual relationships with one’s family or tribe. Ched Myers explains the connection:

“It is important to recognize that in antiquity, much more so than today, the social fabric of the rural extend family was bound to the workplace. Thus the break demanded by Jesus is not only with economic but social security as well.” (in Binding the Strong Man: a political reading of Mark’s story of Jesus, p. 132)

But what if that interpretation isn’t the whole story? What if Jesus actually was telling us to hate our parents or children for not lining up with what we deem is morally appropriate? Should we hate our moms, dads, or kids because Jesus told us to?

Religiously fueled hatred or cold-hearted rejection of one’s own family has a long history in our sacred text. In Deuteronomy we find this command against daughters believed to not be virgins:

“If, however, the charge is true and no proof of the young woman’s virginity can be found, she shall be brought to the door of her father’s house and there the men of her town shall stone her to death. She has done an outrageous thing in Israel by being promiscuous while still in her father’s house. You must purge the evil from among you.” (Deuteronomy 22:20)

This passage reflects the authors’ unjust patriarchal economy that relegated women to the level of property. Yet we must also be clear. It would be wrong for me as a father to read Deuteronomy’s injunction and seek to apply it to my children. There is no way around it. Our interpretations of our sacred texts must be held subject to love, compassion, and their fruit in our lives. As a friend of mine, Alicia Johnston, recently shared with me, “All teachings must be harmonized with love and compassion. Teachings that are inherently damaging, unhealthy, or unloving, cannot make people’s lives better. They, inherently, are not gospel.”

As we covered in Children against Parents, Matthew’s context is telling because it’s not the Jesus follower who is rejecting their family, but the family that is rejecting the Jesus follower. It makes much more sense to interpret this week’s saying as Jesus calling his followers to prioritize participating in his revolution over the rejection of family members. Matthew borrows from the Hebrew scriptures:

“For a son dishonors his father,

a daughter rises up against her mother,

a daughter-in-law against her mother-in-law—

a man’s enemies are the members of his own household.” (Micah 7.6)

The social location of the intended audience for this week’s saying really does make a difference. Is this saying telling parents to reject their children (or vice versa) who do not align with their definition of right and wrong? Or does this saying tell children who are being rejected by their parents (or vice versa) to remain committed to following Jesus’ revolution even in the face of such rejection?

Again, we don’t have to reject members of our own family. Rather, this week’s saying tells us that when we do take a stand for justice, we may be rejected by mother, father, daughter, son, brother, or sister, and we should stand up anyway.

Standing with and speaking out alongside the vulnerable often creates conflict, and often it’s conflict within one’s own family. (I know something of this myself.) I don’t believe that this suffering is good and I don’t believe that we must pass through fire and sword to get to a world that is safe, just, and compassionate for everyone.

I do believe that when those threatened by a just world do raise their swords or threaten us with a cross, we should stand up anyway, even if those opposing us are relatives. We are not to patiently submit. Rather, we are to take hold of life and, following Jesus, resist.

This is the only interpretation of this week’s saying that makes sense to me. More hate will not heal the world. Prioritizing a just, safe, and compassionate world over systems of domination and privilege, even if those at the helm of such systems are one’s own family, makes much more sense. I still would not have used the word “hate” as these translators did. But then again, I’m reading this saying two millennia and cultures away from its original time and place.

What can we glean from this week’s saying?

Reclaim your own humanity and stand alongside others who are reclaiming theirs. As we have stated so often, we are each other’s fate.

On August 16, 1967, at the 11th Convention of the Southern Christian Leadership Conference in Atlanta, GA, Martin Luther King, Jr. delivered the address, ”Where Do We Go From Here?” In this address he made the now famous declaration:

“Through violence you may murder a hater, but you can’t murder hate through violence. Darkness cannot put out darkness; only light can do that. And I say to you, I have also decided to stick with love, for I know that love is ultimately the only answer to mankind’s problems. And I’m going to talk about it everywhere I go. I know it isn’t popular to talk about it in some circles today. And I’m not talking about emotional bosh when I talk about love; I’m talking about a strong, demanding love. For I have seen too much hate. I’ve seen too much hate on the faces of sheriffs in the South. I’ve seen hate on the faces of too many Klansmen and too many White Citizens Councilors in the South to want to hate, myself, because every time I see it, I know that it does something to their faces and their personalities, and I say to myself that hate is too great a burden to bear. I have decided to love. If you are seeking the highest good, I think you can find it through love.”

In light of this week, and in preparation for next,

In a world that benefits some at the expense of others, it’s not always easy to hold up the vision of a world where justice, violence and oppression are put right. It’s even more difficult when doing so is compounded by rejection from those you care for. In moments like these, we need each other.

Wherever this finds you this week, right where you are, choose love, not hate. Choose a life of compassion and justice. Remember, you’re not alone. We are in this together, till the only world that remains is a world where only love reigns.

For all of you who are in or near the Asheville, N.C. area, registration for our free event this August 4-5 is now open! Find out more about this event at http://bit.ly/SayingsOfJesusAsheville.

Space is limited. We are using Eventbrite to make it super easy for you to register and reserve your place. Our Eventbrite page is:

The session dates and times are:

Light refreshments will be served, and there will be discussion time at the end of each session. 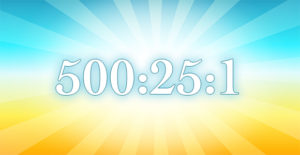 We are so excited to be moving forward with our first 500:25:1 event. We’ll keep you posted on where we’ll be teaching next!

To fund our new events, go to http://bit.ly/RHM500Support.

Remember, if you are in the Asheville area, make sure you register at http://bit.ly/SayingsOfJesusAsheville. Space will be filling up quickly.

Thanks for checking in with us.