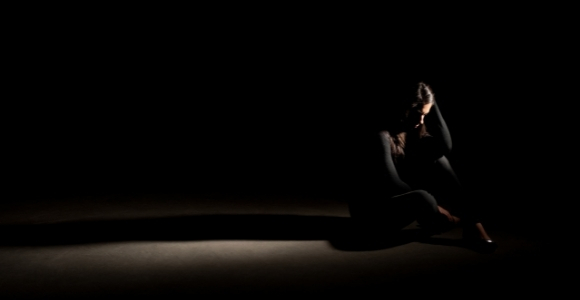 Our reading this week is from the gospel of Mark.

When Jesus had crossed again in the boat to the other side, a great crowd gathered around him; and he was by the sea. Then one of the leaders of the synagogue named Jairus came and, when he saw him, fell at his feet and begged him repeatedly, “My little daughter is at the point of death. Come and lay your hands on her, so that she may be made well, and live.” So he went with him.

And a large crowd followed him and pressed in on him. Now there was a woman who had been suffering from hemorrhages for twelve years. She had endured much under many physicians, and had spent all that she had; and she was no better, but rather grew worse. She had heard about Jesus, and came up behind him in the crowd and touched his cloak, for she said, “If I but touch his clothes, I will be made well.” Immediately her hemorrhage stopped; and she felt in her body that she was healed of her disease. Immediately aware that power had gone forth from him, Jesus turned about in the crowd and said, “Who touched my clothes?” And his disciples said to him, “You see the crowd pressing in on you; how can you say, ‘Who touched me?’” He looked all around to see who had done it. But the woman, knowing what had happened to her, came in fear and trembling, fell down before him, and told him the whole truth. He said to her, “Daughter, your faith has made you well; go in peace, and be healed of your disease.”

While he was still speaking, some people came from the leader’s house to say, “Your daughter is dead. Why trouble the teacher any further?” But overhearing what they said, Jesus said to the leader of the synagogue, “Do not fear, only believe.” He allowed no one to follow him except Peter, James, and John, the brother of James. When they came to the house of the leader of the synagogue, he saw a commotion, people weeping and wailing loudly. When he had entered, he said to them, “Why do you make a commotion and weep? The child is not dead but sleeping.” And they laughed at him. Then he put them all outside, and took the child’s father and mother and those who were with him, and went in where the child was. He took her by the hand and said to her, “Talitha cum,” which means, “Little girl, get up!” And immediately the girl got up and began to walk about (she was twelve years of age). At this they were overcome with amazement. He strictly ordered them that no one should know this, and told them to give her something to eat. (Mark 5:21-43)

Today, this story is meaningful to me for different reasons. As is typical in the gospel of Mark, our reading this week includes one story interrupted by another. Mark repeatedly uses the narrative technique of interrupting one story with a secondary one. The first story envelopes a second story to direct listeners’ focus and understanding of both.

We are meant to compare these two stories, giving both stories space to explain the other. One hint of this is their parallelism: Jairus’ daughter is 12 years old and the woman with the vaginal hemorrhage has suffered for 12 years as well.

The contrasting social locations of these recipients of Jesus’ work is one of the most consequential comparisons for our justice work today. We’ll discuss more in a moment which social location is centered.

There is so much to address in both of these stories. Worth exploring in our limited time this week is the woman’s willingness to violate the letter of the Torah and her community’s taboos about uncleanliness and touching those considered unclean. By violating those rules, she arrives at the life-giving spirit and intention of the Torah according to her interpretation. Imagine how the woman in this story had to wrestle with the Torah’s commands to find the courage to reach out and touch even the hem of Jesus’ garment.

In the longest of the Dead Sea Scrolls, the Temple Scroll, we read of special places, quarantine spaces, that were to be kept outside the city and its population for lepers, those with skin diseases, those “afflicted with discharge,” menstruating women, and women giving birth (see Johann Maier, The Temple Scroll: An Introduction, Translation, and Commentary, p. 14).

This passage from Leviticus, the social taboos for those considered unclean, and restricting those considered unclean to areas designated for quarantine away from the rest of the community might also explain why she was so reluctant to come forward in the story. She feared reprisal for the violation of even being in a crowd bumping into each other, much less touching Jesus too.

This leads me back to the subject of social location and the tension we find in this narrative between the stories of Jairus’ daughter and the woman sick for 12 years. Not all teachings are universal. Today, some things are acceptable for those in marginalized social locations but not acceptable or even offensive if practiced by those who are more centered or socially privileged. There are things women can say and do that men should not. There are actions appropriate for Black communities and other communities of color that are not acceptable for White people. During Pride month, for example, there are some actions that straight people should not do because they would be appropriative. Social location matters.

When we read this week’s narrative, we typically contrast the social locations of Jairus, a named synagogue leader, and this nameless woman who, because of her condition, is meant to live her life in quarantine and exiled from the rest of the community, including her family.

But the story actually prioritizes and centers this marginalized woman over the named, male, synagogue leader.

Consider the playground teeter-totter for a moment. When one side is lifted up higher than the other, placing the same equal force on both ends of the board would result in no change whatsoever. For the board to balance, one side must receive the upward force or pressure while the other side is left alone.

In the same way, in a hospital, more critical cases are prioritized over less critical ones, and not because some lives are more valuable than others but because some lives are in danger of greater threat. This is exactly the reality missed by those who respond to Black Lives Matter with “All Lives Matter.” It’s because all lives matter that Black lives matter. Black lives are under greater threat in our present system and therefore, Jesus followers especially should practice a preferential option for Black lives.

In the game of Monopoly, you can’t give one player an advantage and then halfway through the game say preferential options are now unfair so no one gets any special treatment. That would leave the original preferential treatment in place. No, a preferential option must benefit those who’ve been disenfranchised until each person can experience an equitable chance in the game. Only then will both sides of the table be playing with the same rules.

Pride month is another example. The LGBTQ community has been shamed into hiding, denied basic human rights of employment, housing, and basic accommodations, and so during Pride month people can reject that shame and heterosexists’ attempts to label them as “less than.” Pride is not, as some Christians say, a rejection of humility. Pride for the LGBTQ community rejects being labelled as of less worth than others. Those who are falsely claiming that we should also have a “straight pride” month ignore the fact that we already have twelve months in a year when straight people are prioritized and told that they belong. As an LGBTQ friend of mine says, “LGBTQ Pride is the opposite of shame, not the opposite of humility.”

What this story doesn’t address is the way that Jairus’ daughter remains subsumed by him and his social location. A good question for us to wrestle with today is what is the right preferential option for Jairus’ daughter, the actual patient? Does she have to pay for the social status of her father? In the end, Jairus’ daughter also receives healing. In the end, both parties receive what they need. But to arrive there, Jesus chose a preferential option for a nameless woman forced to live on the outside of her community, over prioritizing the named leader that typically would have received the priority over others.

Who is the Jesus story calling you to practice a preferential option for this week?

2. Who is the Jesus story calling you to practice a preferential option for this week? Share with your group. 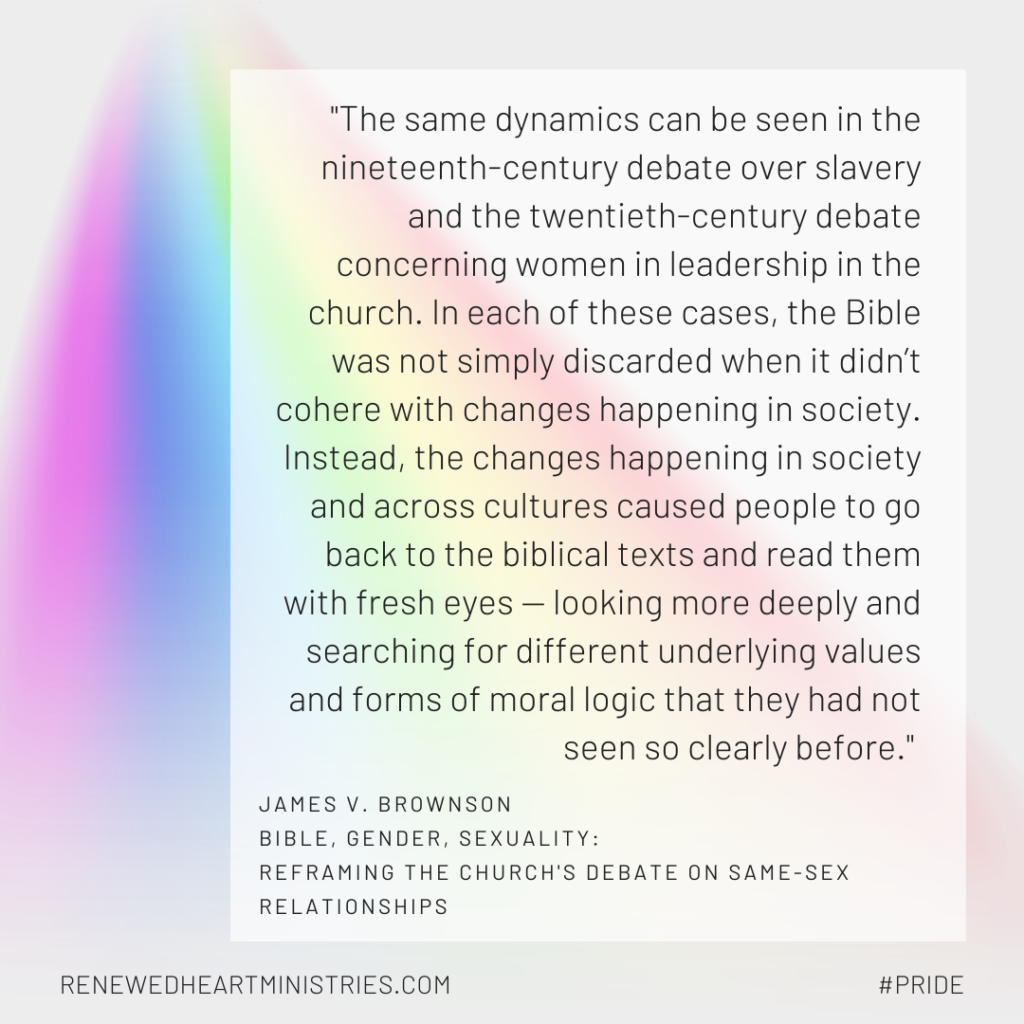