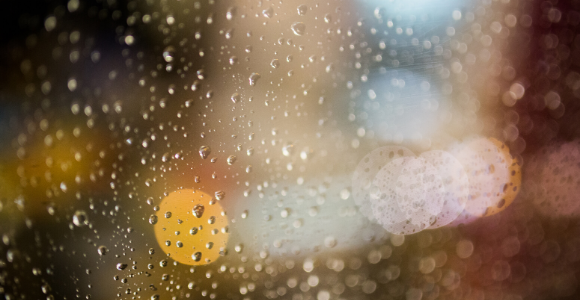 “We actually can transition to a society shaped by justice and love. We can imagine a different way of being together again post-COVID, and that way will be determined by the kind of people we choose to be during COVID. In this work of imagining, faith communities have a part to play, right now.”

In Luke’s gospel, we read,

This passage has repeatedly been on my heart as we are all watching the systemic failures during the pandemic we’re facing here in the U.S. But before we go any further, I want to remind us of something about the gospels. Most scholars believe the order the canonical gospels were written in is Mark, then Mathew and Luke, and finally John. In each successive gospel, there is a growing tendency toward anti-Semitic references, and that trend climaxes with John.

Today’s gospel passage is part of a group of sayings in which Luke’s Jesus warns of coming devastation in the region of Judea, Samaria, and Galilee. Many scholars believe Luke’s gospel was written after the fall of Jerusalem in 70 C.E., and so, as we discussed last week, the author connects Jesus’ economic teachings of distributive justice, the economic elites’ rejection of those teachings, and the Jewish poor people’s revolt in the late 60s. The poor people’s revolt grew into the Roman Jewish war (66-69 C.E.), which resulted in Rome’s violent leveling of Jerusalem in 70 C.E.

Luke’s gospel tries to make sense of such devastation. But again, Christianity has a long, anti-Semitic history of explaining Jerusalem’s destruction as God’s punishment of the city for rejecting Jesus. I don’t believe that.

Yes, the gospel authors connected Jesus’ rejection with what later happened in Judea, Galilee, and Samaria. But they are also making a more organic, intrinsic connection between a society that rejected Jesus’ teachings about redistributing wealth and restructuring the community to prioritize the poor on the one hand and the poor people’s uprising and revolt on the other. The results are not divinely imposed or arbitrary. They are the natural outcome of political, economic, and social causes and effects.

Jesus calls for wealth redistribution, economic distributive justice, and prioritizing those the present system deems “least of these” can offer so much to us during this time. Today, as a result of the pandemic and the systemic responses, we are witnessing a consolidation of wealth rather than a redistribution of it. Jeff Bezos (the owner of Amazon) is on target to becoming the first trillionaire, yet people who need help the most simply aren’t getting it. And those communities our present system has left most vulnerable to COVID-19 are suffering disproportionally while wealthy corporations keep making commercials saying “we’re all in this together.”

Jesus was warning his society not to ignore the calls for economic distributive justice in a Temple-state system that was supposed to collect surplus from the wealthy and redistribute it to those the poor who needed it most. Will those in our future look back at us today and say, “If you, even you, had only recognized on this day the things that make for peace! But now they are hidden from your eyes.”

This passage from Luke is gut-wrenching in its full context. It is a violent and graphic depiction that doesn’t even spare children. Again, the fact that it was written after the fact explains that graphic detail. This passage is part of a long Hebrew prophetic tradition of calling for justice and change.

I listened to an interview recently with Rev. William Barber. He describes the “evil” of the President of the United States using the Defense Authorization Act to make meatpackers go to work, but not using that same Defense Authorization Act to make sure they had the PPE, protections, insurance, or sick leave that they needed. The government used the Defense Authorization Act to force vulnerable populations to go back to work in lethal situations. What the “essential” in essential worker really means now is expendable, because they’re essential, but none of the interventions have given these workers the essentials to protect them and lastly, it has failed to give them also the healthcare they and their families they live in contact with need when they will get sick. The entire interview is worth listening to.

Barber shared stories of unnecessary pain, pain that’s a result of how the pandemic has been handled systemically. He tells the story of Polly, a nurse’s aide in New York who said, “I feel like we’re engaged in mass murder. We’re being led to mass murder.” She said, “We have to buy our own garbage bags to try to have some coverage. We don’t have the masks that we need. None of this was done upfront.” Barber goes on to say to these vulnerable communities not being protected, “Don’t you believe these lies these governors are telling us about the time to open back up the society. Stay at home. Stay alive. Organize. Organize.” The Poor People’s Campaign is demanding that the government do all the things it didn’t do upfront for us as a society to move forward and possibly overcome this pandemic.

The day before I caught this interview, Rev. Dr. Kelly Brown Douglas (Union Theological Seminary) interviewed Dr. Eddie S. Glaude Jr., chair of the Department of African American Studies at Princeton University. Their interview on being the Church in time of COVID-19 is a powerful conversation worth sharing. You can listen to the entire interview at https://www.facebook.com/unionseminary/videos/248181253070899/

In this discussion, Douglas and Glaude make clear how COVID-19 is exposing the injustice of racial inequities in the U.S. It is not an aberration of the U.S.’s experiment with a White Supremacist Democracy (as contrasted with an egalitarian democracy) but a reflection of the very nature of this country. COVID-19 has not created new injustices or inequities but is helping people recognize these elements in our society that already existed. Our present crisis is revealing the “fissures and breakages” to those who would rather not know or remain ignorant. And it is confirming what those who have been bearing the brunt of these injustices—Black and Brown communities, poor communities, elderly people, migrant communities—have known by experience all along. Douglas connects how Trump’s executive order that meatpacking industries will be compensated for the loss of their labor to how slave owners were compensated for the loss of their slave labor after the Civil War when they had no intention to care for the human beings producing their products. Glaude calls this the ugliness of capitalism.

It made me think of how indigenous communities have historically suffered and are still suffering as a result of our economic system. Capitalism has always placed profit, product, property, and power over people and the planet, seeing both people and the planet as disposable. We are again seeing its character in the clamor to reopen states while vulnerable people and communities are dying at disproportionate rates. “Essential,” “expendable,” and “disposable” are all being shown to be synonyms. What’s happening is being chosen by those who in charge at the expense of lives they deem disposable.

Next, the interview transitions to the role that faith communities have during this time. And the final part of this interview is the most important. I’ll save it for you to listen to and I cannot recommend it highly enough. You can find it at https://www.facebook.com/unionseminary/videos/248181253070899/

This time asks us all these questions: Who are we going to be? What will the heart and soul of our societies be? Take a moment to imagine us differently.

This week, most of us don’t have the resources at our disposal to make global change. But we do have within our power the ability to create local change. You can start today, wherever this finds you. Within your family, within your circle of friends, within your faith communities, and the larger community outside of your faith community that you also belong to, we can collectively change the world. That change starts right now, with you, with me, with each of us.

Another world is possible. It’s not a world beyond our present material world, but as Dr. Glaude puts it, it’s beyond the present iteration of our material world. A different iteration of our present material world is possible: a different world here and now. Glaude ends the interview with the call to both imagine a different world and voice the notion that we actually can transition to a society shaped by justice and love. We can imagine a different way of being together again post-COVID, and that way will be determined by the kind of people we choose to be during COVID. In this work of imagining, faith communities have a part to play, right now.