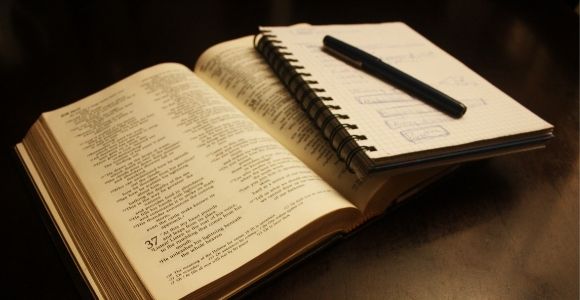 “Classifying our flesh, bodies, and material world or nature as, at best, unimportant or disposable and, at worst, evil or something to be saved from has yielded deeply harmful, destructive fruit throughout Christian history . . . That disregard then led to a privatized, personal, individualistic form of Christianity that was complicit in the oppression of vulnerable populations. We encounter the fruit of this today whenever Christians speak negatively of social justice and related movements for a more equitable society . . . Are there better ways to tell our stories?”

Our reading this week is from the Johannine community’s version of the Jesus story.

Now there was a Pharisee named Nicodemus, a leader of the Jews. He came to Jesus by night and said to him, “Rabbi, we know that you are a teacher who has come from God; for no one can do these signs that you do apart from the presence of God.” Jesus answered him, “Very truly, I tell you, no one can see the reign of God without being born from above.” Nicodemus said to him, “How can anyone be born after having grown old? Can one enter a second time into the mother’s womb and be born?” Jesus answered, “Very truly, I tell you, no one can enter the reign of God without being born of water and Spirit. What is born of the flesh is flesh, and what is born of the Spirit is spirit. Do not be astonished that I said to you, ‘You must be born from above.’ The wind blows where it chooses, and you hear the sound of it, but you do not know where it comes from or where it goes. So it is with everyone who is born of the Spirit.” Nicodemus said to him, “How can these things be?” Jesus answered him, “Are you a teacher of Israel, and yet you do not understand these things? “Very truly, I tell you, we speak of what we know and testify to what we have seen; yet you do not receive our testimony. If I have told you about earthly things and you do not believe, how can you believe if I tell you about heavenly things?” No one has ascended into heaven except the one who descended from heaven, the Son of Man. And just as Moses lifted up the serpent in the wilderness, so must the Son of Man be lifted up, that whoever believes in him may have eternal life. For God so loved the world that he gave his only Son, so that everyone who believes in him may not perish but may have eternal life. Indeed, God did not send the Son into the world to condemn the world, but in order that the world might be saved through him. (John 3:1-17)

The writer explains the differences between them by naming the flesh as bad and the spirit as good. I believe there are more wholistic, healthy, and bodily affirming ways to tell the Jesus story today in our context than this contrast. The dualistic way of classifying our material being and world as negative or disposable and the spirit as positive and of sole value evolved into a major component of later Christian gnostic beliefs. This became the foundation of the postmortem focus of Christianity over the concrete realities people faced in our present world. It also gave rise to a solely inward focus on one’s spiritual well-being, a focus and emphasis that too often produced disregard for oppressions and/or aggressions a person was experiencing in their daily material lives. That disregard then led to a privatized, personal, individualistic form of Christianity that was complicit in the oppression of vulnerable populations. We encounter the fruit of this today whenever Christians speak negatively of social justice and related movements for a more equitable society. When Karl Marx labeled religion as the “opiate of the masses,” religious disregard for people’s material suffering was why.

Today, though, we can tell the Jesus story in better ways. As Miguel De La Torre states in his recently published book, Decolonizing Christianity, “Christianity was never about what one believes or professes but what one does” (p. 112).

What we do is not related to the popular purity preaching we find in some Christian circles. Rather it’s about how we show up in the world in response to concrete injustice, both private and systemic. It’s a doing that’s not just concerned with charity but also addresses “establishing justice” in our communities and society at large (Isaiah 42:4 cf. Amos 5:15; Isaiah 9:7; 16:5; Psalms 99:4).

Classifying our flesh, bodies, and material world or nature as, at best, unimportant or disposable and, at worst, evil or something to be saved from has yielded deeply harmful, destructive fruit throughout Christian history. Whenever a movement to return to the teachings of the Jesus of the synoptics gospels has emerged in Christianity, that movement includes concern for our material world as well as the humanity of those being unjustly treated. Saint Francis of Assisi is just one example.

Given the ecological crisis, risks to our continued existence on Earth, and an increased social consciousness of systemic injustice, a more wholistic way of telling the Jesus story could be healing for our time. It could also be vital. What we need tosday is a balanced relation of the material and spiritual, not a dualistic vilification of one and the lifting up of the other.

Lastly I want to address this portion of our reading this week:

Over the last several weeks, we have repeatedly discussed the harmful results of the myths of self-sacrifice and redemptive suffering when being held up as an example for marginalized or disenfranchised communities to adopt. In this passage from John, nothing has to be interpreted as pointing to Jesus’ death as the substitutionally salvific means by which others are saved.

There was nothing substitutionary about the bronze serpent that Moses lifted up in the wilderness. The serpent didn’t die for the people. It was simply raised on a pole for anyone to look at in faith that by so doing they would be healed. In the same way, I believe that in following the life-giving teachings in the Jesus story, our feet are moved from the path of death to the path of life. The teachings in the Jesus story must be lifted up for people to encounter and, if they see inherent wisdom in them, follow. We could interpret “whoever believes in him” to mean “whoever follows him,” as it does elsewhere in the Jesus story.

I also love how the passage paints God, not as condemning and in need of appeasement with the death of Jesus. Rather John’s God is already poised to save us from the path of intrinsic death that we are already on. I find it meaningful that the term “saved” in the text can just as accurately be translated as healed.

There is most definitely so much in our world today, both personally and societally, individually and systemically, that is in need of healing. This reminds me of the words of Delores Williams in her classic Sisters in the Wilderness:

“Black women are intelligent people living in a technological world where nuclear bombs, defilement of the earth, racism, sexism, dope and economic injustices attest to the presence and power of evil in the world. Perhaps not many people today can believe that evil and sin were overcome by Jesus’ death on the cross; that is, that Jesus took human sin upon himself and therefore saved humankind. Rather, it seems more intelligent and more scriptural to understand that redemption had to do with God, through Jesus, giving humankind new vision to see the resources for positive, abundant relational life. Redemption had to do with God, through the ministerial vision, giving humankind the ethical thought and practice upon which to build positive, productive quality of life. Hence, the kingdom of God theme in the ministerial vision of Jesus does not point to death; it is not something one has to die to reach. Rather, the kingdom of God is a metaphor of hope God gives those attempting to right the relations between self and self, between self and others, between self and God as prescribed in the sermon on the mount, in the golden rule and in the commandment to show love above all else.” (Sisters in the Wilderness: The Challenge of Womanist God-Talk, pp. 130-131)

Do we find teachings lifted up in the Jesus story that aid our work of healing our world’s pain today? If we do, then it is in this healing that our passage rings true.

This week, let’s be a source of healing in our world. Let’s lift up Jesus, too, as one who can deeply inform our work of setting our communities, society, and entire world right side up, making it a safe, equitable, and compassionate home for everyone.

2. In Sex and the Single Savior: Gender and Sexuality in Biblical Interpretation, Dale B. Martin correctly states, “”All interpretation is subjective and interested, people’s interpretations of texts, even those about Jesus, are a product of who they are and where they live.” (p. 101)  Are there stories in the Gospels that you wish there were better ways to tell? Discuss with your group.