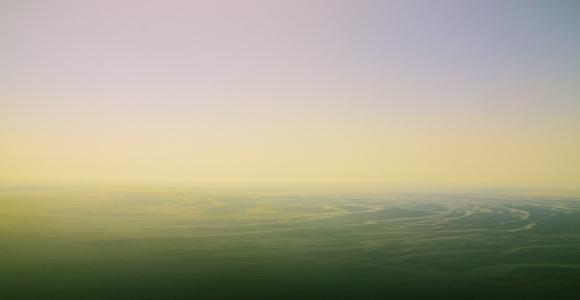 “The facts are that the early Jesus community was comprised of those on the undersides and margins of their society who were in deep need of advocacy or justice socially, politically, and economically within their own societal structures.  This is the context in which I understand the work of the Spirit as Advocate to bear the most life-giving fruit.”

Jesus replied, “Anyone who loves me will obey my teaching. My Father will love them, and we will come to them and make our home with them. Anyone who does not love me will not obey my teaching. These words you hear are not my own; they belong to the Father who sent me. All this I have spoken while still with you. But the Advocate, the Holy Spirit, whom the Father will send in my name, will teach you all things and will remind you of everything I have said to you. Peace I leave with you; my peace I give you. I do not give to you as the world gives. Do not let your hearts be troubled and do not be afraid. You heard me say, ‘I am going away and I am coming back to you.’ If you loved me, you would be glad that I am going to the Father, for the Father is greater than I. I have told you now before it happens, so that when it does happen you will believe. (John 14:23-29)

There is a lot in this week’s reading, some speaks into my following the moral philosophy I see in the Jesus story and some is problematic for me.  What I love about this week’s reading is the reference to the Holy Spirit as an Advocate.

This week in the Western Christian calendar, we are post resurrection, between the resurrection and the ascension of Jesus.  And this week’s reading in John’s version of the Jesus story has Jesus taking about his departure. It is through this departure, in John, that the Holy Spirit is bestowed upon Jesus’ followers.  And this spirit is characterized repeatedly in John as Advocate.

Advocacy is public support for or recommendation of a particular cause, policy or community. It is any action that “speaks in favor of, recommends, argues for a cause, supports or defends, or pleads on behalf of others.” (See here.)

I grew up hearing the Spirit as Advocate as interpreted in some way as an intermediary interposing between sinful humans and a holy God.  Today, I reject any interpretation of this language that places humanity and divinity on polar opposites and a mediator in between. I experienced that bearing bad fruit in my own life and I believe it produces bad fruit societally, as well.

What I now understand (and love) is the fact that the early Jesus community was comprised of those on the undersides and margins of their society who were in deep need of advocacy or justice socially, politically, and economically within their own societal structures.  This is the context in which I understand the work of the Spirit as Advocate to bear the most life-giving fruit.

One of the social issues facing Jesus followers in the book of John was being removed from the synagogue. This is a large topic which space does not allow for here.  But I do question whether this actually ever happened. Much of the history between Judaism and Christianity is not characterized by Jews persecuting Christians but Christians persecuting Jews. This was written during a time when Gentile Christians were wanting to distance themselves from their Jewish siblings under the Roman Empire. What better way to do so than to villainize them. The following passages include anti-semitic language. We must be honest about this. My purpose in sharing it is to illustrate that John’s idea of the Spirit as an Advocate was as an advocate between humans in matters of justice not between humans and the divine in matters of sinfulness and holiness.

Consider the following passages in John’s version of the Jesus story where being removed from the synagogue is a penalty for Jewish people who follow Jesus.

“His parents said this because they were afraid of the Jews; for the Jews had already agreed that anyone who confessed Jesus to be the Anointed would be put out of the synagogue.” (John 9:22)

“Nevertheless many, even of the authorities, believed in him. But because of the Pharisees they did not confess it, for fear that they would be put out of the synagogue.” (John 12:42)

For that first audience, “advocate” would have called to mind actual legal proceedings Jewish leaders initated against Jesus’ followers. The theme of being brought to trial appears in the early synoptic gospels as well:

“When they bring you to trial and hand you over, do not worry beforehand about what you are to say; but say whatever is given you at that time, for it is not you who speak, but the Holy Spirit.” (Mark 13:11)

“So make up your minds not to prepare your defense in advance; for I will give you words and a wisdom that none of your opponents will be able to withstand or contradict.” (Luke 21:14-15)

“When they bring you before the synagogues, the rulers, and the authorities, do not worry about how you are to defend yourselves or what you are to say; for the Holy Spirit will teach you at that very hour what you ought to say.” (Luke 12:11-12)

The Spirit as Advocate would have first and foremost been heard by John’s original audience as an advocate in matters pertaining to this life.  Early Christians were not concerned with saving people from post-mortem realities as much as they were focused on caring about people’s social condition in the here and now.

We have confirmation of the spirt as an advocate in the context of people’s social conditions in the very beginning of Jesus ministry in Luke’s version of the story.

“The Spirit of the Most High is on me,

because the Most High has anointed me

to proclaim good news to the poor.

and recovery of sight for the blind,

to set the oppressed free,

Notice it was the Spirit being on Jesus here (as quoted from Isaiah) that caused him to be an advocate for those on the undersides and margins of his society.  It is also telling that he refers to the Spirit in the book of John as a second or “another” Advocate. (see John 14:16)

This work of Advocacy had deeply Jewish roots and is found throughout the Hebrew Scriptures.  One such example is Proverbs 31:8 “Speak out for those who cannot speak, for the rights of all the destitute.”

Presently in U.S. society, we are facing a radical departure from progress that has been made over the last four decades in regards to rights of bodily autonomy of women, transpeople and gender queer folk.  With the revelation of the Supreme Court’s intention to overturn Roe vs. Wade, the bodily autonomy of people in these communities is just the latest example of how advocacy work is needed today just as much as it has ever been.

The words of one such advocate in this fight I found well said this past week.  I have tried to track down their reference. I have had no such luck. All sources of this online that I have found have the author’s name redacted. Nonetheless this is worth sharing here in the same spirit of advocacy we are discussing.

“Here’s the thing, guys. It doesn’t matter. It doesn’t matter when life begins. It doesn’t matter whether a fetus is a human being or not. That entire argument is a red herring, a distraction, a subjective and unwinnable argument that could not matter less. It doesn’t matter whether we are talking about a fertilized egg, or a fetus, or a baby, or a 5 year old, or a Nobel Peace Price winning pediatric oncologist. NOBODY has the right to use your body against your will, even to save their life, or the life of another person. That’s it. That’s the argument. You cannot be forced to donate blood, or marrow, or organs, even though thousands die every year on waiting lists. They cannot even harvest your organs after your death without your explicit, written, pre-mortem permission. Denying women the right to abortion means we have less bodily autonomy than a corpse.”

And one more, this one from Leila Cohan on Twitter:

As it’s been repeatedly said, you can’t outlaw abortions, only safe abortions.  And, for those who need this to be said, you don’t have to be pro-abortion to be pro-choice.  In fact, there are countless ways to socially, politically, and economically reduce abortions in a society that are infinitely more successful than outlawing abortions and that still protect a person’s bodily autonomy. Outlawing abortions doesn’t stop abortions. It only makes them unsafe. If a person really wants to lower abortions this is the most ineffective way to go about it.

This week, this is where my advocate heart is moved to action.

Where, as a Jesus follower, is the Spirit as Advocate impressing upon you to take action, this week?