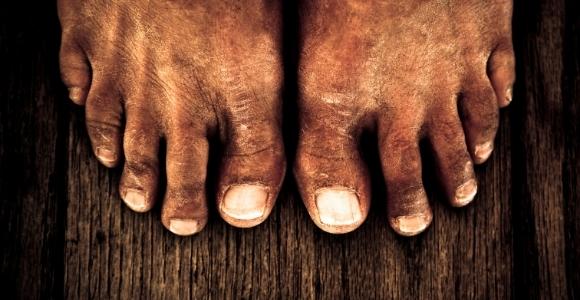 “I want to offer an alternative interpretation. Poverty is a human-made reality, and therefore poverty can be eradicated through our choices in how we structure our societies . . . I don’t believe Jesus’ words in John about poor people should be interpreted as establishing as an existential reality that poverty is an eternal, unchangeable given for our world.”

“Six days before the Passover, Jesus came to Bethany, where Lazarus lived, whom Jesus had raised from the dead. Here a dinner was given in Jesus’ honor. Martha served, while Lazarus was among those reclining at the table with him. Then Mary took about a pint of pure nard, an expensive perfume; she poured it on Jesus’ feet and wiped his feet with her hair. And the house was filled with the fragrance of the perfume. But one of his disciples, Judas Iscariot, who was later to betray him, objected, “Why wasn’t this perfume sold and the money given to the poor? It was worth a year’s wages.” He did not say this because he cared about the poor but because he was a thief; as keeper of the money bag, he used to help himself to what was put into it. “Leave her alone,” Jesus replied. “It was intended that she should save this perfume for the day of my burial. You will always have the poor among you, but you will not always have me.” (John 12:1-8)

John creatively resets this story from previous versions of the Jesus story by including the characters Mary, Martha, and Lazarus. There are both significant differences and consistent story elements. What is common in each version is a meal, a woman interrupting the meal, a container of perfume, objections from some of those present at the meal, and Jesus’ defense of the woman’s actions. Oral storytelling traditions commonly alter story details for the storyteller’s purposes or the needs of their audience. John’s storytelling does that too.

In John’s version of this story, we are in Mary, Martha, and Lazarus’ home, not the home of Simon the Pharisee (Luke) or Simon the Leper (Mark and Matthew). The woman who interacts with Jesus is Mary of Bethany (Martha and Lazarus’ sister), not the woman of ill repute as in Luke, nor an unnamed woman as in Mark and Matthew, and most definitely not Mary Magdalene (contrary to the 6th Century Pope Gregory, Mary of Magdalene is a completely different character in John’s gospel). Mary also anoints Jesus’ feet (not his head as in Mark and Matthew). Foot-washing was a customary hospitality practiced at dinners in a culture where people ate together seated in a reclining position on the floor, not at a table that hid guests’ feet.

In this story, Mary’s act is one of gratitude, specifically for the events of the previous chapter. In that chapter, Lazarus, Mary’s brother, had gotten sick and died, and Jesus brought him back from the dead to live again. This is a repeated theme in the gospels: life and life-giving overturning, undoing, and reversing death and death-dealing. It is one of the strongest, most life-giving interpretations of the Jesus story. The story is not primarily that someone died, but that that the state’s murder of someone who was calling for social change was overturned, undone, and reversed. The life-giving teachings of this Jewish prophet of the poor from Galilee lived on in the life of his followers. In Acts 13:32-33, the early believers say: “We tell you the good news: What God promised our ancestors he has fulfilled for us, their children, by raising up Jesus” (italics added).

The good news in this interpretive paradigm is not that Jesus died, but that Jesus overcame death, death-dealing and the state. His story is a story of life overcoming death, or love overcoming in the end—love that overcomes hate, fear, injustice, and bigotry.

In John 11, Jesus conquered, reversed, and undid Lazarus’ death. Jesus had said to Lazarus’ and Mary’s sister, Martha, “I am the resurrection and the life” (see John 11:25).

Again, in John, Mary is anointing Jesus in an act of gratitude for Jesus’ reversal of sickness and death and his channeling that reversal as “the resurrection and the life.” We must not miss that in John’s story, Jesus states that Mary had been saving this perfume for Jesus’ burial. So the fact that Mary instead uses it now hints that she has learned his lesson—life and love will overcome in the end.

Those hearing this story are being prepared for how John’s version of the Jesus story will turn out: Perfume will not be needed to anoint a dead body lying lifeless in a tomb. No, that tomb will be found empty. Mary has embraced Jesus as the resurrection and life, and has chosen, not to save her perfume for a dead body but to use it now in gratitude. Love will win in the end. She won’t need this perfume later, and she is banking on it.

Lastly, I want to address Jesus’ words, “You will always have the poor among you.” This statement, which appears in each gospel, has been used by the wealthy to discourage Jesus’ followers from working toward economic justice and social change. In this interpretation, Jesus’ phrase is a prediction that trying to end poverty is futile, that poverty is an eternal social reality and there is nothing we can really do to prevent it. They would like us to think that all we can do to ease poverty in society is acts of charity and creating a society where poverty doesn’t exist is impossible.

But this interpretation benefits those who are enriched by the status quo and don’t want to see structural change. Charity is not justice, remember. Charity can ease injustice but leaves an unjust system unchanged.

I want to offer an alternative interpretation. Poverty is a human-made reality, and therefore poverty can be eradicated through our choices in how we structure our societies.

Consider this passage from the Torah:

“At the end of every seven years you must cancel debts. This is how it is to be done: Every creditor shall cancel any loan they have made to a fellow Israelite. They shall not require payment from anyone among their own people, because the LORD’S time for canceling debts has been proclaimed. You may require payment from a foreigner, but you must cancel any debt your fellow Israelite owes you. However, there need be no poor people among you, for in the land the LORD your God is giving you to possess as your inheritance, he will richly bless you, if only you fully obey the LORD your God and are careful to follow all these commands I am giving you today.” (Deuteronomy 15:1-5)

This passage states that there doesn’t need to be “poor people” among Israelites. They are being given instruction on how to eradicate poverty. Later in the same chapter, we read, “There will always be poor people in the land [i.e. the surrounding societies outside of Israel]. Therefore I command you to be openhanded toward your fellow Israelites who are poor and needy in your land [as opposed to the larger societies in which poverty will always exist because the way those societies are shaped] (italics and capitalization added).

I don’t believe Jesus’ words in John about poor people should be interpreted as establishing as an existential reality that poverty is an eternal, unchangeable given for our world. Even if one does, however, then we can read Jesus as saying that Israelite society has become like the surrounding nations in Deuteronomy where poverty “will always exist” because of their structure. Jesus words here are an indictment of his society’s rejection of the mandate to forgive debts every seven years. Therefore, they were choosing to structure their society by immortalizing poverty as the surrounding nations in Deuteronomy 15 had. These choices can be reversed. We can structure our societies differently. The early Jesus followers in the book of Acts eradicated poverty from their own community in Jesus’ name:

“With great power the apostles continued to testify to the resurrection of the Lord Jesus.”

Remember, it was not that Jesus had died, but that he had been resurrected. His death had been reversed.

“And God’s grace was so powerfully at work in them all that there were no needy persons among them. For from time to time those who owned land or houses sold them, brought the money from the sales.” (Acts 4:33-34, italics added)

Last year, I mentioned these words of Nelson Mandela and Gustavo Gutierrez in Declaring War Against Poverty:

“Like slavery and apartheid, poverty is not natural. It is man-made and it can be overcome and eradicated by the action of human beings.” (Nelson Mandela, in a 2005 speech at the Make Poverty History rally in London’s Trafalgar Square)

There is a lot to consider here.

How are you being called to be a conduit of love, healing, life, and life-giving in your own contexts, this week?

2. How do you perceive poverty as something that could be prevented in our society? What would our society have to incorporate in order to eradicate poverty? Discuss (and imagine) with your group. 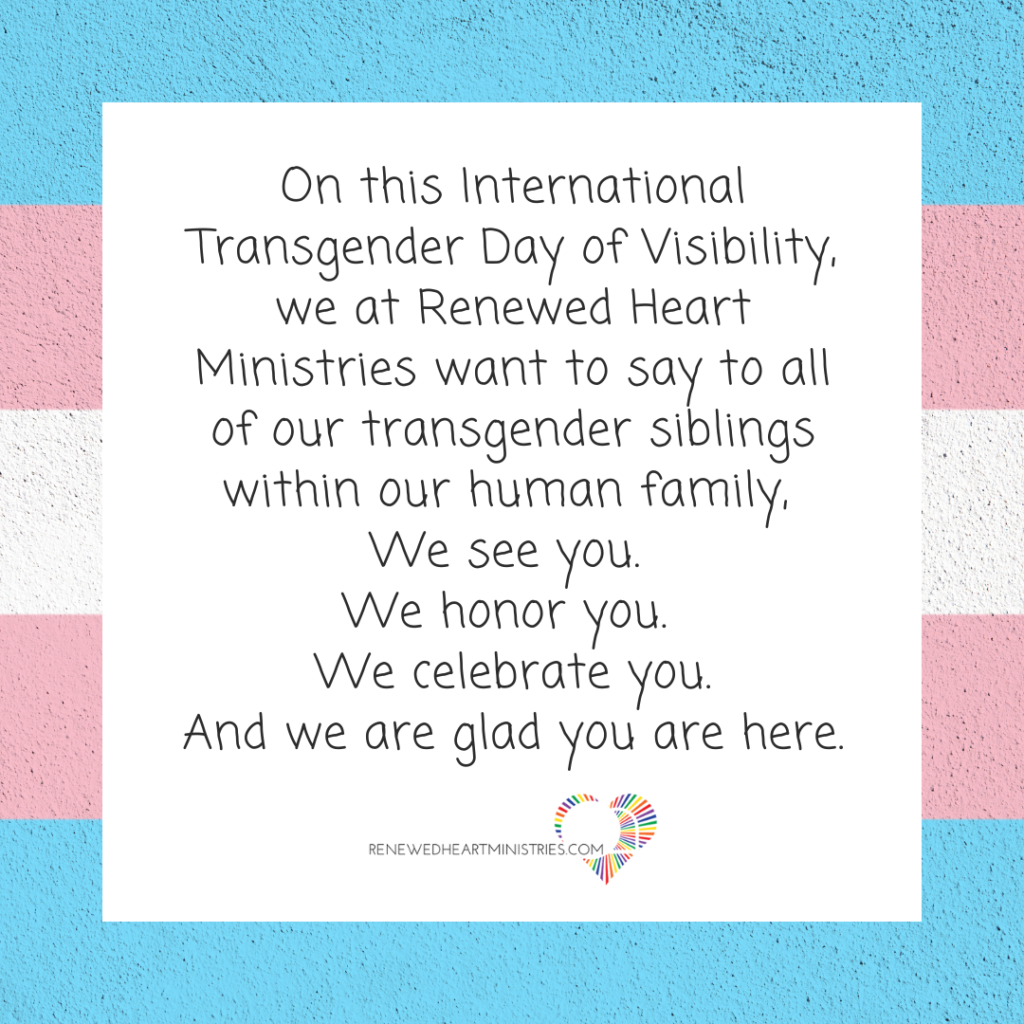