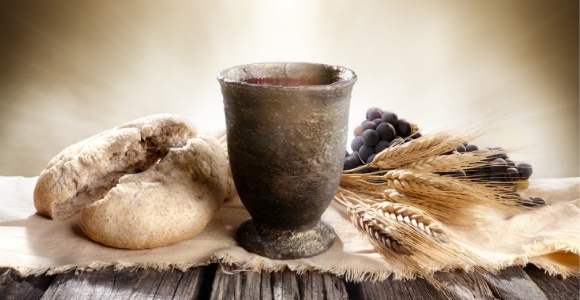 The synoptic gospels, Matthew, Mark, and Luke, offer consistent political comparisons between Jesus’ vision for human society (God’s just future) and the status quo of the society Jesus found himself in instead . . . certainly we can do the same with economic, political, and social policies in our time. And if we see progressive social movements resonate with the values we find in the Jesus story, then certainly all of us who claim that story as the heart of our faith tradition could check ourselves. We could choose to be last in line to oppose those progressive visions for American society rather than being among the loudest opponents of distributively just change.

Our reading this week is from Luke’s telling of the Jesus story:

In the sixth month of Elizabeth’s pregnancy, God sent the angel Gabriel to Nazareth, a town in Galilee, to a virgin pledged to be married to a man named Joseph, a descendant of David. The virgin’s name was Mary. The angel went to her and said, “Greetings, you who are highly favored! The Lord is with you.” Mary was greatly troubled at his words and wondered what kind of greeting this might be. But the angel said to her, “Do not be afraid, Mary; you have found favor with God. You will conceive and give birth to a son, and you are to call him Jesus. He will be great and will be called the Son of the Most High. The Lord God will give him the throne of his father David, and he will reign over Jacob’s descendants forever; his kingdom will never end.” “How will this be,” Mary asked the angel, “since I am a virgin?” The angel answered, “The Holy Spirit will come on you, and the power of the Most High will overshadow you. So the holy one to be born will be called the Son of God. Even Elizabeth your relative is going to have a child in her old age, and she who was said to be unable to conceive is in her sixth month. For no word from God will ever fail.” “I am the Lord’s servant,” Mary answered. “May your word to me be fulfilled.” Then the angel left her. (Luke 1:26-38)

The first thing that stands out to me about Luke’s telling of the Jesus story is how it differs from Matthew’s. The message from Heaven comes to Nazareth rather than Bethlehem. Joseph is the recipient in Matthew’s version, but in Luke, it’s Mary. Luke has already patterned one pregnancy so far after the pregnancy stories of other matriarchs in Hebrew folklore: for Luke, Elizabeth, mother of John the Baptist, is a contemporary Sarah (Genesis 17-18) or Hannah (1 Samuel 1-2).

But Mary’s conception is quite different. Mary is not past child-bearing age like Elizabeth and the other women of the Jewish stories. Her story is not a miracle after the birthing time of life has passed. Mary is young, independent of men, and quite capable of bearing children. She is at the beginning of her life journey. Her conception will be a miracle of quite a different nature.

Not one conception in Jewish history fits Luke’s description of how Mary conceived Jesus. But in Rome, the story of a virgin conceiving and giving birth to the son of God had a political context.

The most well-known Roman story of divine conception was of Caesar Augustus. In The Lives of Caesars, Suetonius cites Discourses of the Gods by Asclepias:

When Atia had come in the middle of the night to the solemn service of Apollo, she had her litter set down in the temple and fell asleep, while the rest of the matrons also slept. On a sudden a serpent [Apollo] glided up to her and shortly went away. When she awoke, she purified herself, as if after the embraces of her husband, and at once there appeared on her body a mark in colors like a serpent, and she could never get rid of it; so that presently she ceased ever to go to the public baths. In the tenth month after that Augustus was born and was therefore regarded as the son of Apollo. (94:4)

Many scholars believe the divine Caesar Augustus’s conception story was patterned after Alexander the Great’s conception legend as well as that of the Roman general Scipio Africans, imperial conqueror of the Carthagians. In these Greco-Roman stories of divine conceptions, male gods impregnating human women to bear great leaders or conquerors were quite common.

So it appears that Luke’s divine conception of Jesus, with the spirit of God coming upon Mary (Luke 1:35), laid the foundation for concluding Jesus was superior to Caesar. That world did not think conception by human-divine interaction was impossible, and so Luke’s telling of the Jesus story had to begin on equal footing with Caesar’s. Consider the story of Jesus’ birth through these political lenses, not modern scientific ones. Luke contrasts the politics of Jesus with the politics of Rome. Both Jesus and Caesar were referred to as the son of God, both were referred to as the savior of the world, and both were also titled as Lord. Luke’s listeners would have to decide which peace was genuine, lasting and life-giving: the Pax Romana from Caesar, his armies, and his threats, or the peace found in following the teachings of Jesus. Roman peace came through military conquering and the imposed terror of threat toward anyone who disrupted Rome’s peace. Jesus’ peace came through a distributive justice where no one had too much while others didn’t have enough and everyone sat under their own vine or fig tree (Micah 4:4).

We’re now nearing the season of Easter. Let’s not forget that Jesus was crucified by Rome not because he was starting a new religion, but because his political teachings on justice for the oppressed, marginalized, and disenfranchised threatened to upset the status quo underlying the Pax Romana. His audience was growing and Rome had to silence his voice.

The synoptic gospels, Matthew, Mark, and Luke, offer consistent political comparisons between Jesus’ vision for human society (God’s just future) and the status quo of the society Jesus found himself in instead. This makes me wonder how our own contemporary society’s political goals would fare if we compared and contrasted the values of the American dream with the values we find in the Jesus story.

How does imprisoning children on the southern border or anywhere else in the country compare with Jesus’ vision of world where no one is illegal?

How does forgiving student loan debt compare with Jesus’ vision for world where all debts are cancelled?

How does universal healthcare or health care as a human right compare with Jesus’ life of healing those on the margins of his society?

How does eliminating poverty or closing the vast wealth gap between classes and races compare with Jesus’ gospel of the kingdom that belongs to the poor?

How do reparations for America’s heritage of slavery and genocide compare with Jesus’ call for those with ill-gotten wealth to sell everything and give the proceeds to those they exploited?

How do police reform or abolition compare to a Jesus story where the central figure was the victim of state brutality himself?

Do the values of the Jesus story offer us something better today than the status quo the privileged and elite still desperately hold on to?

I don’t mean that our society should become Christian. Christianity has proven unsafe when it comes to protecting vulnerable human populations from harm: women, people of color, LGBTQ people, and many others have been harmed and their stories have yet to be listened to in many sectors of Christianity today. Even the sacred text of Christianity has been too vulnerable to abuse by those with power, prejudice and bigotry. The recent murders in the Atlanta spas are yet another sad example. (Sadly White and/or colonial Christianity is the only form of the faith most of the world has been touched by.) Whatever one’s interpretation of Christianity’s sacred texts, the voices of those who have been harmed are still needed to ensure our interpretations are genuinely life-affirming and life-giving.

If Luke could compare Roman economic, political, and social policy with Jesus’s teachings, then certainly we can do so with economic, political, and social policies in our time. And if we see progressive social movements resonate with the values we find in the Jesus story, then certainly all of us who claim that story as the heart of our faith tradition could check ourselves. We could choose to be last in line to oppose those progressive visions for American society rather than being among the loudest opponents of distributively just change.

There are exceptions to this pattern. It burdens me that they are merely exceptions. Support for progressive movements that resonate with Jesus’ distributively just economic, political and social values could be the rule for Jesus followers today, if we would choose it. And conscious choices are exactly what it will take.

2. What comparisons and contrasts can you make with Jesus teachings and current discussions in your own society regarding how we resources and power is distributed? Share with your group.