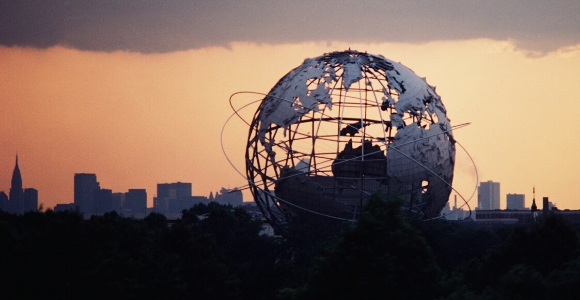 “Change can scare those benefitting from the present system no matter how unjust that system may be for others. Sadly the moderates in any given society typically side with the establishment, not with those being most marginalized.”

What energized the early Jesus movement was that Jesus counterintuitively denied that the just future they anticipated was coming at some point in the future. No, he declared: it had arrived! A new way of shaping human society toward justice, compassion, and inclusion had come, and it was theirs for the choosing. A movement had risen around Jesus’ egalitarian teachings and they were being invited to participate in it. A movement toward the just future they longed for had arrived. The question was what they were going to do about it. Notice the following passages:

“Repent, for the kingdom of heaven HAS come near.” (Matthew 3:2)

“From that time Jesus began to proclaim, ‘Repent, for the kingdom of heaven HAS come near.’” (Matthew 4:17)

Jesus was not announcing that His kingdom would arrive soon, in the future. He proclaimed that the time had already come. He saw his purpose as traveling from one city to the next, proclaiming its arrival!

“But he said to them, ‘I must proclaim the good news of the kingdom of God to the other cities also; for I was sent for this purpose.’” (Luke 4:43)

“Soon afterwards he went on through cities and villages, proclaiming and bringing the good news of the kingdom of God.” (Luke 8:1)

Reconsider the passage we began with in Luke 17:

The gospel authors used the rhetoric of “kingdom” or “empire” in their own Jewish culture and Roman societal context. Today we have better language to use: the language of kingdom is now rightly seen as authoritarian, hierarchical, and rooted in patriarchy. Jesus’ teachings on the “kingdom” were egalitarian, and his vision for ordering human society didn’t look anything like a kingdom. Let’s simply call it Jesus’ vision of God’s just future. This just future had actually arrived and Jesus contrasted it with the Roman Empire. Its treatment of the poor, inclusion of the marginalized, nonviolent obstruction of present systems of injustice, liberation of the incarcerated, and calls for reparations for those harmed in the present system confronted those listening to Jesus with the difference between the kind of society they were living in and the kind of society that could be, if they chose it.

Notice the contrast in these two verses:

“So also, when you see these things taking place, you know that the kingdom of God is NEAR.” (Luke 21:31)

“For I tell you that from now on I will not drink of the fruit of the vine until the kingdom of God COMES.” (Luke 22:18)

Had the time come, yes. Was it near? Yes. Had the beginning already begun? Yes. Could it also be stopped and prevented from coming in its fullness? Absolutely.

The time for change had come, but, as with all movements, positive momentum could be obstructed, slowed, and even halted. The time for a just future may have come, but change can scare those benefitting from the present system no matter how unjust that system may be for others.

Would the established elite be able to stop this movement or would the proletariat that comprised the early Jesus movement actually be able to make the changes they resonated with in the teachings of Jesus? Sadly the moderates in any given society typically side with the establishment, not with those being most marginalized.

In the gospels, Jesus announced that the beginning of God’s just future had arrived. He called his followers to enlarge this beginning, and it was obstructed almost immediately.

That obstruction is the meaning we can safely take from the cross of Jesus. The cross was the establishment’s no to Jesus’ vision of God’s just future. The cross interrupted Jesus’ salvific work, while the resurrection reversed the interruption and inspired Jesus’ early followers to live out his vision of a just future.

I’m reminded of how Rev. Dr. Kelly Brown Douglas phrases it in her powerfully written book Stand Your Ground: Black Bodies and the Justice of God.

“The resurrection is God’s definitive victory over the crucifying powers of evil . . . As the cross is defeated, so too is that power. The impressive factor is how it is defeated. It is defeated by a life-giving rather than life-negating force. God’s power, unlike human power, is not a ‘master race’ kind of power. That is, it is not the power that diminishes the life of another so that others might live. God’s power respects the integrity of all human bodies and the sanctity of all life. This is a resurrecting power. Therefore, God’s power never expresses itself through humiliation or denigration of another. It does not triumph over life. It conquers death by resurrecting life. The force of God is a death-negating, life affirming force.” (p. 187)

Douglas goes on to reference Audre Lorde’s phrase, “The master’s tools will never dismantle the master’s house. They may allow us to temporarily beat him at his own game, but they will never enable us to bring about genuine change.” Douglass then responds to Lorde:

One of the uses of the threat of a cross in Roman society was to prevent rebellion or resistance. It was used to keep oppressed communities silent or passive. To stand up to injustice was to embrace the possibility that one might also end up on a cross for doing so. This context of standing up and speaking out, fully knowing what the repercussions may be, is the context I believe it’s most life-giving to read these words in Luke’s gospel from Jesus:

“Then he said to them all, ‘If any want to become my followers, let them deny themselves and take up their cross daily and follow me. For those who want to save their life will lose it, and those who lose their life for my sake will save it.’” (Luke 9:22–24)

Those who choose to save their life by remaining passively silent in the face of injustice are the ones who end up losing their life and humanity, even if they live on with their privilege and position untouched.

God’s just future is both future and present. The future/present paradox is not either/or, but both/and. God’s just future begins every time someone chooses justice over injustice, liberation over subjugation, equity over exploitation, and thriving over extinction. It also can be obstructed.

Every time we choose to stand with those most vulnerable to injustice, the beginning of God’s just future is here, now, obstructed though it may be. We get to choose which way the moral arc of the universe bends. The status quo either bends us, or we bend it. It shapes us, or we shape it.

And this leads me to a question I get asked a lot. But what about when we feel like our taking a stand isn’t making much of a difference? I have to admit, I too am wrestling with those feelings this week after spending Monday at my state Capital talking to our representatives. I’m reminded of the story of A.J. Muste.

A.J. Muste replied softly: “Oh I don’t do this to change the country. I do this so the country won’t change me.”

I believe that when we choose to take a stand, the beginning of God’s just future has arrived.

Will it grow to fruition? That is for us, collectively, to decide.

When we see movements toward a more just, more compassionate, safe society at work, we can oppose them, choosing a more moderate, less-threatening-to-the-establishment path, or we can come alongside those movements, pitching in our own energy and resources to work for change.

If we do that, we can confidently say with Jesus, God’s just future, though obstructed, is already “among you.”