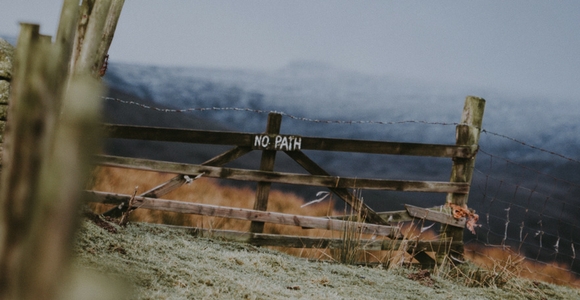 Photo by Annie Spratt on Unsplash

“Yes, we are to engage in the work of justice alongside those working in matters of labor, race, and the developing world. We are to also engage that work in matters of gender equality, ability, age, sexual orientation, gender identity and expression, and indigenous people’s rights.  We have an important choice to make. Either we will choose to allow anxiety and frenzied desperation to lead us down a path of mass destruction we wrongly think will create peace, or we can choose to be fiercely loyal to our fellow human siblings, seeing ourselves in their eyes, seeing ourselves in their struggle toward distributive justice. We can choose the beautiful but difficult task of building a world that will eventually thrive through compassion, safety, justice, and peace.”

“To shine on those living in darkness and in the shadow of death, to guide our feet into the path of peace.” (Luke 1:79)

I had a smart mouth as a teenager. I was the quintessential little guy with a big mouth and I had a lot of growing up to do. But what kept me out of trouble was that I had a bigger friend whom no one in my school wanted to mess with. Most of the school was afraid of my friend, which ensured no one messed with me. It assured me a certain level of peace and freedom from anxiety as I walked through my school’s halls. I’m not proud of how I abused this social insurance in my public junior high school.

Now consider our global community. At the risk of oversimplification, there are a lot of parallels between junior high and high school and the international climate right now. On February 2, the Trump administration announced its new nuclear weapons strategy. It comes with a price tag of at least $1.2 trillion for upgrading the United States’ nuclear weapons arsenal and developing new nuclear weapons too.

Anti-nuclear advocates have stated this strategy is “radical” and “extreme.” As the climate breaks down around the globe, this new strategy (and the new global arms race it will set in motion) has caused the doomsday clock to be moved up 30 seconds to two minutes to midnight. (Read more at The Guardian.)

Whether I’m thinking back to my school’s locker lined hallways or at our global community today, I see two paths toward peace. One I would argue is not actually a path toward peace, but a lull before the next fight/war. The other path is rooted in what some refer to as enough-ism. I’ll explain.

Jesus lived in a culture where the known world’s peace was later called the Pax Romana (the Roman peace). That peace was similar to how peace is presently attempted in our global community. In a world controlled by capitalists whose primary motive is to protect their present and potential future profit, “peace” is achieved in the way I had peace roaming my school’s hallways: either have the biggest stick yourself, or be friends (allies) with the one who has the biggest stick. Be the biggest bully on the top of the hill yourself, or at least have that bully as a friend you keep happy with you. In this model, pragmatism takes a higher priority than people. Humanity as a whole is considered of less value than the fate of an elite few.

That’s the peace of Rome: achieved through fear of violence. To make waves in the Roman world was to court the possibility that you could end up on a Roman cross. Jon Sobrino refers to this in his evaluation of Jesus as a holy troublemaker who also unmasked injustice, making waves in solidarity with those being pushed to the margins and undersides of his own society:

“Jesus, then suffered persecution, knew why he was suffering it and where it might lead him. This persecution . . . reveals him as a human being who not only announces hope to the poor and curses their oppressors, but persists in this, despite persecution . . . The final violent death does not come as an arbitrary fate, but as a possibility always kept in mind.” (Jon Sobrino, Jesus the Liberator, p. 201)

True to form, like most people who stand up to the system in a way that significantly threatens those in positions of power and privilege, Jesus ended up on a cross. This is how threats are handled on this pathway to this kind of peace.

The Pax Romana, and the kind of peace America attempts to achieve globally, puts many Jesuses on many crosses along the way. Ultimately, it produces Hiroshima and Nagasaki. If Jesus’ cross does nothing else for us, it should at least unmask the results of this strategy. The human price tag alone should be enough to awaken opposition in the lives of Jesus followers. After all, this is the same policy that brought Jesus and many more with him to death before their time.

In the gospels we encounter a Jesus who had a different vision for peace than Rome did. Jesus’ vision was of peace through distributive justice: no one would have too much while others did not have enough. It was a reparative justice, a restorative justice, and a transformative justice. It was enoughism.

Jesus envisioned a world where the poor in spirit were given the kingdom (Matthew 5:3). This phrase does not mean spiritually poor. That interpretation has been used, too often, to circumvent Jesus’ call for us to stand in solidarity with those who are materially poor. It is also not a call to become poor in spirit. In Luke, we are told that Jesus, even as a child, was not poor in spirit, but “strong in spirit” (Luke 1:80).

So what does Jesus mean in Matthew by “poor in spirit”? We get a clue just two verses later in Matthew 5:5 where Jesus says, “Blessed are the meek, for they will inherit the earth.” In our present world, the meek are not given the earth but are rather walked on, walked over, and bullied. Jesus calls us to create another kind of world, one where even the meek, the most vulnerable among us, are taken care of and ensured a safe world to call their home as well. This is what Jesus means by “poor in spirit.”

Today’s world belongs to those who have a fighting, competitive spirit, a drive to succeed. But some have had their spirit so broken that they simply don’t have any spirit left to try. Jesus calls us to create a world where those whose spirits have been broken and who don’t have anything left to give are taken care of. “Blessed are those who mourn for they will be comforted.” For these people, the new world will bring reparative, restorative, and transformative comfort. A new world is possible!

That leads me to the differences between the Pax Romana, the kind of global peace America seeks today, and the peace that is the fruit of the world Jesus envisioned. The peace in the gospels is not peace because the biggest bully with the biggest stick is sitting on top of the heap telling everyone to sit down and shut up. The peace we find in the gospels is a peace that is the intrinsic fruit of a world shaped by the values of distributive justice. Everyone has enough.

Two relevant statements from Borg and Crossan in their book, The First Christmas:

“The terrible truth is that our world has never established peace through victory. Victory establishes not peace, but lull. Thereafter, violence returns once again, and always worse than before. And it is that escalator violence that then endangers our world.” (Marcus J. Borg and John Dominic Crossan, The First Christmas, p. 65, 166)

It was this same violent path toward peace that in the end put Jesus on a Roman cross. IAs Sobrino rightly states, it is also the source of “all other violences.”

“First, Jesus’ practice and teaching demand absolutely the unmasking of and a resolute struggle against the form of violence that is the worst and most generative of others because it is the most inhuman and the historical principle at the origin of all dehumanization: structural injustice in the form of institutionalized violence. It follows that we have to unmask the frequent attitude of being scandalized at revolutionary violence and the victims it produces without having been scandalized first and more deeply at its causes.” (Jon Sobrino, Jesus the Liberator, p. 215)

Again, there are two paths toward peace. We can work on bigger, more technologically advanced bombs. Or we can work toward reparations, restoration, and redistribution that considers not only what is just for us, but also what is just for those we share the world with and who are the most vulnerable among us.

“It is crucially important for Christians today to adopt a genuinely Christian position and support it with everything they have got. This means an unremitting fight for justice in every sphere—in labor, in race relations, in the ‘third world’ and above all in international affairs.” (Thomas Merton, Peace in the Post-Christian Era, p.133)

There are more spheres than the ones mentioned by Merton, too. Yes, we are to engage in the work of justice alongside those working in matters of labor, race, and the developing world. We are to also engage that work in matters of gender equality, ability, age, sexual orientation, gender identity and expression, and indigenous people’s rights.

We have an important choice to make. Either we will choose to allow anxiety and frenzied desperation to lead us down a path of mass destruction we wrongly think will create peace, or we can choose to be fiercely loyal to our fellow human siblings, seeing ourselves in their eyes, seeing ourselves in their struggle toward distributive justice. We can choose the beautiful but difficult task of building a world that will eventually thrive through compassion, safety, justice, and peace.

This is the path of peace that the gospels and the teachings of the Jesus we find there call us to:

“To shine on those living in darkness and in the shadow of death, to guide our feet into the path of peace.” (Luke 1:79)

In the book I mentioned above, Borg and Crossan remind us that each path toward peace requires something of us.

“Each requires programs and processes, strategies and tactics, wisdom and patience. If you consider that peace through victory has been a highly successful vision across recorded history, why would you abandon it now? But whether you think it has been successful or not, you should at least know there has always been present an alternative option—peace through justice.” (Marcus J. Borg and John Dominic Crossan, The First Christmas, p. 75)

What are some of the programs, processes, strategies, tactics, wisdom and patience that this alternative path toward peace involves? Discuss these with your group and see what you can come up with. And then find a way in your community that your HeartGroup can engage the work of distributive justice. Know that as you do so, you are working toward peace. As the saying goes, if you want peace, work for justice.