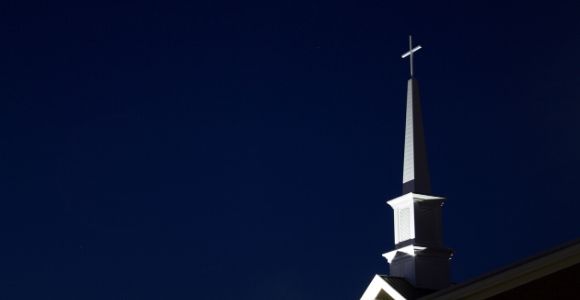 “What is needed for empowered, privileged Christians who support a corrupt administration today to follow Zacchaeus’ example? What is needed for Christians to take more seriously Jesus’ commands to stand with the vulnerable and those on the margins rather than the systems that harm them?”

Luke’s gospel brings us the story of a tax collector named Zacchaeus who walks away from his support of and participation in a systemically unjust and exploitative system to become a Jesus follower. In response to Zacchaeus, Jesus said, “Today salvation has come to this house, because this man, too, is a son of Abraham” (Luke 19:9).

The picture we get from the synoptic gospels is of a 1st Century Jewish prophet of the poor traveling through his society’s margins, teaching and calling his audiences to a distributively just society where those on the edges are included. Jesus appears in the stories as one who, like prophets such as John the Baptist before him, was a voice on the margins, “crying in the wilderness. ” Jesus’ vision was of the kind of society that the Rev. Dr. Kelly Brown Douglas refers to as God’s just future.

Do Jesus’ ethical teachings still offer anything relevant to us in the 21st century, as we work to reverse systemic injustice? I’m convinced they do.

Luke’s story indicates that Zacchaeus was Jewish but also complicit in the injustice of the larger Roman empire. Like many Christians today who continue to unconditionally support the present administration in the U.S. despite harms to decency, democracy, minoritized people, and our planet, Zacchaeus participated in Rome’s economic exploitation of the vulnerable people around him.

Yet Zacchaeus finally wakes up. Luke doesn’t tell us what caused him to. He only tells us that Jesus declares his intention to go to Zacchaeus home, and the crowd objects, rightly accusing the unjust Zacchaeus of being “a sinner.” Then Zacchaeus stands up and declares, “Look, Lord! Here and now I give half of my possessions to the poor, and if I have cheated anybody out of anything, I will pay back four times the amount” (Luke 19:8).

This was a deep reversal for Zacchaeus. He not only walks away from his support of Roman administration but he also offers reparations to those his previous actions harmed.

Jesus then responds, “Today salvation has come to this house, because this man, too, is a son of Abraham” (Luke 19:9).

For my Christian friends, Jesus does not define salvation as a legal transaction in heaven that assures Zacchaeus of post-mortem bliss. Nor does Jesus define Zacchaeus’ salvation as a pardon or letting him off the hook. Jesus instead defines salvation as the healing of Zacchaeus’ most inward being, healing that manifests in Zacchaeus’ rejection of an unjust system and his decision to work to undo the injustice of that system.

When, as Christians, we view salvation as remote forgiveness, as convincing God to let us off the hook, or as obtaining a celestial ticket to heaven, we are actually defining salvation differently than Jesus did.

I want to be careful here. The change was not so that a person could be saved. The change itself was the salvation. When we define Jesus’ vision of salvation as getting free of heavenly legal charges rather than the healing, liberation, and reparations he taught during his life, even salvation labeled as “by grace” is just another form of legal-ism. In this story we see something different: someone was complicit with an unjust system’s harm of others and that someone made a radical change in the direction in his life and became a follower of Jesus, the Jewish prophet of the poor.

Luke contrasts the tax collector Zacchaeus with the wealthy religious teachers who had made fun of Jesus’ economic teachings two chapters previously.

“The Pharisees, who loved money, heard all this and were sneering at Jesus.” (Luke 16:14)

What this story communicates to me is that rejecting systemic injustice is not optional for those who desire to follow Jesus. People may bear the name of Christian, but if they support corrupt administrations who do harm in exchange for political favor or for the sake of winning a decades-long culture war, they are out of harmony with the teachings of Jesus.

I’d like to believe Zacchaeus understood this. Political, economic, religious, or even social advantage does not justify participating in or supporting a corrupt system that does harm.

Remember, the picture we get of Jesus in Matthew, Mark, Luke, and John, is of an itinerant teacher gathering those who will join him in a distributively just way of organizing and doing life as a community called “the kingdom of God.” The “kingdom of God” is not a place in the heavens or a place some go when they die. The “kingdom of God” is a vision of a just future in which people prioritize the least of these. History will judge us most critically by how we take care of “the least of these” among us.

Jesus’ vision of a distributively just future was about how we do life in the here and now. He called his listeners to go against what the status quo had taught them and to organize society instead, in ways that are life-giving for all.

Today, the Jesus story still invites us to choose a world shaped by distributive justice. To follow Jesus and live the Jesus way is not about saying a sinner’s prayer or attending a service once a week and then going back to the way things have always been done. To follow Jesus means adopting a life-giving way of living.

But the “kingdom of God,” God’s just future, received pushback then, and it will also receive as much from today’s elites. The cross was the elite of society’s violent “no” to Jesus’ vision of God’s just future. The resurrection undid all the violence of Jesus’ death, causing the hope of a just future to live on in the lives of Jesus’ followers. I believe that hope can live on in those who bear Jesus’ name today. Much will have to change in certain sectors of Christianity for that to happen, but I believe nonetheless that it’s possible.

I believe following Jesus is about learning to follow Jesus’ practice of love, inclusion, just distribution, and mutual aid, nonviolence, and compassion toward others. His practice was reparative and transformative and has the power to change our lives personally and systemically. If politics is society deciding who gets what, when, and how, and if we consider Jesus’ sermon on the mount, the politics of the Jesus story are:

Jesus’ vision of a just future is for the here and now.

The arc of history can bend toward justice if we bend it that way.

We have choices to make.

Who will be our Zacchaeuses today?

1. What parallels and contrasts do you see with Zacchaeus’ story and U.S. Christians today who fail to disavow the U.S.’s present destructive administration? If you need an example, ponder the children still in cages along the U.S. southern border. Discuss as a group.

2. Five years into the reign of the German Reich, in 1938 Dietrich Bonhoeffer preached:

“Faith is a decision. We cannot avoid that. ‘You cannot serve two masters’ (Matthew 6:24) . . . But with this Yes to God belongs an equally clear No. Your Yes to God demands your No to all injustice, to all evil, to all lies, to all oppression and violation of the weak [or vulnerable] and poor . . .”

What does this Bonhoeffer’s dichotomy mean for you today? Discuss as a group.

3. Create a list of how you can collectively say “no” to injustice as a follower of Jesus in our present context. Pick something from your list and begin putting it into practice this week.