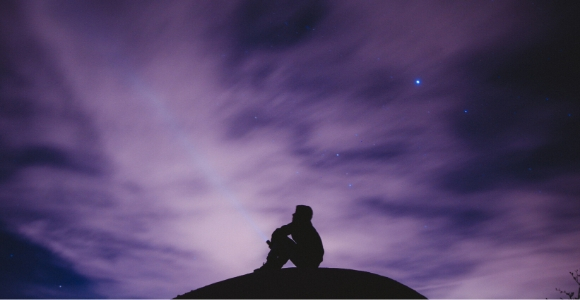 “If you believe God loves someone, justice for them isn’t far behind. Love for those on the margins is the seed out of which the reality of God’s inclusive, just future sprouts.”

This story in Luke’s gospel may be the most famous one Jesus ever told: the story of the prodigal son and the older brother. Jesus told this story for a reason.

“Now the tax collectors and sinners were all gathering around to hear Jesus. But the Pharisees and the teachers of the Law muttered, ‘This man welcomes sinners and eats with them.’” (Luke 15:1-2)

In response, Jesus tells three stories, the last of which is the story of the older brother we are considering here.

“But while he [the prodigal son] was still a long way off, his father saw him and was filled with compassion for him; he ran to his son, threw his arms around him and kissed him. The son said to him, ‘Father, I have sinned against heaven and against you. I am no longer worthy to be called your son.’ But the father said to his servants, ‘Quick! Bring the best robe and put it on him. Put a ring on his finger and sandals on his feet. Bring the fattened calf and kill it. Let’s have a feast and celebrate. For this son of mine was dead and is alive again; he was lost and is found.’ So they began to celebrate. Meanwhile, the older son was in the field. When he came near the house, he heard music and dancing. So he called one of the servants and asked him what was going on. ‘Your brother has come,’ he replied, ‘and your father has killed the fattened calf because he has him back safe and sound.’ THE OLDER BROTHER BECAME ANGRY AND REFUSED TO GO IN. SO HIS FATHER WENT OUT AND PLEADED WITH HIM. But he answered his father, ‘Look! All these years I’ve been slaving for you and never disobeyed your orders. Yet you never gave me even a young goat so I could celebrate with my friends. But when this son OF YOURS who has squandered your property with prostitutes comes home, you kill the fattened calf for him!’ ‘My son,’ the father said, ‘you are always with me, and everything I have is yours. But we had to celebrate and be glad, because this brother of yours was dead and is alive again; he was lost and is found.’” (Luke 15:20-32, emphasis added.)

The context of this story is economic. “Prodigal” is not a synonym for “sinner.” It means someone who spends money and resources recklessly with no thought of the future.

People labeled others sinners in Jesus’ community when they lived outside of certain interpretations of what it meant to be faithful to the teachings of the day. The label “sinner” has always been tied to the social purpose of marginalizing and/or subjugating certain folks while privileging others. I’m not saying that there are no such things as intrinsically destructive choices. I am saying that designating someone as a “sinner” is bound up with social, political, and economic exclusion because it is based on the interpretations of those centered in society.

And in this story, Jesus is including those whom the elite of his day taught should be excluded.

I was once a fundamentalist. I used to believe that the only reason anyone would not be “saved” in the end was that they had rejected God’s love for them. But the longer I ponder the story of the prodigal and his brother, the more I see how mistaken I was.

The context of this story shows that if any are left in “outer darkness” (see Matthew 8:12; 22:13; 25:30) if any are left out of Jesus’ vision of God’s just future, it will not be because they could not believe God’s love for them. Rather, like the older brother in this story, it will be that they cannot accept the inclusion of someone else that they feel should be excluded. It’s labeling someone else as other and seeking to exclude them from the table that causes us to be intrinsically out of harmony with Jesus’ vision for God’s just future—a world of safety, compassion, inclusion, justice, and love—a future we can shape.

“When Jesus reached the spot, he looked up and said to him, ‘Zacchaeus, come down immediately. I must stay at your house today.’ So he came down at once and welcomed him gladly. ALL THE PEOPLE SAW THIS AND BEGAN TO MUTTER, ‘HE HAS GONE TO BE THE GUEST OF A SINNER.’” (Luke 19:5-7, emphasis added.)

This is the famous story of Zacchaeus, the chief tax collector, who climbed into a tree to see Jesus pass by (see Luke 19:1-2). As a person who is also of a shorter stature, I know that if you are short, you step up onto the curb to see a parade, and the taller people stand behind you. This works unless some people do not want you there and shut you out from a good view.

But Zacchaeus, being resourceful, knew the procession route, ran ahead and climbed a tree.

When this parade begins, Jesus is on his way to Jerusalem to confront the economic injustice of the economic, political, and religious elite at the heart of that society. But Jesus stops along the way to include this tax-collector who he perceives is changing his mind about Jesus’ economic teachings on the poor. Imagine the people objecting to Jesus, “But Jesus, this man is a sinner!”

Zacchaeus interrupts them all:

“Zacchaeus stood up and said to the Lord, ‘Look, Lord! Here and now I give half of my possessions to the poor, and if I have cheated anybody out of anything, I will pay back four times the amount.’” (Luke 19:8)

Just a few days earlier, some of the Pharisees had responded to Jesus’ call to give their possessions to the poor by “sneering” at him (see Luke 16:13,14). I can imagine Jesus with tears of joy in his eyes at this chief tax collector responding so differently. “Today,” he says to Zacchaeus, “salvation has come to this house, because this man, too, is a son of Abraham” (Luke 19:9).

Not everyone acknowledged that salvation had come.

Those left outside in Jesus’ story about the prodigal and older brother are not those whom the elites had labeled as “sinners” to be excluded. No, the ones outside the party are the ones who cannot handle Jesus modeling a just future where those they feel should be excluded are included instead.

What is the Jesus story whispering to us here?

Those left out of Jesus’ vision of God’s just future won’t be those who couldn’t believe in God’s love for themselves. They’ll be those who could not embrace God’s love for someone else—someone whom they thought should not be included. If you believe God loves someone, justice for them isn’t far behind. Love for those on the margins is the seed out of which the reality of God’s inclusive, just future sprouts.

The question Jesus followers today must ask is this: when we see Jesus’ inclusion being practiced, do we celebrate like those who “went in” in Jesus’ story, or do we mimic the “older brother,” refuse to “go in,” or even threaten schism to protect our practices and sense of superiority?