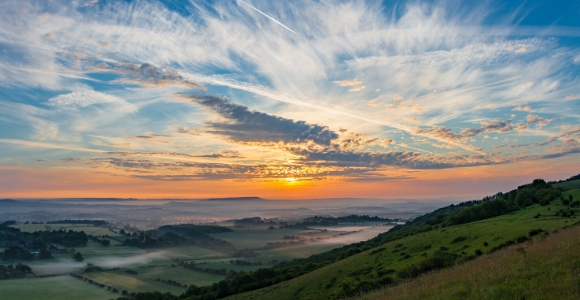 “This I believe is the genius of the ethic of enemy love that Jesus and many others in history have taught. Rightly understood, it enables one to stand up to one’s enemies while not becoming like them.”

“But to you who are listening, I say: Love your enemies, do good to those who hate you, bless those who curse you, pray for those who mistreat you.” (Luke 6:27)

In Part 1 we discussed what the ethic of enemy love may mean and what it most definitely does not mean.

Socially and historically, one of the most used methods for uniting a society or community has been to rally that community against a common enemy. It’s effective and it’s easy. Produce a common enemy, and people who were once enemies will join together against that enemy. In Shakespeare’s play Henry IV, Henry gives this advice to his son, who will become Henry V after him:

“Be it thy course to busy giddy minds
With foreign quarrels, that action, hence borne out,
May waste the memory of the former days.”
(Henry IV Part II, Act IV, scene V)

Another example is found in Luke’s version of Jesus’ arrest, trial, and execution. Herod and Pilate struck up a friendship, yet until Jesus appeared on the scene, they had been enemies.

Jesus taught a different way of living life together. One of the ethical threads in the fabric of his community was that members would no longer be united in hatred for a common enemy. Rather they’d be united in the practice of loving their enemies.

Jesus was calling his Jewish community back to its roots of enemy love when he said:

“You have heard that it was said, ‘Love your neighbor and hate your enemy.’ But I tell you, love your enemies.” (Matthew 5:43)

This teaching went back centuries:

“If you come across your enemy’s ox or donkey wandering off, be sure to return it. If you see the donkey of someone who hates you fallen down under its load, do not leave it there; be sure you help them with it.” (Exodus 23:4,5)

At the same time, in both Jewish and Christian scriptures, one can also find support for hating one’s enemy. What made Jesus stand out in his own time and culture was his ability to parse and interpret his community’s teachings in life-giving ways. We are called to do the same.

Jesus’ vision of a just, safe and compassionate society calls us to include those who are presently our enemies, those who oppose a more compassionate society. For Jesus, enemies were to be seen as capable of change. No person was disposable, no matter how wrong they may have been. We are all connected, all of us. And as difficult as it may be, we are in this together.

Evolutionary Survival Ethic of the Past

A few years ago, I placed my 16-year-old daughter on an airplane and she flew from West Virginia to Colorado all by herself to visit her grandmother. Because she was underage, she was assigned a flight attendant to watch over her and get her safely from our care to her grandmother’s.

It could be debated that hatred of one’s enemies has, in the past, worked toward our survival as a human species. Even if that proves true, I would offer that the time for such has passed, we have outgrown its usefulness. The future does not belong to those who hate, but to those who have found a way to love, even their enemies.

Love is Not Naive

Enemy love does not mean we accept our enemies’ behaviors and choices. It means we refuse to allow their actions to change who we are. We remain responsible for our own choices and are able to choose how we respond (response-able) to our enemies’ choices. We act, proactively, out of the kind of person we choose to be. We don”t simply react to the types of people our enemies choose to be. As we said in part one, we’re part of a humanity that also includes our enemies. Yet we choose not to be the same kinds of people our enemies are choosing to be.

James Baldwin, whom I admire greatly, wrote of this principle in his classic The Fire Next Time:

“I am very much concerned that American Negroes achieve their freedom here in the United States. But I am also concerned for their dignity, for the health of their souls, and must oppose any attempt that Negroes may make to do to others what has been done to them. I think I know—we see it around us every day—the spiritual wasteland to which that road leads. It is so simple a fact and one that is so hard, apparently, to grasp: Whoever debases others is debasing himself. That is not a mystical statement but a most realistic one, which is proved by the eyes of any Alabama sheriff—and I would not like to see Negroes ever arrive at so wretched a condition.” (p. 83, emphasis added)

Love acknowledges the choices our enemies make. Love even obstructs enemies’ harmful actions. Yet it stops short of allowing a person to become the same type of person as their enemy. Love means choosing not to debase another person in the way they have debased us. We don’t ignore the actions of our enemies. We simply choose to be shaped by something greater than their actions.

This I believe is the genius of the ethic of enemy love that Jesus and many others in history have taught. Rightly understood, it enables one to stand up to one’s enemies while not becoming like them. It breaks the mimetic tendency we as humans have to simply mimic each other, even in violence. It breaks the chain and enables us to be different, to do differently than what has been done to us.

While holding our enemies accountable, we can do so with a transformative, reparative, and restorative perspective rather than with retribution in mind. This approach holds on to our enemies’ humanity and seeks a path toward a just future that includes transformation for them too. Dr. King, who strove to understand and rightfully apply the ethic of enemy love, stated as much in his sermon Loving Your Enemies, delivered at Dexter Avenue Baptist Church in November 1957:

So it would seem that there really isn’t a middle ground. We either permit our enemies’ actions to shape us, to determine the kind of people we will be, or we choose a path that has the potential (without guarantee) to shape our enemies as we choose to be the kinds of people we aspire to be.

Liberation theologies today might say we can choose to remain free internally, in our own inmost being, while we work to become free outwardly.

Enemy love is difficult. But most things that are worth it are.

1. Are there stories of enemy love that you find compelling for you, today? Share one with your group.

2. What did you learn from last week’s exercise/practice? Share with your group.

3. How can your HeartGroup deepen its practice of enemy love collectively this coming year?