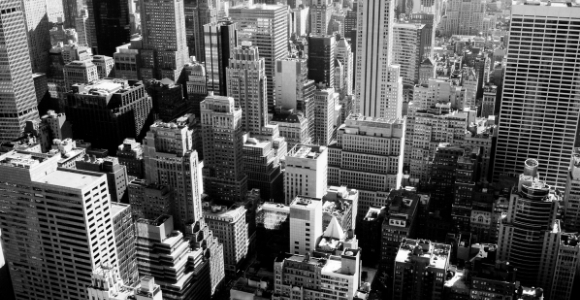 “Now after John was arrested, Jesus came to Galilee, proclaiming the good news of God, and saying, ‘The time is fulfilled, and the kingdom of God has come near; repent, and believe in the good news.’” (Mark 1:14–15)

If the scholars have rightly determined when Mark’s gospel was written, it was written at a time when many Jewish followers of Jesus were trying to find purpose after the devastation of Jerusalem, the temple, and the temple-state that functioned from there. Political tensions with Rome had escalated to an uprising, war, and ruin. With Jerusalem devastated, Mark draws our attention away from a Jerusalem-centered movement and to a Galilean-centered movement rooted in the teachings of the itinerant Jesus.

Mark’s gospel also redefines the “kingdom” of the apocalyptic book of Daniel’s “son of man” (see Daniel 7). In Mark’s gospel, Jesus is the “messiah” (Mark 1:1). This label had yet not become Christianized or anti-Semitic and was still associated with many Jewish liberation movements whose anointed ones (“messiahs”) promised liberation from Rome. Rome’s most recent response to these messiahs had razed Jerusalem to the ground.

The Hebrew prophets called for social justice and liberation of the oppressed, and located restoration on earth, with “Jerusalem” being the center to which the entire world would flock. And now Jerusalem is no more.

Now in 2021, in wake of the present Covid-19 pandemic, so many here in the U.S. have experienced losses of unimaginable magnitude. Does Mark’s version of the Jesus story still offer us today any concrete hope and encouragement toward our hopes for a just, safe, compassionate world? How does the gospel of Mark call us to reimagine a just society in 2021? We’ll consider this and more in this short series.

If Mark could offer good news or “gospel” in the midst of such loss for its intended audience, maybe we can find some here, too.

In this climate, Mark’s gospel reimagines the kingdom of this son of man. Could an end of violence, injustice, and oppression rise out of Galilee rather than Judea? If we compared Judea and Galilee in the first century, we’d find ethnic, geographic, political, economic, cultural, linguistic, and religious differences between them. Matthew and Mark emphasize the Galilean context, while Luke’s gospel and Acts centers their stories of Jesus in Jerusalem and, from there, grows (through Paul) to the rest of the Gentile world.

Mark’s gospel, believed to be the earliest written in our Christian scriptures, uses the Greek term for Good News or “Gospel,” euaggelion. This originally was neither a religious nor a Christian term but was instead a political term that announced a new status quo. Whenever Rome would conquer a territory, it would send out an “evangelist” who would proclaim to the conquered territory the “gospel” or good news that they were now under the rule of the peace of Rome (Pax Romana). The messenger would announce that Caesar was the son of God and Rome was the savior of the world. They would proclaim that Rome’s dominion would give the conquered territory a newfound prosperity and peace (Plutarch, Agesilaus, p. 33; Plutarch Demetrius, p. 17; Plutarch, Moralia [Glory of Athens], p. 347)

The challenge for Mark’s audience would have been that Rome, the supposed savior, and Ceasar, this son of God, had just obliterated Jerusalem and the Jewish temple. The Roman term gospel communicated the arrival of a new social order, but, for the Jewish people Rome’s order had failed in the most harmful way possible.

The Jesus of Mark’s gospel took this term and announced the “Kingdom of God” rather than the kingdom of Rome (Mark 1:15). I prefer Rev. Dr. Kelly Brown Douglas’ term “God’s just future” rather than “kingdom,” given the patriarchal and politically problematic nature of kingdoms for us today.

Never once does the Jesus of Mark offer people a way to “get to heaven.” Rather, he travels the Galilean countryside announcing a new social order, here and now, in opposition to Rome’s failed order. The political and economic social order among the elite families of the temple-state of Jerusalem had proven incapable of stemming social unrest and uprising.

Though Jerusalem is no more by the time Mark is written, Jesus teaches in the justice traditions of the Hebrew prophets. Is the just world envisioned by the prophets and Jesus still possible without Jerusalem? Mark’s gospel answers, yes: God’s just future is still possible if we’ll choose it. Old geographical expectations about the new social order would have to change, but Mark could still envision the hope of a just, safe, compassionate world with a place for us all through his Jesus and his teachings.

Today, we must hold on to the hope that a different iteration of our world is possible, too.

The Greek word for repent is metanoeo. It means to rethink something, to think differently about things, or to reconsider. Mark’s Jesus proclaims a gospel that invited a radical rethinking of how to order society. Jesus was calling his followers to reassess their values and placing the vulnerable at the center of those values, not just the wealthy and elite. This rethinking applied to both those being oppressed by the current social order and to those oppressing them.

Today, too, we can predict that exploitative systems and economic structures must change or humanity will cease to exist. Mark’s audience had seen exploitation’s destructive end. The ever-burning fire of violence between oppressors and the oppressed had escalated till Jerusalem stood smoldering.

The Greek phrase for “repent and believe” is metanoesein kai pistos. This phrase is used in other contexts than in the gospels of Matthew, Mark, Luke, and John. Josephus’ autobiography, for example, records an event that took place when he tried to end various Galilean seditions “without bloodshed.” Josephus engaged with the “captain” of the brigands “who were in the confines of Ptolemais” and told him that he would forgive “what he had done already if he would repent of it, and be faithful to me [Josephus] hereafter.” Josephus was requiring this brigand to abandon his violent revolutionary inclinations and trust Josephus for a better way. Josephus uses the same phrase Jesus does: “metanoesein kai pistos emoi (Thackery, The Life of Flavius Josephus, p. 10)

Whereas Josephus blamed brigands and Jewish rebels for the destruction Rome wreaked on Jerusalem, today we’d call that victim-blaming. Rome chose to economically exploit the people in Galilee and Judea through client kings and the temple-state’s high priests. And when the people finally had been bled dry and could not take any more, Rome chose to respond by leveling Jerusalem to the ground.

Mark’s gospel lifts this phrase, metanoesein kai pistos emoi, (repent and believe in what I’m telling you) to call its audience, not to the passive acceptance Josephus offered, but to reimagine what a just world could look like, even in the wake of such devastation and setback.

What is Mark’s Jesus saying to us today?

A different iteration of our present world is possible even now if we would collectively choose it, and it will take us choosing it together. Mark’s Jesus story subverts present structures and offers a way of imagining our world where people matter over power, privilege, property, and profit. Just as it did for Mark’s original audience, this reimagining of our present world involves a radically new way of thinking about redistributing resources with values of compassion, justice, equity, and concern for the safety, well-being, and thriving of those the present system leaves vulnerable to harm.

This vision is of a world of social structures rooted in love for all. As Dr. Emilie Townes states, and as we at RHM are fond of often quoting, “If we begin with the belief that God loves everyone, justice isn’t very far behind.” In the words of Mark’s gospel, when we start with love, a just future “has come near” (Mark 1:15).

2. Justice is what love looks like in public. Take a moment to reimagine how you’d like to see our world reshaped this week. Discuss some of your reimagining with your group.